It'll be ready to hit the roads in December.

The compact SUV craze continues with more manufacturers than ever offering their take on the class. This funky new Volkswagen T-Roc will face tough competition from Peugeot, Mini and Nissan.

It is a striking design from a company that tends to favour a more conservative approach, however,  in this class it pays to be fashion conscious. Bold creases, scuff plates and plastic cladding give the new T-Roc small SUV a rugged appearance. Detail touches such as the intricate daytime running lights and a wide grille add a distinct sense of class.

You can give your T-Roc a bit of personality with the customisation options available. Bright colours will turn heads as will the two-tone paint schemes. The interior can also be specced with contrasting trim.

Speaking of the interior, there is a good amount of space inside. Useful storage spaces and a big 445-litre boot will be ideal for hosting all of the family’s gubbins.

All T-Rocs get a 6.5-inch touchscreen, or you can option a glass-encased 8-inch display. The larger screen can also be had with Apple CarPlay and Android Auto. Add the optional 11.7-inch digital driver’s display and you can replace those old-fashioned dials, too.

Under the bonnet there is plenty of choice with a total of six engines available. The smallest petrol is a 113bhp 1-litre unit with a six-speed manual gearbox and front wheel drive. A larger 1.5 producing 148bhp can be had with the choice of a manual or seven-speed DSG automatic transmission and all-wheel drive. The largest petrol engine is a 187bhp 2-litre that only comes with the DSG and all-wheel drive.

If diesel is more your thing, the range kicks off with a front-wheel-drive 1.6-litre with 113bhp. A 148bhp 2.0-litre TDI can be had with everything including all-wheel drive and a seven-speed DSG. King of the diesel hill is a 187bhp 2-litre that sends power to all four wheels via that DSG.

Sharing the same platform as the Volkswagen Golf means that the T-Roc remains the right size to take on the hubbub of the high street. That said, an even smaller SUV based on the T-Cross Breeze concept will arrive in the near future.

You can preorder a Volkswagen T-Roc from September ready for the car to hit UK roads in December. Pricing has yet to be announced, but expect the latest VW SUV to cost from around £19,000. 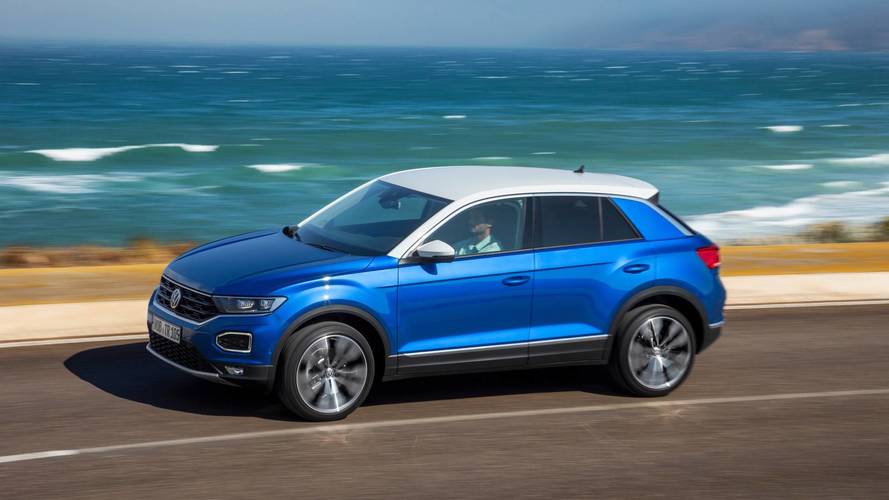