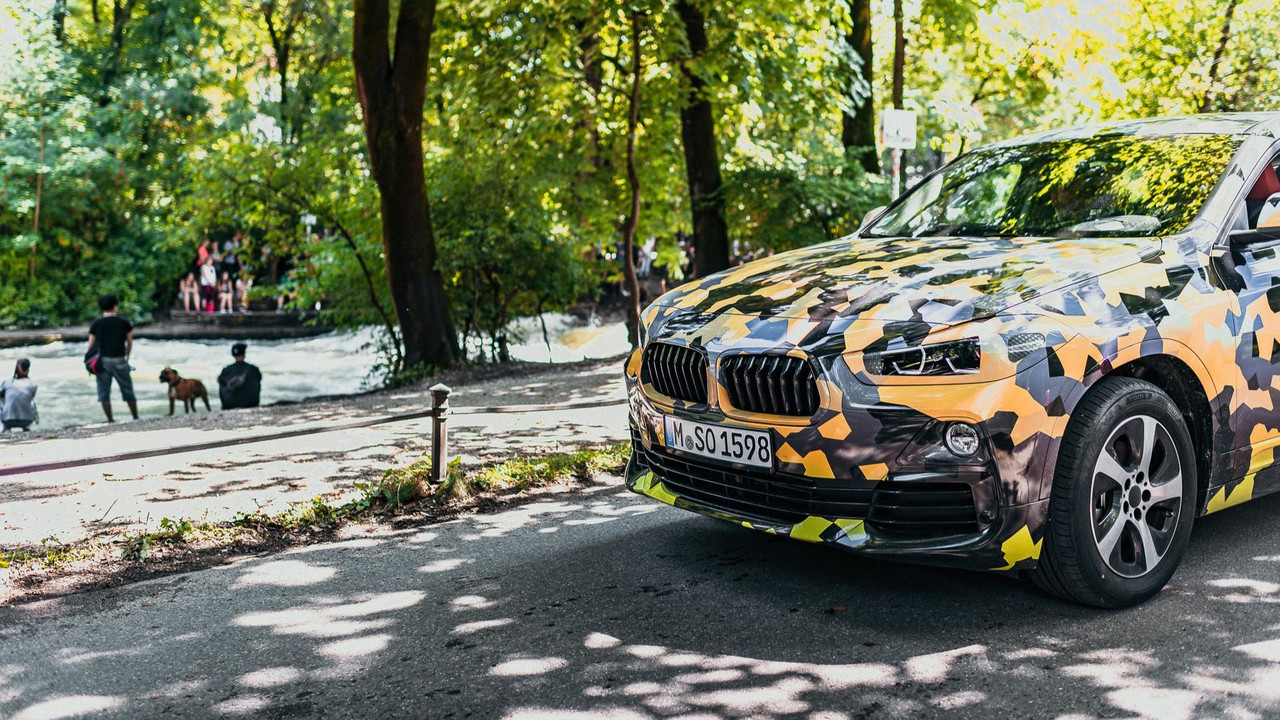 The new small SUV will sit between the X1 and X3 in BMW's rapidly expanding range.

BMW has teased its new X2 mini SUV with some official ‘spy’ photos showing the car in a range of city locations wearing so-called ‘urban camouflage’.

The Munich-based manufacturer calls its new car a ‘sports activity coupe’, and it will be aimed at owners of its smaller cars who want something with a better view of the road ahead.

From what can be glimpsed of the X2’s styling, it has the usual clean lines you’d expect of a BMW, along with a window line that rises sharply alongside the back seats, giving the small SUV a rakish look.

The X2 shares its underpinnings with the X1, 2 Series Active Tourer and Mini Countryman, and will share the X1’s range of small turbocharged petrol and diesel units.

The production car is expected to be unveiled at the Frankfurt motor show in September.