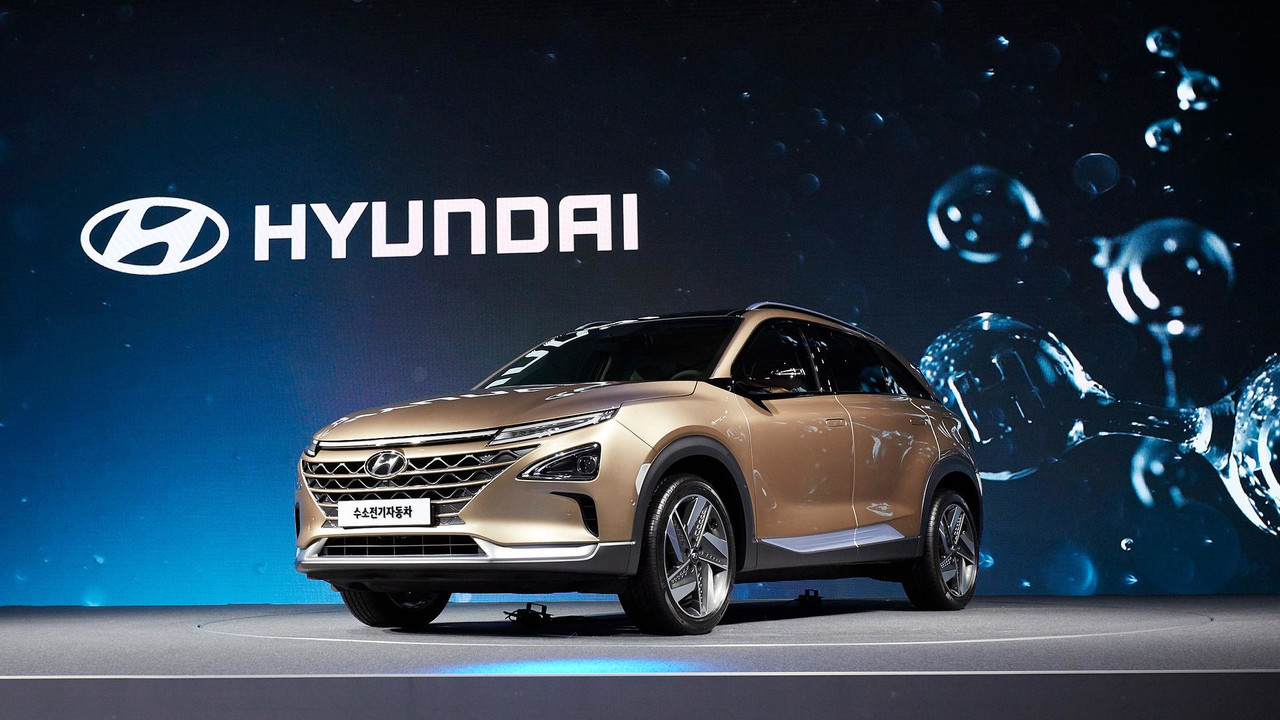 It’ll have a range of 500 miles when it goes on sale next year.

Hyundai has revealed these images of a pre-production model of its new fuel cell SUV ahead of its official launch next year.

The Korean car firm says its as yet unnamed hydrogen SUV is “near-production-ready” and is nine percent more efficient and 20 percent more powerful than its ix35 predecessor. This improved fuel cell performance, Hyundai is targeting an official range of around 500 miles.

Three equally-sized tanks will store hydrogen before the fuel cell converts it to electricity to power the car.

Unlike the ix35, the new FCEV is a bespoke model, designed from the ground up as a fuel cell vehicle. It builds on the design of the FE concept, which was revealed at this year’s Geneva Motor Show. The firm says its design takes influence from nature – namely water, a byproduct of the fuel cell’s chemical reaction and the car’s only tailpipe emission.

Along with sister brand Kia, Hyundai plans to introduce 31 eco-friendly models worldwide by 2020. These will be made up of electric, hybrid and fuel cell vehicles, with the aim of suiting customers’ varied lifestyle, says the company.

Following the launch of the Toyota Prius-rivalling Ioniq, which is available as a hybrid, plug-in hybrid and solely-electric car, Hyundai plans to a launch an EV version of its Kona crossover next year. This will boast a range of around 240 miles.

A new Genesis electric vehicle will follow in 2021, while a long-range EV with a range of more than 300 miles is mooted for 2021.