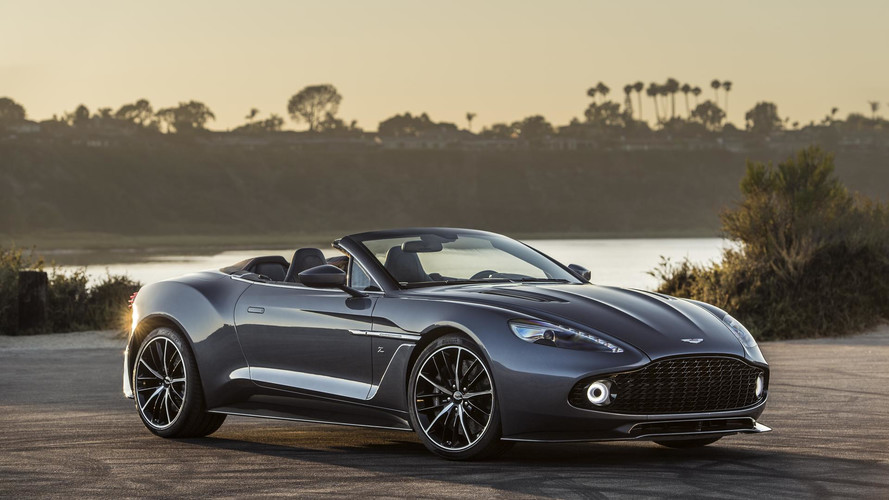 The quartet of rare Aston Martin Zagato models will go into production in extremely limited runs.

Aston Martin has taken the wraps off its Vanquish Zagato Volante at the Pebble Beach concours d’elegance in California.

The British manufacturer also announced a limited production run of the Vanquish Zagato family, with the three remaining models joining the Coupe, which has already sold 99 models.

They include the Speedster model that has already been revealed and now the Shooting Brake and Volante (convertible) model.

Production will be split between 99 Coupes, 99 Volantes, 28 Speedsters and 99 Shooting Brake models.

Aston Martin has already started building the 99 Volante models, all of which have been allocated to buyers already. Next up will be the extremely rare run of 28 Speedster models, which will begin production in 2018.

All four cars are based on the Aston Martin Vanquish S, using that car’s 592bhp V12 engine and automatic transmission.

Aston Martin’s chief creative officer, Marek Reichman, said that the company was aiming to build future classics that could be displayed at concours events like Pebble Beach, and that they would be the ‘rarest of the rare’.