The Infiniti You Might Actually Want To Buy (But Can’t) 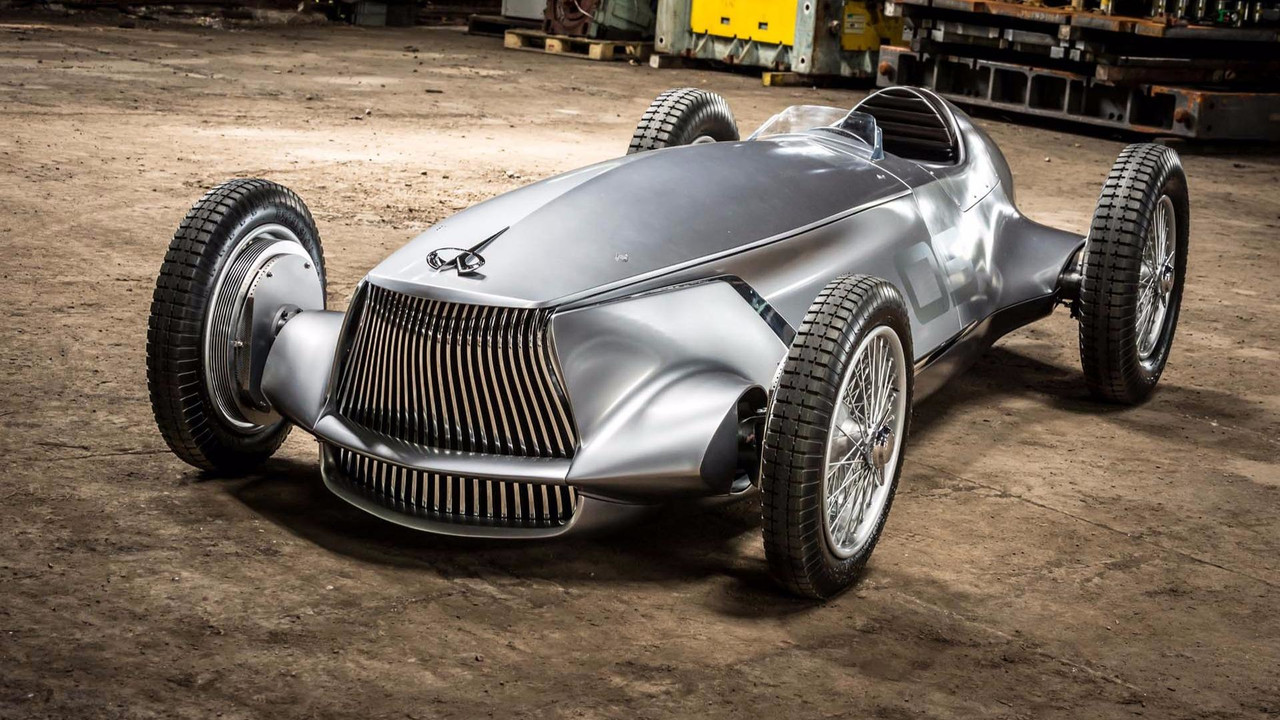 The Infiniti Prototype 9 concept imagines an Infiniti racing car from the 1940s.

This gleaming racing car is a working concept car produced by Infiniti for the Pebble Beach concours d’elegance in California this week.

The Prototype 9 car is a deliberately nostalgic take on 1940s racing cars, with engineers from Infiniti using old-fashioned techniques to construct the vehicle.

The open-wheel roadster is powered by an electric motor, but the panels have been hand-beaten and even the wire wheels put together in the workshop.

The Prototype 9 was assembled as an after-hours project by those involved. Infiniti chairman Roland Krueger said: ‘What started as an after-hours idea grew into a fully-fledged prototype; our designers and engineers were excited by the notion of creating a past vision, a nod to our origins. They volunteered their own time, more and more staff became involved.

‘Our teams have proven skills in manufacturing, engineering, design and advanced powertrains, yet they wanted to bring their own traditional craftsmanship to the project.’