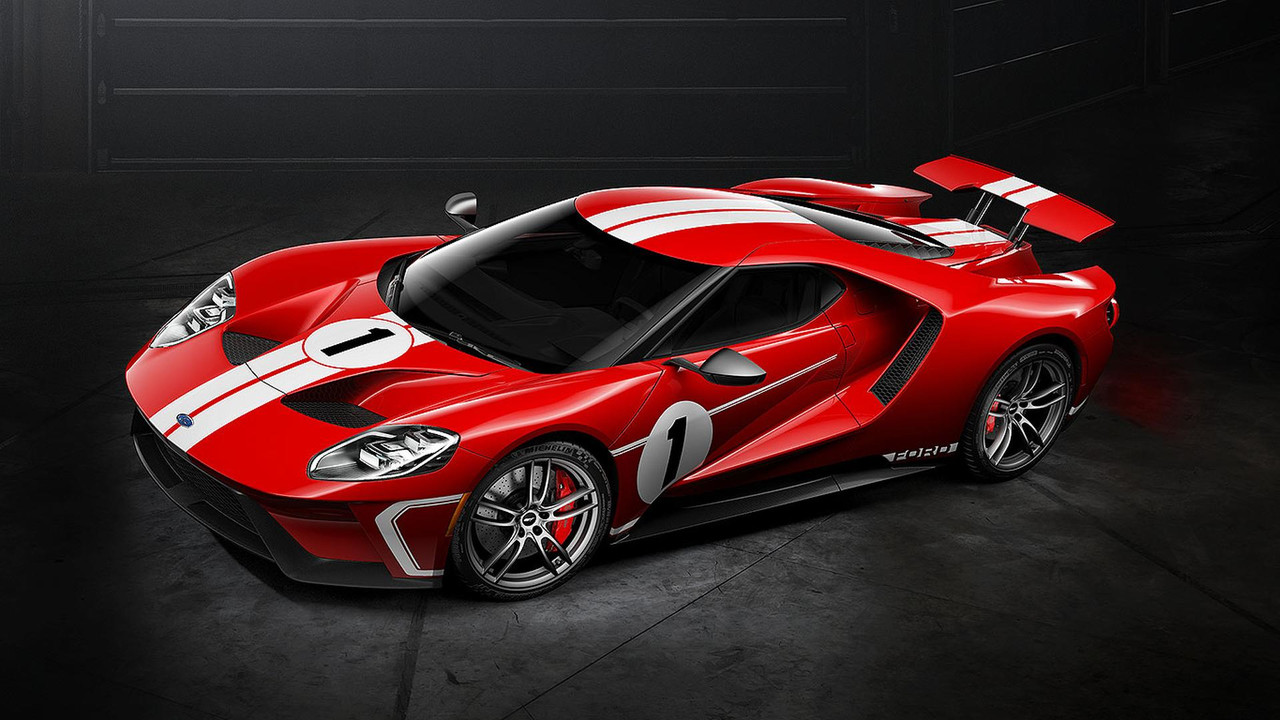 Ford has revealed the second new heritage-themed limited edition version of its GT supercar – the ’67 Heritage Edition, which marks the original GT40’s second Le Mans 24 Hours victory in 1967. It follows on from, you guessed it, the ’66 Heritage Edition.

Finished in a red and white livery that pays tribute to the original car, a racer driven to victory by Dan Gurney and A.J. Foyt, the ’67 Heritage Edition will be released in very limited numbers for the upcoming model year. The FordGT.com configurator already features the new heritage version for those who want to dream.

The main body colour is gloss-finish Race Red, to which Ford adds Frozen White No. 1 stripes and door graphics. It has the exposed carbon package, its 20-inch one-piece forged aluminium wheels have a satin silver clearcoat, while brake calipers are red and the door mirrors are silver.

Inside, carbon fibre seats have leather trim and red stitching, as does the steering wheel, while seat belts are red and paddleshifters are anodised grey. A nice, rich touch are the satin dark stainless panels for the instrument panel, door slams and x-brace; there’s also exposed carbon door sills, centre console and air vents.

“In creating a worthy successor to the ’66 Heritage edition, we logically looked at our next historic Le Mans victory with the all-American team of Dan Gurney and A.J. Foyt,” said Dave Pericak, global director, Ford Performance.

“The Ford GT ’67 Heritage edition pays homage to that win, with a modern take on one of the most important vehicles in Ford’s storied history of racing.” Fingers crossed that those who want one, and can afford one, can now actually get one...