Toyota And Mazda To Build Electric Vehicles Together 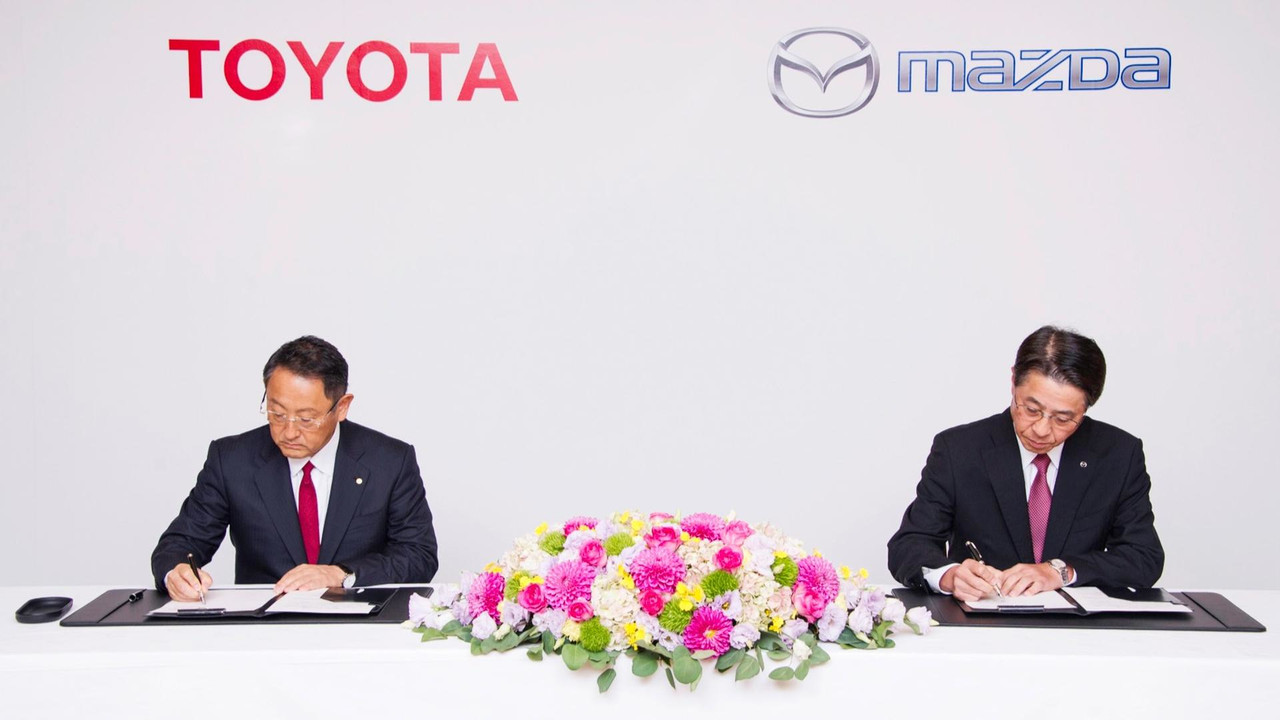 The Japanese car makers will develop new vehicles and technology together.

Japanese car makers Toyota and Mazda have announced the signing of a close partnership that will see them working together on developing shared cars and new electric vehicles.

Toyota has taken a five percent stake in Mazda as part of the deal, which came shortly before Mazda announced its new breakthrough Skyactiv-X engine technology, which it hopes will keep its petrol engines relevant in the face of more and more countries legislating to ban internal combustion engines.

Mazda has up to now shunned electrification, preferring instead to develop its Skyactiv range of petrol and diesel engines with innovative new features. Indeed, the company has just announced technical breakthrough using compression technology instead of spark plugs to ignite petrol, a move that could result in significantly more economical petrol engines.

‘We think it is an imperative and fundamental job for us to pursue the ideal internal combustion engine. Electrification is necessary but the internal combustion engine should come first,’ said Mazda’s head of research and development, Kiyoshi Fujiwara, at the announcement of the new engine technology. He also revealed that the company planned to have electric vehicles on sale by 2019.

Toyota and Mazda also announced a £1.2bn investment in a new joint factory that will build up to 300,000 vehicles a year in North America, including Toyota Corollas for the US market.

The announcement comes after US president Donald Trump had threatened earlier this year to impose heavy tariffs on Corollas imported to the US from the company’s new plant in Mexico.