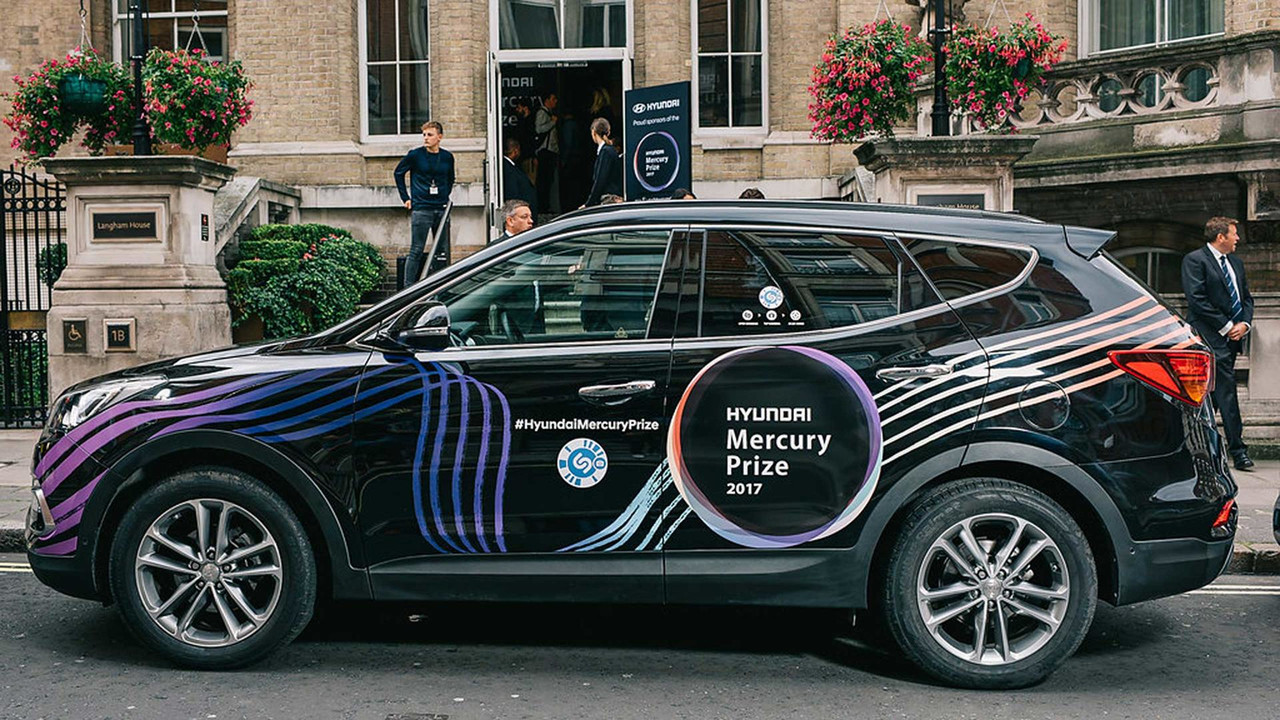 The Hyundai Kona is an upcoming addition to the UK’s ultra-popular small SUV sector – and the very first Kona to hit the road here already has an owner lined up: the winner of Hyundai’s 2017 Mercury Music Prize competition.

As part of its three-year title sponsorship of the music awards, Hyundai is running a campaign as part of this week's Albums of the Year shortlist release. Called ‘Find your Rhythm’, entrants simply have to add the hashtag #HyundaiMercuryPrize either to any Tweet or to any post on Hyundai UK’s Facebook or Instagram feeds. With potentially a free car in it, what's not to lose?

Those who don’t win the UK’s first Kona may well strike lucky with tickets to the 2017 Mercury Music Prize Awards, held on 14 September. Hyundai is providing cars for all the VIPs attending during the night: anyone who spots one on the road should look for a special Shazam code – if they scan it, they’ll get a free augmented reality experience with one of the shortlisted Hyundai Mercury Prize artist (maybe even the artist sat inside it on the night...).

Hyundai Motor UK marketing director David Pugh says the brand’s sponsorship of the music awards is part of broadening the reach and appeal of the Hyundai brand – and, presumably, helping it attract a younger audience. “We don’t just want our name associated with the Prize, though: it’s important that we add something for music fans. We’re really shining a light on some of the incredible artist in the shortlist this year, celebrating talent of which everyone in the UK should rightly be proud.”

The Hyundai Kona goes on sale in November 2017, with prices expected to start from around £15,000. It will rival the Nissan Juke, Renault Captur and Peugeot 2008, plus its own in-house sister car rival, the Kia Stonic. Interestingly, Hyundai is launching it with an all-petrol range of engines, with a diesel mooted not to arrive until summer 2018.