Everything You Need To Know About The McLaren F1 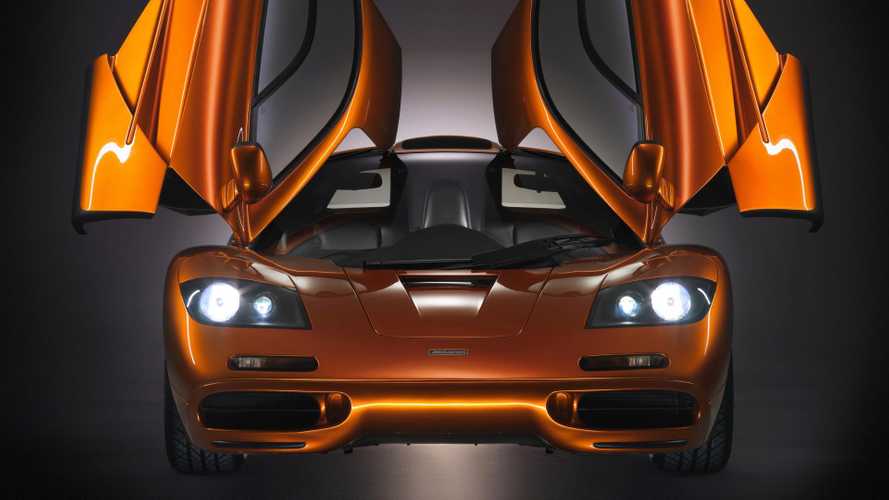 It was what the Bugatti Chiron is to cars today – pushed boundaries, raised the bar and achieved things no other car had before. It was a real game-changer in the world of supercars.

Here is everything you need to know about the McLaren F1.

From racing to the road

Gordon Murray is a very talented designer and has penned everything from championship-winning F1 cars to innovative, compact city machines.

Back in the early 1990s he was McLaren’s main man. His talent had delivered the team a lot of success, but Murray wanted to push himself further. After a bit of persuading, McLaren boss Ron Dennis signed off on the idea of build a road car.

Even at the time McLaren was one of the most successful Formula 1 teams in motorsport history, but it had never built a road car. The team clearly had the engineering talent, but a road car has very different demands to a racing car. Components need to last years, not hours.

On top of the challenge of building a car from scratch, Murray wanted it to be the finest performance machine the world had ever seen. This meant using exotic materials, Formula 1 science and unconventional design.

In 1992 the McLaren F1 was revealed to the world as the first totally carbon-fibre car. Murray frequently said that its direct ancestor is a Formula 1 car.

The F1 is a tightly packaged car that aims to keep the weight low throughout. However, putting a great big V12 engine in the middle means there will be a lot of heat — which likes to melt things.

Murray’s solution was gold...actual gold. The precious metal is a very good heat reflector and so every McLaren F1 contains 16g of gold in its engine bay – there was no expense spared in the construction of the F1.

The F1’s heart was something debated at great length. How big should the engine be? Turbocharged or not? Who would build it?

Murray approached McLaren’s Formula 1 engine supplier, Honda, for something that was closely related to what it uses in racing. Honda said no.

Isuzu offered up a 3.5-litre V12 that it intended to take racing, but this time it was Murray that said no – McLaren wanted something with proven racing pedigree.

So what now? A car is no good without an engine. Enter BMW M division boss Paul Rosche, with a 6.1-litre V12 from Munich. This gave the McLaren F1 627bhp and a 0-60mph time of just 3.2 seconds. These are performance figures that still make modern-day cars envious.

The McLaren F1 was a technological marvel but it wasn’t until 1998 that it realised its full potential. Relieved of its rev limiter – the only thing that capped the top speed – it clocked a scarcely credible 240.1mph. This was substantially faster than the 213mph Jaguar XJ220.

It was a record the F1 would hold for many years. In fact, it took until 2005 for the Bugatti Veyron to take the crown.

There were many unique elements about the McLaren F1, yet the thing that still stands out today is how the driver sits. Instead of being right- or left-hand drive, the F1’s pilot sits in the middle and is flanked by two passengers. This not only gives it unusual practicality for a supercar, but also increased visibility for the driver.

British law wasn’t prepared for such a radical car and so McLaren actually had to request that the rules be changed for the F1.

The legendary Le Mans 24-hour race is the ultimate punishment for any car. Twenty-four hours of race-pace driving is enough to break just about anything. In 1995 McLaren supplied a few teams with a racing variant of the F1.

Just like today, the endurance race was broken up into several categories. The F1 might be have been the king of the road, but there was no expectation that it would be able to mix it up with the big boys in the prototype class at the head of the field. The only aim was for it to win its class.

The race was one of stormy skies and tricky conditions, but against all odds and cars perceived to be much faster, the F1 took outright victory. This historic win was far from a given though. The F1 that actually won was a modified test car entered into the race at last minute by a chap named Paul Lanzante.

Just 106 McLaren F1s were built between 1992 and 1998, including prototype and racing cars. Only 64 road cars were produced, making the McLaren F1 one of the rarest modern classics out there.

The first F1 imported to America is soon to go up for auction, and experts speculate that it could sell for up to £15million. Even 25 years on, the McLaren F1 continues to capture the eye and stir the soul.