Lamborghini from Jamiroquai’s Cosmic Girl Is For Sale 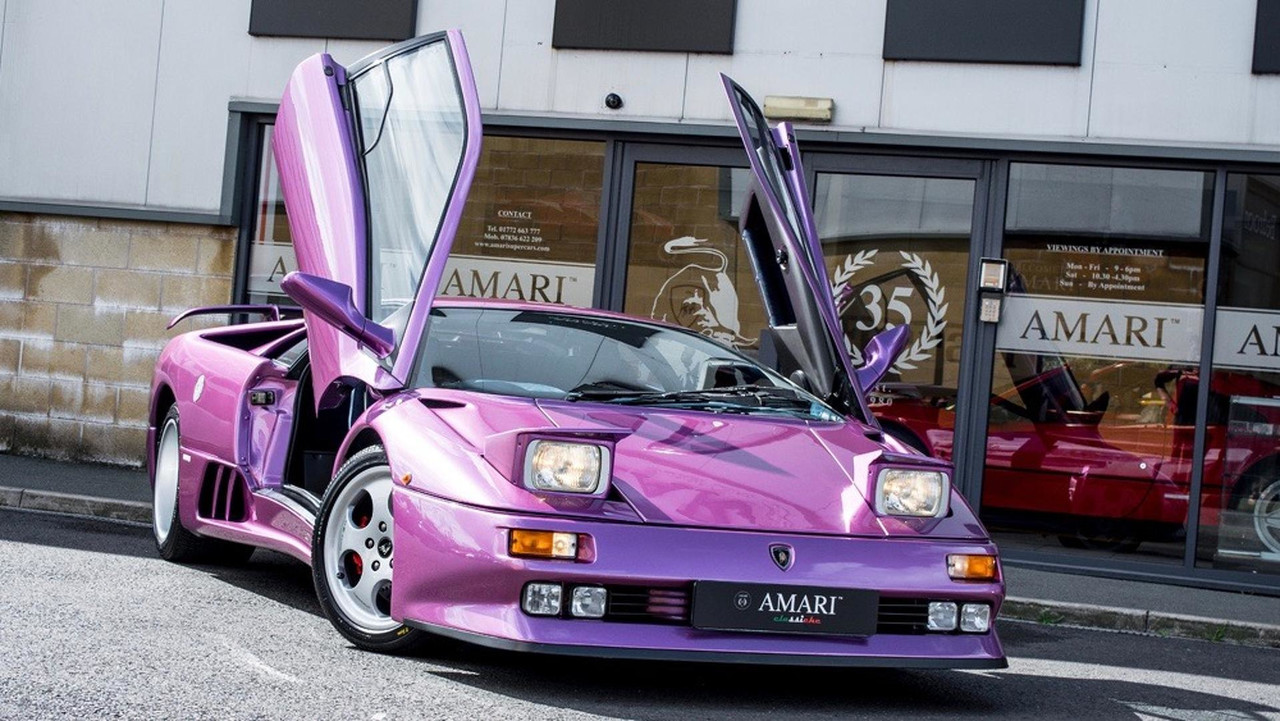 It’s not unusual for star cars to sell for big money. The latest celebrity vehicle to go up for sale is the Lamborghini Diablo from the music video of Cosmic Girl.

Seen on Auto Trader for £549,995 this Diablo was one of two used to film the fast paced music video for the hit song in 1996. The first met a tragic end after a mishap on set wrecked the supercar.

This identical Viola-Metallic Lamborghini was found to complete the shoot, but it wasn’t plain sailing from there. Another incident, this time involving a falling camera, smashed the windscreen of Lambo number two. Lead singer, Jay Kay, famously decided to continue filming without the front glass.

A Ferrari F40 also starred alongside the Lamborghini in the music video. Said prancing horse recently celebrated its 30th Birthday.

Why so expensive? It’s not just its starring roll in Cosmic Girl that demands such a figure for this car. This particular car is an SE30 special edition built to celebrate 30 years for Lamborghini. Just 150 of these Lamborghini Diablos SE30s were ever built making it a valuable car in its own right. Jay Kay himself actually went on to own this very one for a number of years.

The 5.7-litre V12 engine of this Diablo SE30 produces 523bhp. It will get from 0-60mph in 4.1 seconds and go onto a top speed of over 200mph. Despite being 21 years-old those performance figures still give many of today’s supercars a run for their money.

This car is being sold by Amari Supercars who claim to have been the very dealer who sourced the car for Jamiroquai back in 1996. It has recently returned to the UK from a collector in Germany.