Peugeot 308 Cup: The Racing Car You Can Buy 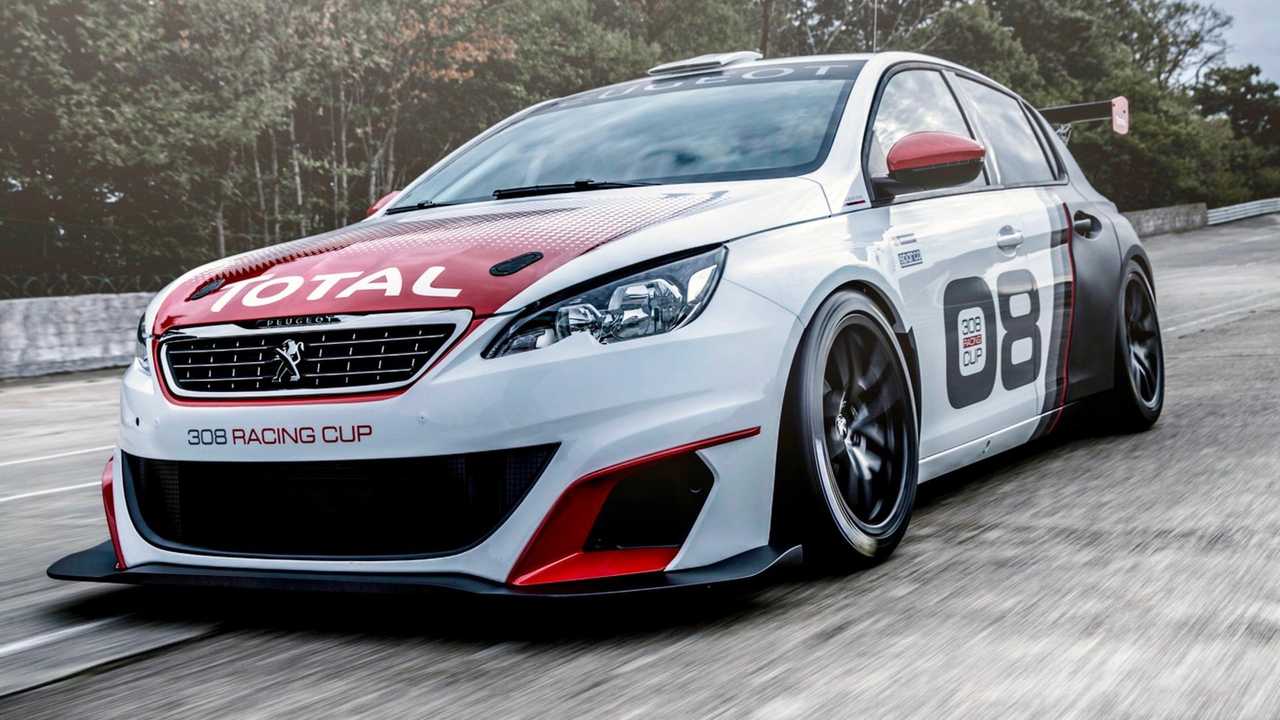 Peugeot is no stranger to building legendary racing machines – from Dakar to Le Mans, Peugeot Sport has collected multiple championships in almost every discipline of motorsport.

However, Group B rally legends are a bit out of reach to us mere mortals. But if you have a chunk of change and want to become a racing driver, Peugeot might just have something for you.

The idea is that anyone can go to Peugeot and buy a 308 Cup. It can be your personal track toy, or compete in a host of race events around the world. TCR, VLN and endurance races are all on the menu.

Pull out the quick release pins to reveal the same engine as found in a 308 GTI. Disappointed? We might not have mentioned that it has the same huge turbo from the 208 T16 Pikes Peak record holder. Total power from its 1.6-litre engine is 304bhp – considering it only weighs 1,100kg that is an impressive combination.

A proper racing sequential gearbox, complete with paddles and LED shift lights, sends power from the engine to the front wheels.

Fancy one? £64k gets you the car but if you want to play with the big boys you are going to need a team of engineers and a pit crew.

If you are looking for DAB radio and massage seats you are going to be very disappointed.

Losing weight is the aim of the game and so the interior of the Cup car is sparse, to put it mildly. It is an empty space garnished with a bank of aircraft-style switches, roll cage and steering wheel. No carpets, no sun visors, no nothing.

The lack of ABS and any form of electronic safety nanny means that you are on your own if things become, let’s say, lively.

It might still resemble a Peugeot 308 GTI from a distance, but take a step closer and you will be under no illusion that this is a proper racing car.

Sitting so low that its belly almost touches the floor, the 308 Cup is equipped to do battle out on track. It is much wider than the standard car in order to fit its large slick tyres. This combination of a wider track and racing rubber means there is plenty of grip.

The 308 Cup has an aggressive aerodynamic bodykit that generates real downforce. That vast rear wing makes 100kg of the stuff by itself. Its front splitter, flat underbelly and rear diffuser all work together to manipulate the air around it.

Long before you even think about hitting the track you have to undergo the undignified procedure of getting into the car. Thanks to that chunky roll cage, it is not a gracious thing to watch. Once in, and consumed by a man-eating race seat, you then need a willing volunteer to belt you in.

Starting the engine requires a sequence of button pushes and flipping of switches to arm the warhead. Buzzes, clicks and clunks precede the loud bark of the engine firing. From within this gauze of noise you are at last ready to leave the pit lane.

If you have never driven a racing car before it is something of a culture shock. Every little imperfection in the tarmac is transmitted through to the cabin. On rutted stretches it is like being put in a tumble-dryer. However, this sensory overload continuously feeds the driver information about what is going on beneath the car.

The biggest difference between any road car and a racing car is response. In a racer there is no delay between your input and the car reacting. It is almost as if you drive using telepathy. As a result the 308 Cup is an easy car to place exactly where you want it.

When you really pick up the pace you can feel the downforce pushing the car into the track. The faster you go, the harder it sticks. However, this can become a dangerous game if you overestimate your talent.

The Peugeot 308 Cup might be more approachable than many racing machines, but it still demands your full concentration. Hesitate at the wrong moment and the car will happily spit you into the gravel backwards. It is all about being smooth.

It is fast in a straight line, but the speed it can carry through a corner is the most impressive part. If it wasn’t for the bolstered seat pinning you in place, you would end up smeared against the car's perspex windows.

Engine and transmission noises consume every inch of the cockpit as you push on. Snatching at a paddle for another gear is greeted by the car thumping you in the back as the next cog locks into place. It is an intense experience.

The Peugeot 308 Cup is a visceral theatre of noise, G-force and performance. Worth its £64,000 asking price? Absolutely!