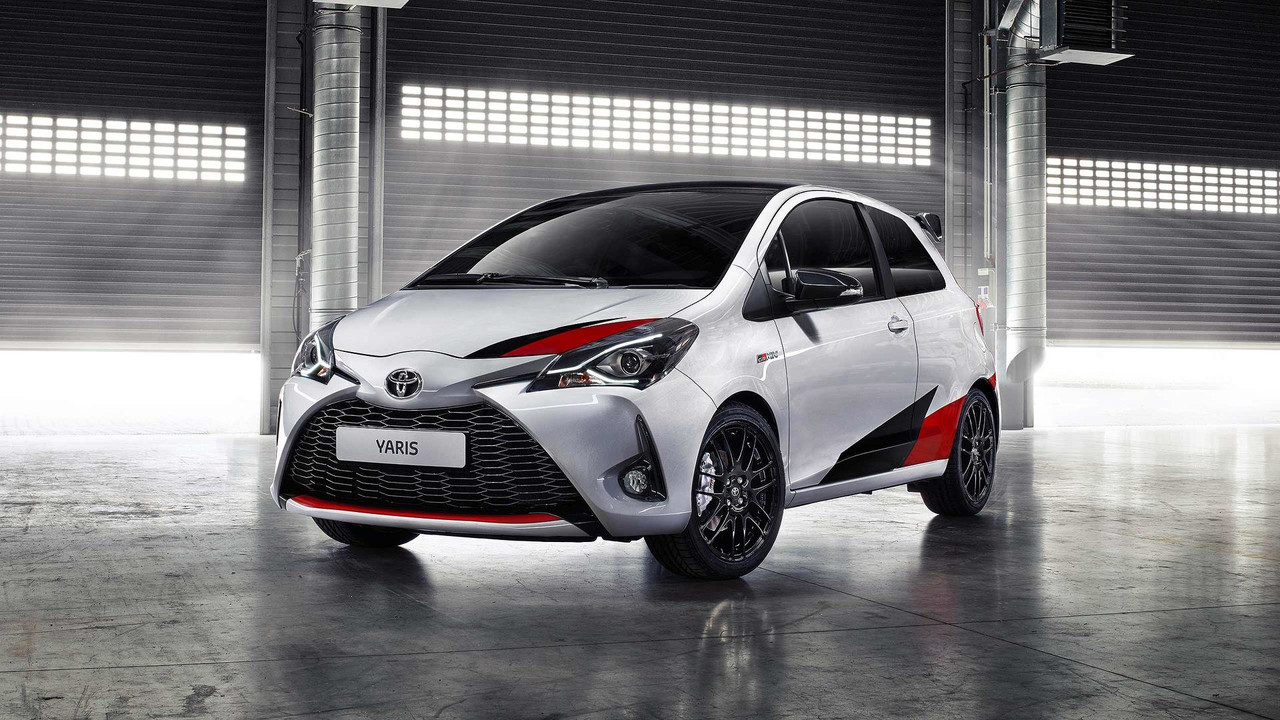 Because Britain loves its hot hatches.

Toyota is giving the new Yaris GRMN hot hatch its UK debut at Chris Evans’s CarFest North this weekend – just days after online reservations for the new 209bhp performance Yaris began (yours for a mere £26,295).

The UK has been given special status by Toyota Corp here, too: from the limited-run production of just 400 Yaris GRMNs, 100 of them are coming to the UK alone. That’s 25 percent of the series build, despite the hot Yaris also being sold in multiple other European markets. Such is Brits’ love of a good hot hatch.

In a way, it’s fitting that we’re getting so many: although the Yaris GRMN itself is built in France, the engine originates from Toyota’s North Wales Deeside plant (just a stone’s throw from CarFest North’s Cheshire location).

The 1.8-litre motor has been supercharged and given a high-pressure fuel injection system that boosts power sufficiently for the Yaris GRMN to run from 0-62mph in 6.3 seconds.

Also on the Toyota stand will be the Polar Hilux that Top Gear took to the Arctic, plus the new World Car Awards-winning Prius Plug-in, the C-HR Hybrid and the oh-so vivid GT86 Club Series Orange Edition.

CarFest, an annual event founded by Chris Evans, is held at two locations both north and south, raising money for the BBC’s Children in Need.