Everything You Need To Know About The Golf GTI 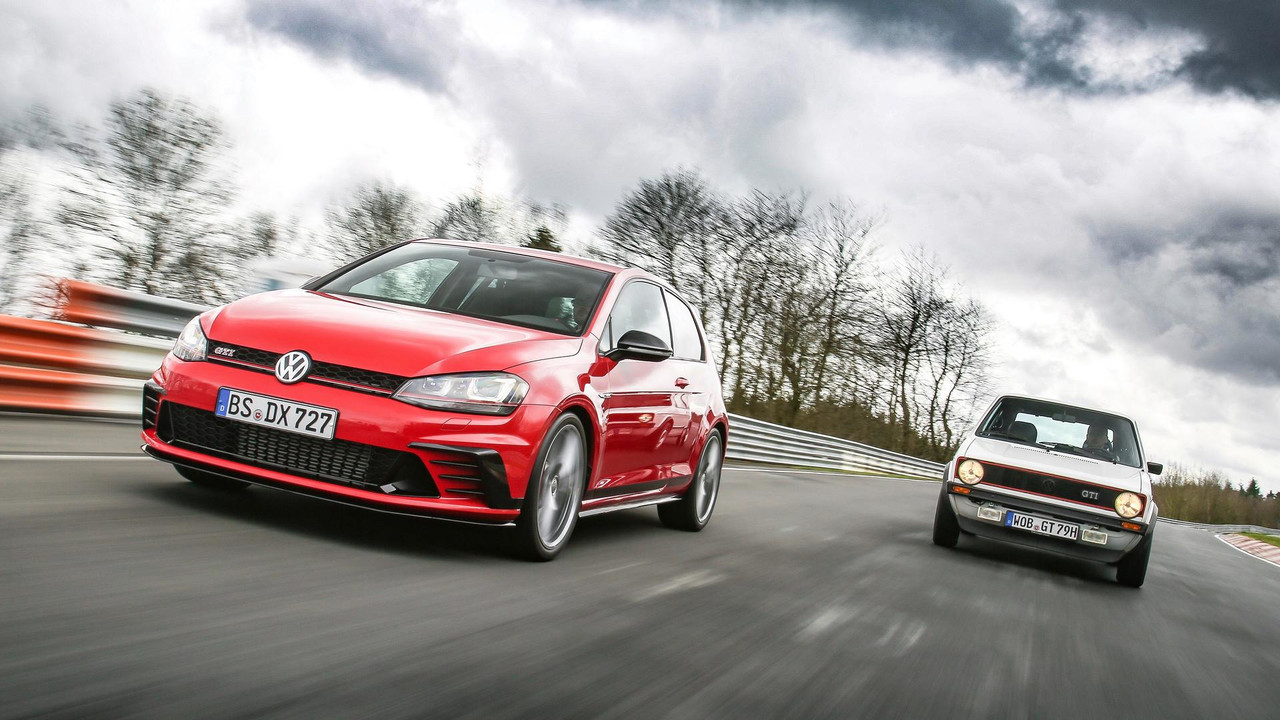 The Volkswagen Golf GTI is the world's most iconic hot hatch.

The Volkswagen Golf GTI has become the definitive hot hatchback with a legacy that spans decades. Here is everything you need to know.

In 1974, the Volkswagen Golf took over from the Beetle as the brand's mainstream offering for the people. It was affordable, practical and easy on the eye. But it didn’t take long for engineers to start dreaming of a faster Golf.

Initially called the 'Sport Golf', the GTI began as an after hours project. Engineers took a 1.6-litre Audi engine and gave it modern fuel injectors. Further tinkering resulted in a car that produced 110bhp — not bad considering it started with just 75bhp.

The big bosses were shown this unofficial project and they were impressed. However, they didn’t expect many people to buy it – this was just a faster version of a car used to go to the supermarket, after all.

When shown at the Frankfurt motor show the Golf GTI was an instant hit, much to the surprise of Volkswagen executives.

Styled by an Italian

The original Golf was penned by Italian designer Giorgetto Giugiaro. Recognise the name? Giugiaro is responsible for some of the world’s most iconic cars including the BMW M1, DeLorean DMC-12 and Lotus Esprit to name just a few.

As the Golf GTI was based upon the more pedestrian model, it retained the car's now-legendary silhouette. The only real change was the addition of some red trim around the grille.

There has been a longstanding GTI tradition that can be traced back to the original: the golf ball gear knob. Fitted to the car for obvious reasons, this quirk is a fine display of the German sense of humour.

It wasn’t the first hot hatchback

While the GTI is arguably the most recognised performance hatchback, it wasn’t the first. That honour goes to the Simca 1100TI. Not heard of it? Nobody would blame you.

In 1974, the French brand Simca launch the 84bhp 1100TI. A reinforced clutch, firmer suspension and bigger brakes all featured. While that might sound like standard practice today, this was the genesis of the hot hatch.

Sadly though, the Simca 1100TI never made it to the UK.

The Volkswagen Group is vast and it owns a fair few other car manufacturers. When tasked with building a Golf GTI for the famed Wörthersee festival, engineers raided the parts bin. An engine from Bentley, brakes from Lamborghini and a few bits supplied by Audi resulted in Frankenstein’s monster.

It still remains the fastest Golf GTI to date, but sadly this bonkers car never made production.

Over 40 years of GTI

The GTI legacy stretches out over 40 years and now seven generations. Celebrating that milestone was the Edition 40.

Just 1,000 of them came to the UK, costing £32,350 each. What did you get for that cash? On top of the usual sporty tweaks to the bodywork, power was increased from 227bhp to 261bhp. If you needed even more performance the Edition 40 could give you an extra 25bhp on overboost for up to 10 seconds.

The mk8 Volkswagen Golf is due in 2019 along with an even faster GTI offering.

Gallery: Everything you need to know about GTI