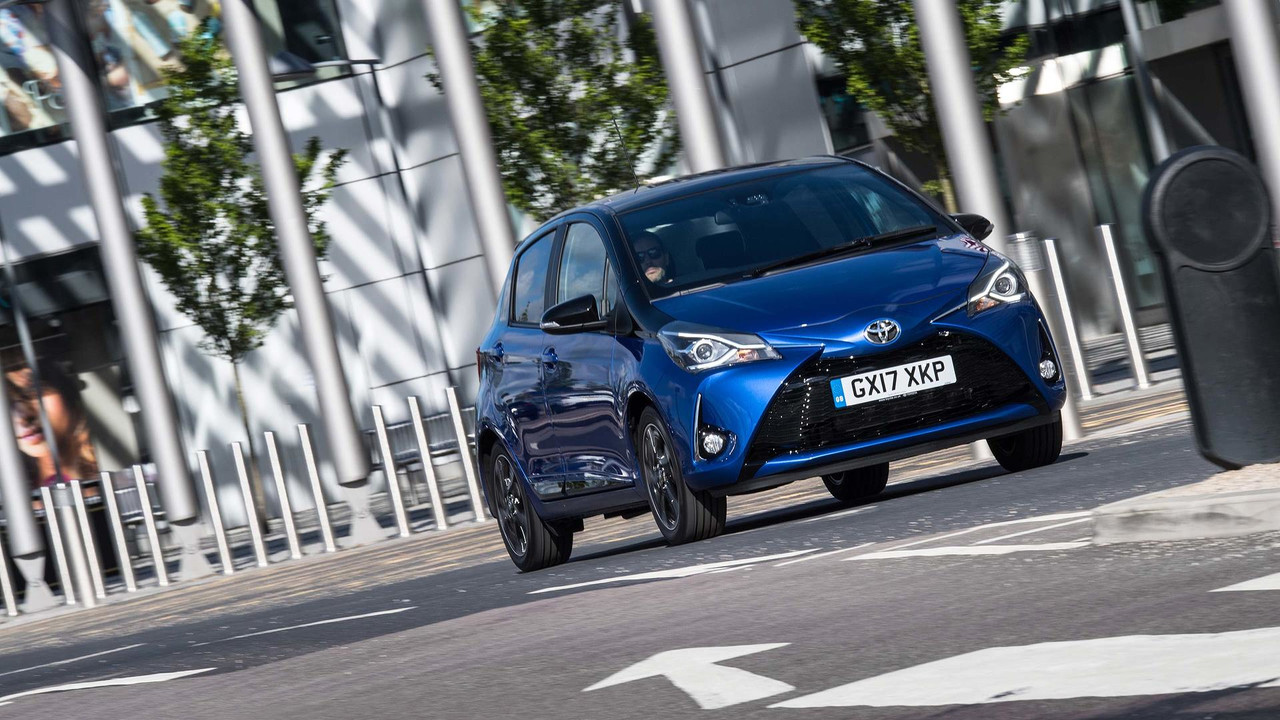 The engine is off 50 percent of the time.

Toyota is fitting a special app to Yaris Hybrid dealer demonstrators to show customers how often the engine is turned off while driving – and the results are already proving surprising. The new tech device measures fuel economy, driving time and how long the car runs purely under electric power…

… And early results are showing an average engine off time of more than 50 percent, despite the fact it’s the first time most of the testers have driven a hybrid. So impressed are bosses by the results, they are now publishing the figures from every hybrid test drive on the Toyota GB website.

Toyota’s rolled out the technology to showcase the potential of its hybrid tech to cut inner city emissions. The Toyota hybrid system allows the car to drive under battery electric power alone at slow speeds, using regenerated energy that’s harvested under braking. With practice, drivers can extend the electric range significantly – that those new to the technology are still able to drive with the engine off for so long proves hybrid’s credentials, reckons the firm.

And unlike plug-in hybrids, conventional hybrids don’t need to be recharged to top up the batteries, meaning they’re more convenient. They’re cheaper to buy, too: Yaris Hybrid prices start from £16,195; the cheapest Prius Plug-in Hybrid is £31,695. Toyota offers hybrid versions of the Auris, C-HR and RAV4 – and all are soon to get the new ‘engine off’ test drive monitor.

“This is proving a very useful tool for giving customers a clear, real-world snapshot of what our petrol-electric hybrids are capable of,” said Toyota GB marketing director Andrew Cullis.

“People are focused on the real-world cost of running their car and are also increasingly concerned about air quality, issues that Toyota addresses head-on with cars like Yaris Hybrid that use intelligent technology to deliver the best possible fuel economy and lowest emissions.”

Cullis also highlighted another advantage of Toyota’s petrol-electric hybrids, while also not missing an opportunity to take a swipe at full EVs: “Unlike all-electric vehicles, there are no issues around how far you can travel or the need to schedule stops for recharging.”

Toyota has yet to launch a fully-electric car in the UK.