Everything You Need To Know About Type R 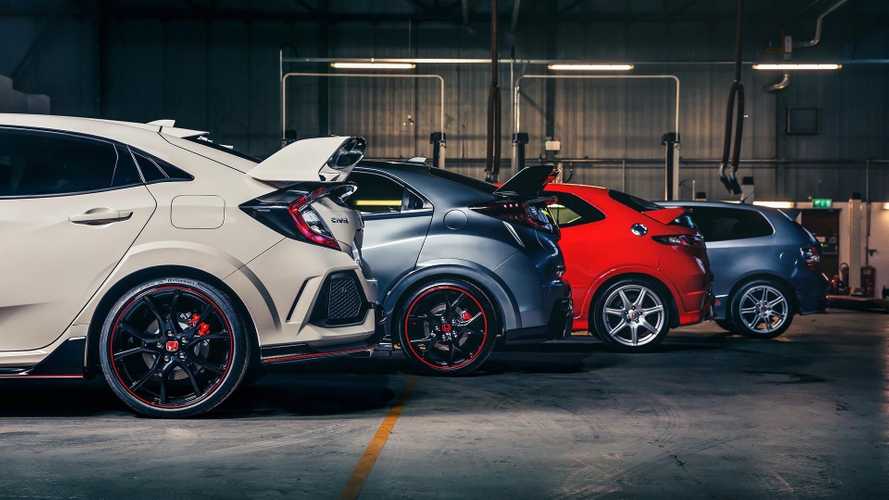 GTI, STi, AMG, Renaultsport and RS – each comes with its own reputation for high-performance machinery. In 1992 Honda gave birth to Type R, a badge that has come to rank among the most notorious.

Here is everything you need to know about Type R.

The first Type R was an NSX

The Honda NSX had already established itself as something of a Ferrari slayer in its first three years of life, but Honda wanted to boost performance further, and labeled this very special 1992 model the NSX Type R. That’s R for ‘racing’.

Produced in limited numbers for Japan, the original Type R was a hardcore supercar. Extensive weight reduction saved 120kg by ditching the electric windows, air conditioning, stereo and all of the sound deadening.

A follow-up NSX-R was produced in 2002 with more extensive aerodynamic bodywork, as the first-generation car came to the end of its life.

Many Type R fans will proclaim the virtues of VTEC. Standing for Variable Valve and Lift Electronic Control, the innovative system changes the profile of the engine to boost performance. The result is a notable kick as the car’s full potential is released.

Every Honda Type R model wears a red H instead of the standard Honda logo in homage to the very first Honda Formula One car.

The RA272 led the 1965 Mexican Grand Prix from start to finish and delivered Honda its first F1 victory. Many Type Rs are also finished in the same iconic ‘Championship White’ as the racing car.

The NSX went on to compete in various Japanese GT racing series, but it is in touring car championships where the sub-brand has really made a name for itself.

The Integra and Civic Type R models have secured four British Touring Car Championships between them and a fifth is looking likely this year.

It has returned to America

In 1997 Type R made its US debut under the Acura brand with the Integra Type R.

Built to meet FIA race homologation rules, 3,823 of them found a home in the States. Due to the engineering involved with each example and the low sales volume, Honda made a loss on every car sold.

Production of the Integra ended in 2001 and it was the last Type R officially available…until the new 2018 Honda Civic Type R arrived.

The latest Type R, based on the 10th generation Civic, is a 316bhp hot hatch. Now available stateside, the Type R is no longer America’s forbidden fruit.

Taking on rivals such as the Ford Focus RS, Honda knew that this car had to be one of its best efforts.

Those of you who are good at maths might already have worked out that 2017 marks 25 years since the first Type R.

In that time we have seen unicorn supercars, potent saloons and many a hot hatch proudly join the Type R family. Over the past quarter of a century it has become a true enthusiasts’ favourite.

Honda’s legendary reliability, teamed with class-leading performance, makes the badge a popular choice for those who take their cars to the track.

A number of interviews with engineers have hinted that Honda is keen to grow the Type R brand further.

Hotter versions of the Civic Type R, potentially with all-wheel drive, are a possibility. The current generation will have a longer lifespan than its predecessors and Honda will need to continue competing with the very best.

The latest NSX hybrid supercar is also a prime candidate that would see the Type R treatment return to the model where it all began.

If the latest offering is anything to go by, Type R fans should be very excited for what is to come – but don’t hold your breath for a Jazz Type R. Some things remain sacred.