Driving The Most Iconic Vauxhalls Of All Time 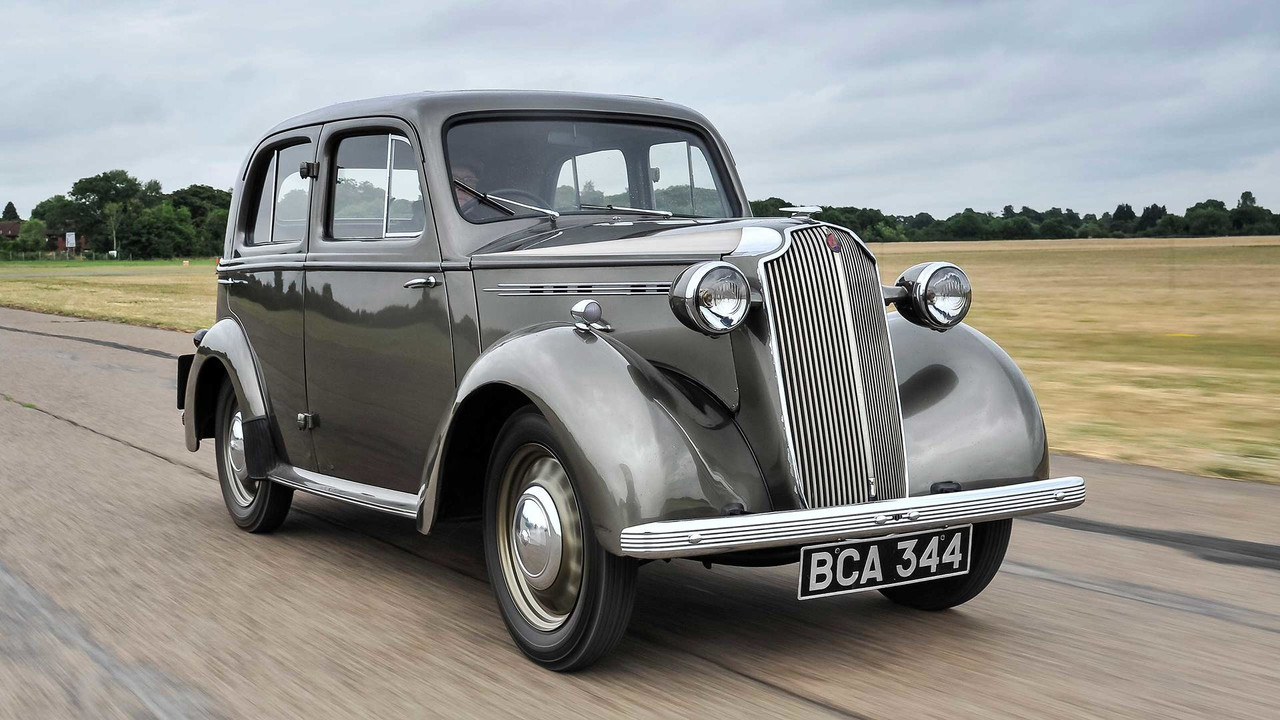 Vauxhall might be a brand you associate with mainstream models like Corsas, Astras and Insignias, but its history is littered with significant motoring milestones.

One of the world’s oldest surviving car brands, Vauxhall’s history stretches back to 1903. It has manufactured cars every year since then, from its beginnings in Thames-side Lambeth, where the Vauxhall badge originates from, right through to the present day.

Vauxhall produced what historians regard as the world’s first sports car in 1910, made Britain’s first 100mph car in 1926 and in more recent times shook up the world with its headline-creating 176mph Vauxhall Lotus Carlton super saloon. Here we drive all three, and a few other potted highlights from Vauxhall’s extensive history, starting from the very beginning.

The very first Vauxhall and one of just 44 cars built at the company’s original London location. Go there today and the site is now a Sainsbury’s, so this tiller-steered, single-cylinder, chain-driven car was created where the fruit and veg aisle in Vauxhall is today.

Innovative in using an integral steel structure chassis, it hails from a time when there was no convention in how cars operated. Climbing onto the driver’s seat, that’s very obvious indeed, as there’s no steering wheel for a start - the steering is undertaken by use of a tiller. The throttle is a brass screw on that tiller, there’s a handbrake and two pedals. One to pull off, which needs to be pushed down to do so. Indeed, forget everything you’ve ever known about driving a car, as driving the 6HP is more like patting your head and rubbing your tummy than any driving I’ve ever done before. It’s brisk enough, though, the 18-20mph it manages feeling very fast when you’re up high in the elements, being shaken and confused; modern motorists don’t realise just how easy they’ve got it.

That just five years separate the B-type and that 6HP is difficult to comprehend. Just 130 of these were built, and it's thought that this example is the last remaining. Looking more like a car, or at least a pre-war one, there are luxuries like a windscreen, doors, and a steering wheel. The pedal arrangement is more conventional, though there’s still a handbrake lever outside that works on the rear wheels - the footbrake operating on the transmission.

Power comes from a 2.3-litre four-cylinder engine, mated to a three-speed gearbox. There’s 16hp here, nearly triple that of the 1904 car, and it’s obvious, it feeling far quicker, though smoother thanks to some suspension. Apparently the B-type can reach 50mph.

If the B-type was considered quick, then the C10 that arrived inc engineer, Laurence Pomeroy, the C10 is considered to be Britain’s first true sports car.

Three C10s were entered into the 1910 Prince Henry Trophy, a German trail of 1,230 miles, and all of them finished. Subsequently referred to as Prince Henry type cars, the 3.0-litre 60hp engine allowed it to reach speeds of over 65mph. If fitted with a single-seat body, The Autocar magazine of the day noted it would be capable of over 90mph. Frightening.

A genuine 100mph car, the 30-98 was built between 1923 and 1927, and that top speed was factory guaranteed when fitted with the high axle ratio. Costing about £1,200, some 600 were built, of which around 170 are still thought to exist. Allowing that 100mph maximum is a 120hp 4.2-litre engine, and getting up to speed is conventional enough. Stopping it is a little more worrying. If the performance feels borderline contemporary, the brakes are woefully inadequate, not helped by the tonne-and-a-half kerb weight.

That weight doesn’t dent its agility, however, as the steering turns this big open tourer with surprising accuracy, though every bit of concentration is required to stop it. Owners of these back when they were new must have had nerves of steel approaching corners, and a strong arm to push the weighty gear lever through the back-to-front h-pattern gearbox that sits outside the bodywork. The Vauxhall Lotus Carlton of its day.

In its 80th anniversary year, the H-type was significant for its construction, being the first British car to feature a unitary monocoque. Other firsts for the H were synchromesh gears, hydraulic brakes, and independent front suspension, none of which were unique to it, but rare on a mainstream, volume production model. It was hailed by The Motor magazine as “one of the most brilliant pieces of design that has been seen in Britain for ten years.”

So brilliant, it was hugely popular, with 10,000 examples selling within the first few months of its introduction. By 1940, when production ceased due to the war, the H had found 42,000 homes in the UK. Powered by a 1.2-litre four-cylinder 34.5hp engine, it was capable of 60mph and priced at a very competitive £159.

A lustful Vauxhall? You’d better believe it. The PA Velox took Vauxhall’s new owner General Motor's design influence and applied it to a European-sized model. It’s beautiful; everything from the rear fins on the wings to the rear lights are clearly inspired by GM’s US models, but toned down here. The result is hugely appealing and the interior is just as desirable - huge chrome-rimmed instruments sit behind a slim steering wheel.

Some 81,000 would be built, the majority of which succumbed to rust, as those finned rear wings trapped dirt and moisture and rotted through. To drive, it’s wonderfully evocative of simpler times; the three-speed column shift takes a bit of learning, but the 82hp six-cylinder engine provides ample performance and a 90mph maximum speed.

If there’s a common theme running through much of Vauxhall’s early history, it was the pursuit of speed. Late in 1989 Vauxhall would revive that with the introduction of the Lotus Carlton, a car that courted controversy as the mainstream press loved its quoted 176mph top speed and 5.4-second 0-62mph time. Pilloried by some for the performance from its 380hp in-line turbocharged six-cylinder engine, others understood the significance of Vauxhall's and Lotus’s combined efforts in producing the world’s fastest four-door saloon.

The Lotus Carlton is still discussed in revered tones, this performance saloon’s impact resonating to this day. Getting behind the wheel is something I’ve wanted to do since I first read about it, and while they say never meet your heroes, it’s forcefully evident that’s not going to be a problem here.

The six-speed manual transmission immediately dates it, as super saloons today all come with automatic gearboxes. There’s nothing wrong with its performance, though, which remains shocking, even compared to the 600hp that its modern equivalents now develop. The ride is composed, the steering detailed, and the Lotus Carlton, while big in its day does not feel limited by its size now. Push it hard and it’s a hugely rewarding, engaging and an interesting car to drive, mixing modern performance with old-school feel. It cost £48,000 back when it was new, and this right-hand-drive example is one of just 286 UK cars built. If you own one, don’t sell it, as it’s appreciating in value at a rate equal to how quickly it accelerates.

So there you have it, a potted, eclectic mix of early and a reasonably new Vauxhall, reminding us that, despite the brand’s mainstream positioning now, it has innovated and pushed boundaries in its long history. With ownership changing to the PSA Group, Vauxhall will no longer be under GM’s umbrella. What the future holds for it remains unclear, but if evidence from its history is any clue, Vauxhall might just surprise and delight as it pushes into a new era.

Gallery: Driving The Most Iconic Vauxhalls Of All Time