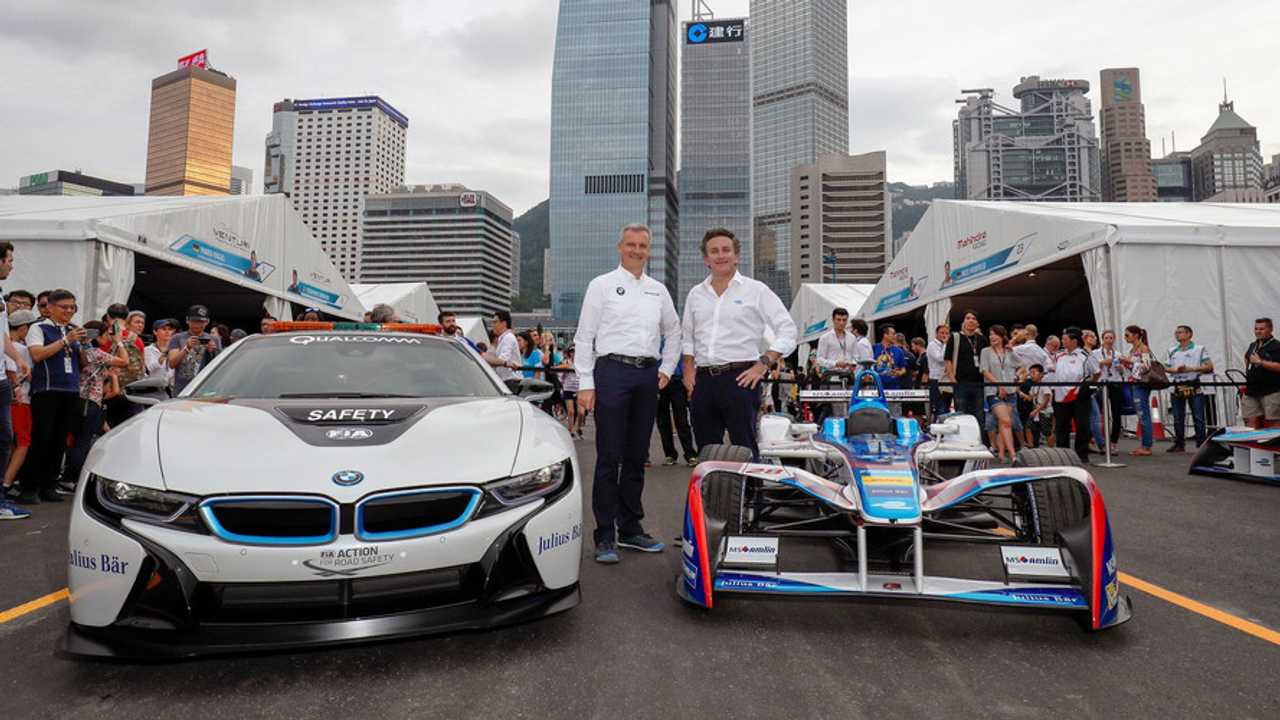 Expect to see Formula E tech in BMW's road cars in the near future.

BMW has confirmed it is the latest car manufacturer to join the growing FIA Formula E Championship’s grid. The firm will join for Season 5, running from 2018-19, developing an all-new drivetrain that will be run by the Andretti Formula E team.

The German brand has also created a new racing division, BMW i Motorsport, which it says will help develop future generations of BMW i road cars. It will also be a 'technological laboratory for BMW iNext', the anticipated electric SUV due in 2021.

'The borders between production and motor racing development are more blurred at BMW i Motorsport than in any other project,' claims BMW development board member Klaus Fröhlich. 'The result is a technology transfer on a whole new level. We are certainly confident that the BMW Group will benefit greatly from the experience gained in the field of electrotechnology during this project.'

BMW motorsport director Jens Marquardt said it was the fast and successful development of the Formula E championship that encouraged the firm to join. BMW is also excited by the series changes due in Season 5 – specifically, the ending of the driver-car changeover. This will place even greater emphasis on the extended capacity of the racing batteries.

Andretti Autosport needs no introduction, of course. 'We look forward to running BMW’s first all-electric racing drivetrain and competing for the Formula E Championship,' said CEO Michael Andretti. 'BMW is leading the automotive future with the BMW i line and their innovation in electric car technology. I couldn’t pick a more prestigious or historic manufacturer to work with in Formula E.'

BMW says joining Formula E is part of it strategic realignment of motorsport activities, that focuses on DTM, the FIA World Endurance Championship, IMSA WeatherTech SportsCar Championship, the Dakar Rally, GT3 and GT4 racing customer cars and now Formula E, a series it has been official vehicle partner to since the first season. Clearly, BMW has no plans to return to Formula 1.