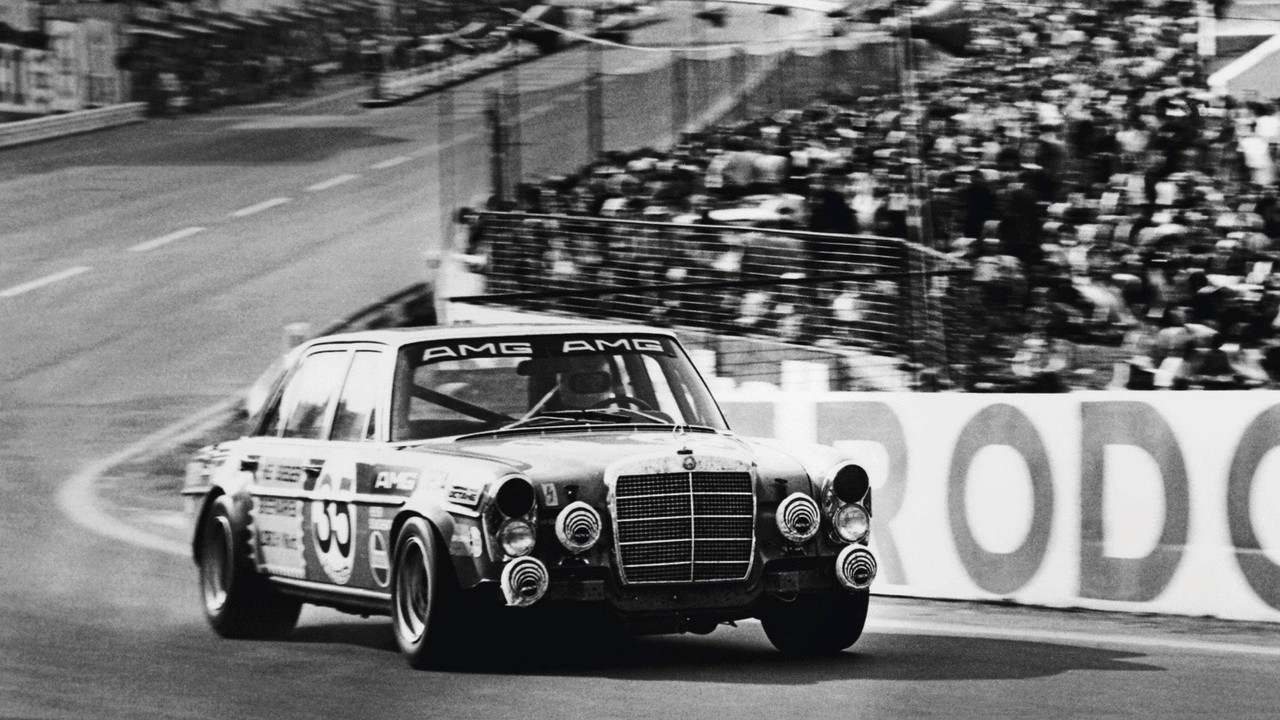 AMG is well known for being rebellious. This is where it all began.

This year celebrates 50 years of the slightly bonkers AMG nameplate. Whilst its tyre smoking antics are well known on modern Mercedes-Benz, the Red Pig is where the sporting department really made a name for itself.

Founded by former Mercedes engineers, Hans Werner Aufrecht and Erhard Melcher, their boosting of Mercedes customer cars became well known. One unassuming day a customer made a rather unusual request. He wanted to take his Mercedes-Benz 300 SEL racing.

The 300 SEL was a quick car, in fact German’s fastest production car at the time, however, that was on the lengthy straights of an autobahn. The Merc may well have been equipped with a 250hp 6.6-litre V8 from the factory, but it was the size of a barge and weighed roughly the same, too.

Hans and Erhard, in true AMG fashion, got to work turning what seemed like some crazy drunken dream into a reality. Boring the engine out to 6.8-litres and upping the output to 420bhp was impressive, but the real work was yet to come.

Adding aluminium doors helped reduce the rather lardy curb weight, but its rear seats and wood trim remained. The track was widened to increase the cars footprint and increase grip. Flared arches then needed to be grafted onto the SEL in order to cover the new racing tyres that protruded.

Racing suspension squatted the car unnaturally low the the ground, but completed what would become one of the worlds most unusual racing cars. It was also the first racing car to wear the AMG acronym.

In 1971 when the Mercedes-Benz 300 SEL 6.8 AMG rumbled into the Spa paddock for the first time, people pointed and laughed. It quickly earned the nickname of 'Red Pig' due to its ungainly looks. Sat against its sleeker race-bred competitors the SEL appeared to resemble Frankenstein’s monster. Those poking fun at the car knew nothing of what the pending 24-hour race would bring.

Starting from fifth on the grid, the Red Pig roared off to begin its lengthy endurance race. It was driven with steely determination by Clemens Schickentanz and Hans Heyer though the night. Quickly silencing its critics, the car not only kept pace with front runners, but could quite happily out perform them.

As day broke, the car crossed the line as the winner of its class and second overall against rivals that were perceived to be far faster. It could have won outright if it were not for the number of stops required to fuel the beast.

As the story spread, AMG’s fame grew and its place as world class engineers was cemented. They would later go on to be officially recognised by Mercedes-Benz with the three-pointed star selling their products alongside their own. In 1999 Mercedes took a controlling interest in the tuner and become the sole owner in 2005.

What became of the Red Pig? Sadly it isn’t a fairytale ending. After its racing career the 300 SEL was then sold to an aircraft company. As one of the fastest cars in the world it was perfect for testing landing gear at speed by dropping it though holes cut into the floor. It didn’t take long for the fabled racing car to become a total wreck.

Resurrection was to be found in 2006 when AMG dusted off the original plans for the Red Pig. Nut for nut, bolt for bolt, they set about building an exact replica. While not the original car, it is as close as we will ever get to the underdog that served its critics an extra large slice of humble pie.