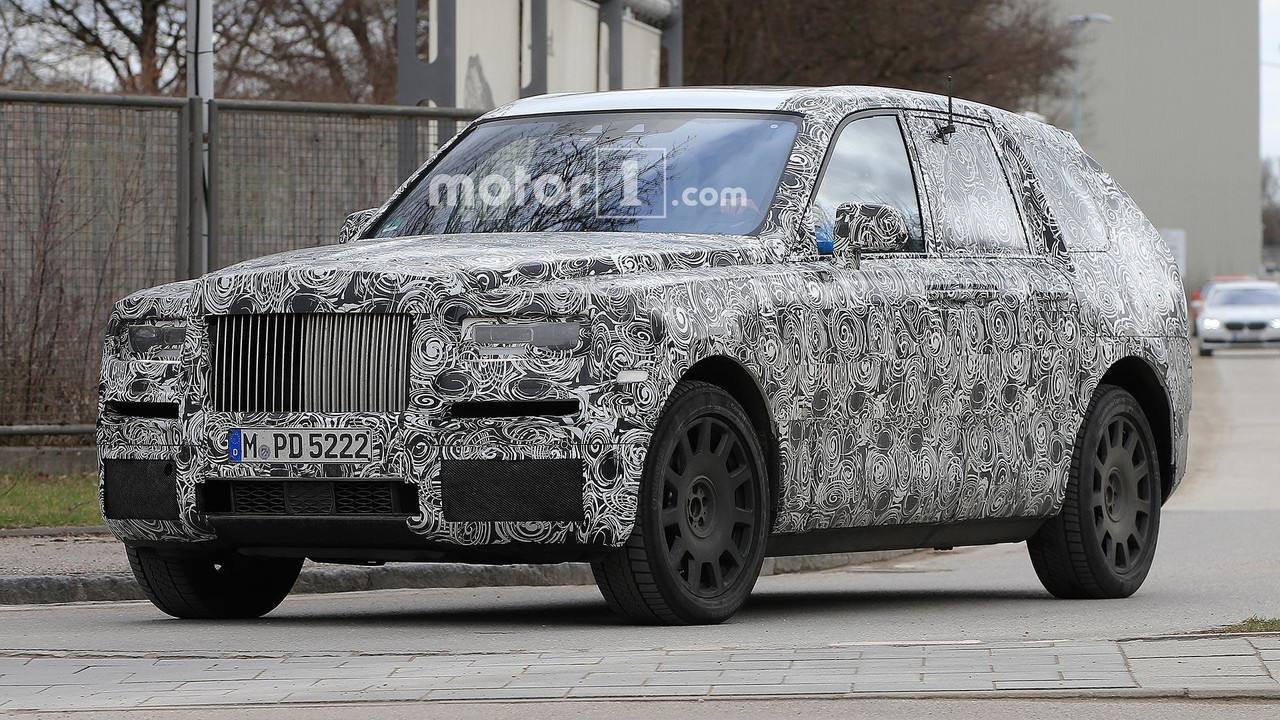 Big, bold, fit for a Queen?

Development of the first-ever Rolls-Royce SUV is advancing fast: the firm has now been spied testing disguised close-to-production cars in Europe – giving an indication as to just how imposing it’s set to be. There’s certainly no disguising its huge upright grille, nor the fact it’s going to join other Rolls-Royce in featuring rear-hinged ‘suicide’ doors (despite Rolls' attempt at mocking up rear doorhandles beneath the disguise).

Set to be called Cullinan, the first Rolls-Royce SUV – or, as design boss Giles Taylor prefers, ‘high-sided vehicle’ – has enormously deep, flat sides, a large glass area and, at the rear, a hatchback tailgate. Don’t worry about those lights – they’re mock-ups, not the final items – although the units at the front are production-spec lamps.

It seems the bonnet is going to sit proud from the front wings, blending into the gigantic grille, furthering its stateliness (and Taylor’s confidence it could easily serve as a state vehicle for Queen Elizabeth I). We can say with absolute confidence even without seeing it that you’re certainly not going to miss it.

Underneath, the aluminium-heavy platform of the new V12 Rolls-Royce Phantom, due to be revealed later this month, will feature. Rolls-Royce will equip it with four-wheel drive off-road capability, and there may also be a plug-in hybrid later. (There won’t be any lack of space to squeeze in the batteries…)

Needless to say, it will be lavish and club-class inside, with one of the most magic carpet-like ride qualities of any car in the world. We expect to at least see more of the Cullinan later this year, possibly at the Frankfurt Motor Show, with first drives nearer to the 2018 on-sale date. Prices? Higher than the Phantom, which will make it very expensive indeed. Don’t be surprised to see figures of upwards of £400,000…