John Lennon's Famous Roller Is Returning To The UK 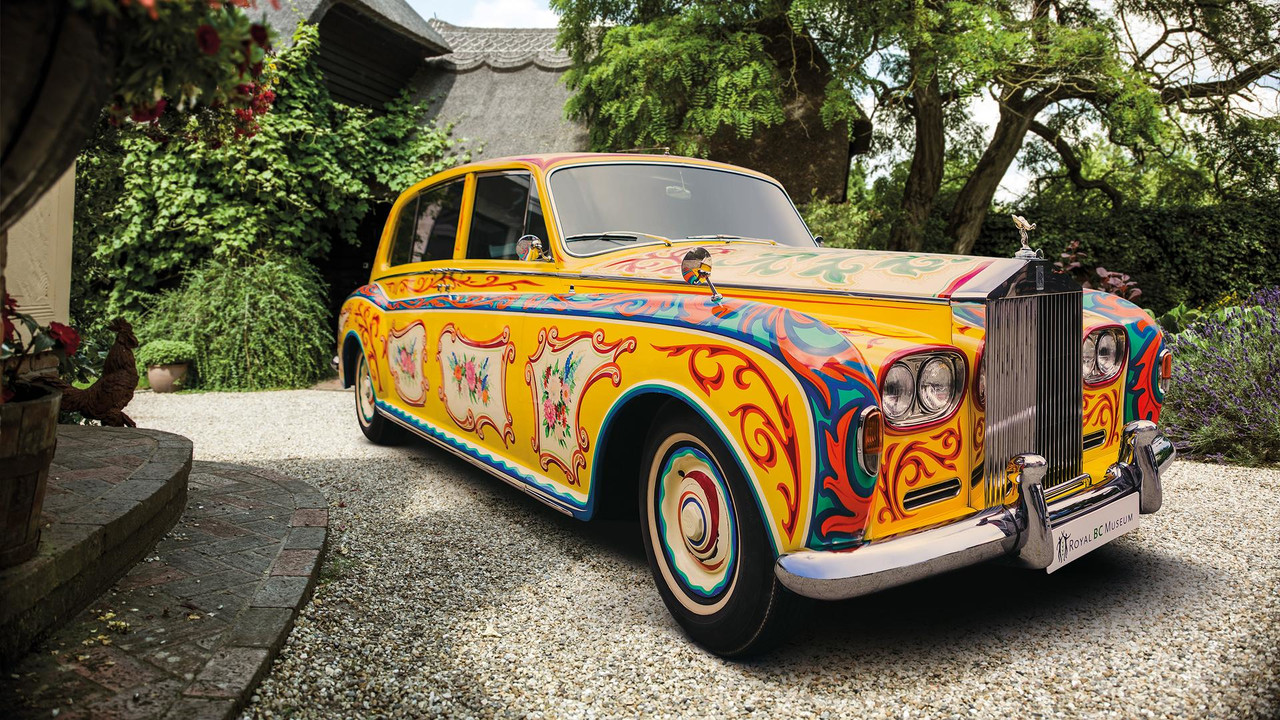 The psychedelic Rolls-Royce will be on display later this month.

John Lennon is said to have harboured a childhood desire to be an 'eccentric millionaire' – and on 3 June 1965, he took delivery of a car that would go some way towards achieving that ambition. This Rolls-Royce Phantom V started off like any other Roller, finished in Valentine Black paint and ready for turning heads in the city of London.

The Beatles star sent the Phantom V away to be customised to suit his rock-star lifestyle. He stipulated that the rear seat should be converted into a double bed, while a television, phone and even a fridge were installed to make his hectic life that little bit easier. A 'floating' record player and custom sound system were fitted, including an external loud hailer – guaranteed to attract a crowd.

Ahead of the release of the band's forthcoming Sgt. Pepper's Lonely Hearts Club Band album in April 1967, Lennon asked Surrey coachbuilders, JP Fallon, to give the Phantom a bold new look. Revealed days before the release of the album, the one-off Rolls-Royce was finished in bright yellow paint – close to the cover of Sgt. Pepper's Lonely Hearts Club Band – while floral Romany scrolls give it a psychedelic appearance.

Lennon used the distinctive Phantom for a number of years before shipping it out to the USA in 1970 where he sold it and it fell into the hands of billionaire Jim Pattison who, after a number of years in storage, donated the Rolls to the Royal British Columbia Museum in Canada, where it's remained since.

That's until now. Rolls-Royce has announced that it will be bringing the psychedelic Phantom back to the UK to celebrate the 50th anniversary of the legendary Sgt. Pepper's Lonely Hearts Club Band album. It will be featured as part of the British brand's 'The Great Eight Phantoms' exhibition held at Bonhams on New Bond Street in London – open to the public from 29 July to the 2 August.