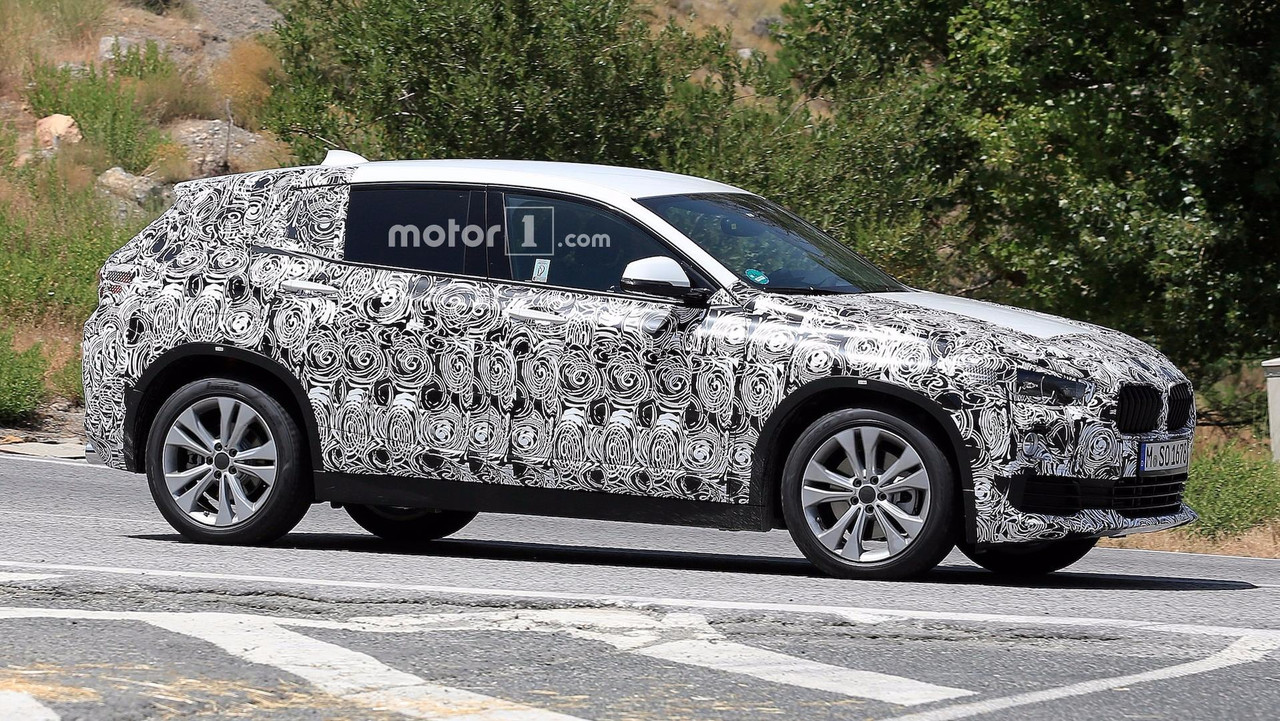 Expect to see it at the Frankfurt Motor Show.

Spy photographers have caught BMW's sporty new X2 crossover being tested ahead of its official debut later in the year.

The X2 will, as its name suggests, sit between the X1 and X3 in BMW's range. Closely related to the X1, these spy pics show it'll take a similar 'coupe'-esque approach to the bigger BMW X4 and X6.

Previewed in concept form at last year's Paris Motor Show, the X2 will ride on the same UKL platform as the X1 and Mini Countryman. Although the engine line-up is yet to be confirmed, expect it to share a range of turbocharged four-cylinder petrol and diesel engines with the smaller X1. A hot M-Performance model is also mooted, likely to be badged M40i with power coming from a 2.0-litre four-pot producing around 300hp.

Interior pictures reveal a typically-BMW cabin, with a large infotainment screen in the centre of the dash and no shortage of premium materials. Like other sporty SUVs in the BMW range, the X2 is likely to lose a degree of practicality in favour of stylish looks.

BMW is rumoured to be taking the new X2 to the Frankfurt Motor Show in September before sales begin in 2018. Prices will be announced following its public debut, but expect it to start at around £30,000 to take on the Volvo XC60 and Land Rover Discovery Sport.