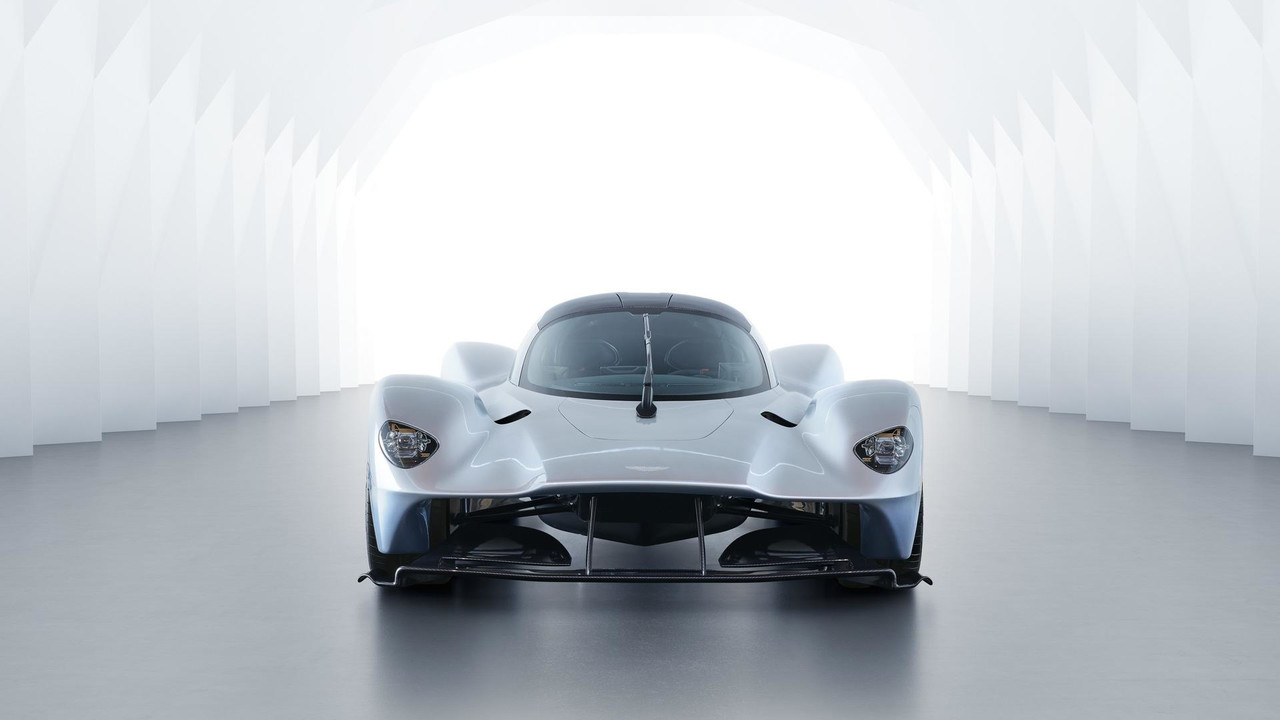 Aston Martin announced last year it’s developing a hypercar with Red Bull Racing design genius Adrian Newey. Since then, the firm has shown the original concept car several times: today, it’s revealing the model in almost production-ready guise – and we’re also being granted a look at the interior too.

Design director Miles Nurnberger admits the design is “95 percent there. Much of what you see is actually the structure of the car, so this had to be signed off relatively early”. It’s the non-structural elements that may change between now and next year – and it’s these areas that Newey is working hard to perfect.

He’s already forced the designers to open up the body between the cabin and front wheelarches. Why? Because of “considerable gains in front downforce”: Nurnberger’s job was to make it look pretty. “Ordinarily the last thing we’d want to do to one of our surfaces is cut a hole in it, but these vents work the front wings so much harder that they’ve found a significant gain in front downforce. The fact that they are so effective gives them their own functional beauty, but we’ve finessed them without impacting on their functionality.”

Some beautiful details are already emerging. Even the high-mounted rear stop lamp has been custom-designed – it’s the world’s smallest such unit, just 5.5mm wide and 9.5mm high, set intricately within the rear shark fin. At the front, headlights are 40 percent lighter than normal units, thanks to being ‘deconstructed’.

Newey’s even had a say in the Aston Martin wings badge on the nose. The normal one was far too heavy, he reckoned, so Aston has invented a chemical etched aluminium badge that’s a mere 70 microns thick – and 99.4 percent lighter than the normal one…

This is our first major look at the interior, which is suitably minimalist and World Sports Car racer-like. The seats are mounted directly onto the carbon fibre tub, standard seatbelts are actually four-point harnesses and a six-point harness is optional. Although it looks snug in there, Aston promises there's enough space for two 98th percentile adults.

There are three interior screens, but just one of them is used for the car’s key functions. The super-sharp OLED display is masterminded from steering wheel mounted switchgear – which, as in a racing car, is removable. The other two screens? Rear view monitors, which take the place of a rear view mirror: the Valkyrie has no rear window, so can do without a mirror. Forward visibility is “virtually uninterrupted”.

Interior design director Matt Hill said “it’s been a tremendous challenge to make the interior packaging work. We’ve embraced Red Bull Racing’s Formula One ethos and approached from a different angle than conventional road car design.” This is not just in the F1-style laid-back ‘feet up’ driving position, either.

“We’ve started from a position where you think something is impossible and work at it until you find a way to make it work. You really do have to sit in it to believe there is genuine space for two large adults.”

Equipped with a 6.5-litre V12 Cosworth engine in combination with an F1-style KERS hybrid device, the Valkyrie is expected to produce over 1100hp, which should make light work of its expected one-tonne kerbweight. Aston Martin is making 150 of them, each costing over £2 million, with deliveries expected to begin in early 2019.