Five Things We Know About the Fittipaldi Motors EF7 GTR 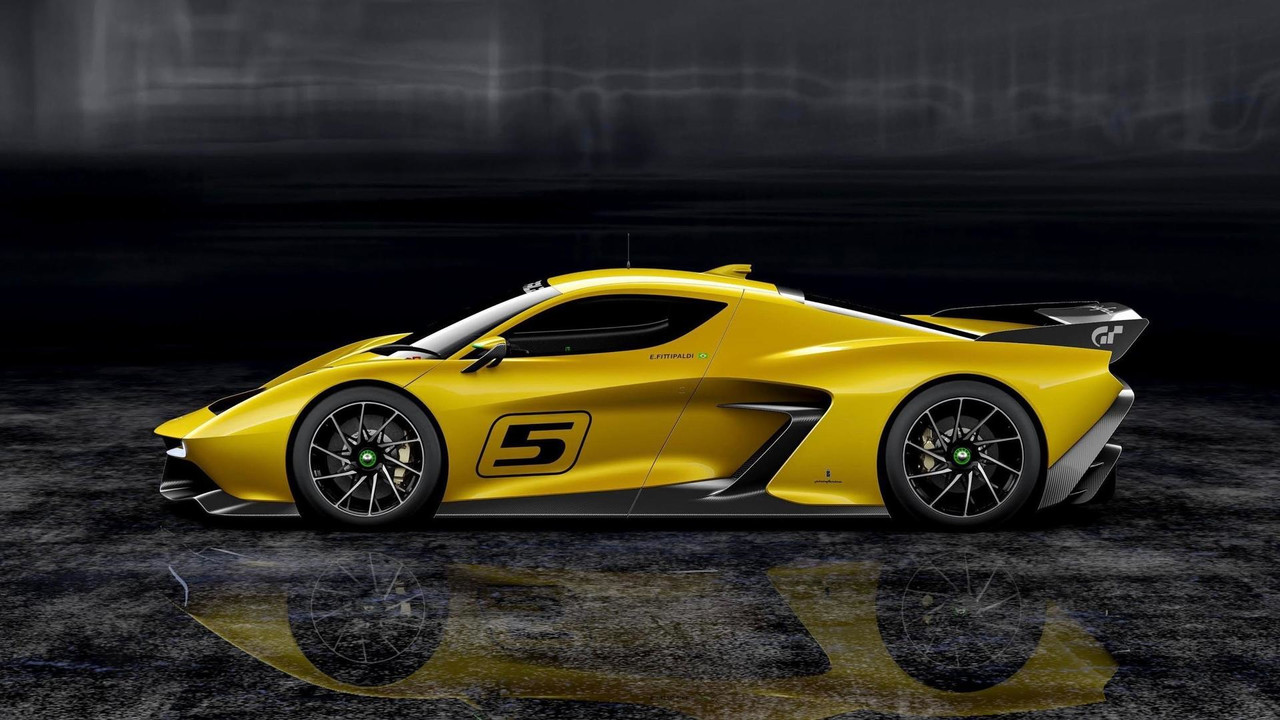 The Fittipaldi Motors EF7 GTR made its global debut at the 2017 Goodwood Festival of Speed and Motor1 was there to interview its creator, Emerson Fittipaldi. Here are five things you need to know about the start-up supercar maker.

Fittipaldi has been dreaming about this car for 50 years

You’d think being a two-time Formula One World Champion, an Indy Car Series Champion, double Indianapolis 500 winner and proud father of seven children – hence the ‘7’ in model name EF7 - would make anybody content with their lot, but Fittipaldi is a man totem from another dimension.

In fact, he has been dreaming about this car since he left Brazil at the age of 21 to pursue a racing career. “I always had two dreams in life,” he told Motor1. “To be a GP driver and to build my own car. Five years ago, I said now it’s time to do it. It’s become the biggest project of my life.” Fittipaldi is 70.

It’s a race car that mere mortals can drive

Admittedly, these are incredibly rich mere mortals as only 39 examples are to be made, each commemorating one of Fittipaldi’s international motorsport victories. But the brief for the EF7 GTR was around lightness, safety and ease of use. “I wanted to make a car that was forgiving and fun to drive for the lady and gentleman driver,” he explained. “I like a big cabin with lots of visibility and I prefer naturally aspirated engines to turbocharging. In a long fast corner, you can control it better on the throttle.” We’ll take his word for it.

The EF7 GTR features a bespoke 4.8-litre V8 that develops 597bhp at 8250rpm and 398lb ft at 6000rpm. A Ferrari 458 Speciale uses a 4.5-litre V8 that develops 597bhp at 9000rpm with identical torque performance, and the similarities are no accident. To create his dream car setup, Fittipaldi benchmarked the current crop of supercars and hypercars including the 458 Speciale, a McLaren P1 GTR and AMR Aston Martin Vantage. “The 458 was the most forgiving; easy to drive yet still fun. The McLaren P1 GTR was very demanding, but it was a different level. It’s a fantastic car.”

HWA is the most successful German Touring Car team in more than 30 years of DTM history and has been enlisted to engineer and build the EF7 GTR. Clearly, Mr. Fittipaldi likes a winner…

The Stuttgart-based company has applied its race-specific know how to the entire car, which weighs in at just 1000kg - 300kg lighter than a 458 Speciale. It features a carbon monocoque with an FIA-certified integrated roll structure, a six-speed sequential gearbox, pushrod inboard suspension, adjustable anti-roll bars, polycarbonate windows, bespoke seat for each driver, race brakes and adjustable traction control.

The design was inspired by sharks

“I spent two years with Pininfarina to create the shape,” Fittipaldi told us. Who is Pininfarina, you may ask? Only the most revered and illustrious design house in the history of automotive couture, having created cars for Ferrari, Alfa Romeo, Lancia, Maserati and Bentley. Now it can add Fittipaldi Motors to the mix.

“I wanted the car’s design to be inspired by a shark. They are very aggressive but beautiful and very aerodynamic.” True to form, there is more than a hint of shark mouth going on in the mechanically adjustable front wing, while there’s a dorsal fin on the roof and caudal fin-inspired rear wing to create real downforce. With each model expected to be produced in a bespoke colour and feature a unique racing numeral, we’re hoping somebody has already bagsied Battleship Grey.

Deliveries are expected to start in one year, but Fittipaldi is already working on homologating the EF7 GTR for both FIA race approval and the street. “This car will be still legal in two years, but we need to get it ready to race first. My plan is to enter the Daytona 24Hours in my own car. If I don’t do it now, I never will.” Based on Fittipaldi’s track record for tenacity, we’re looking forward to seeing him and the car on the starting grid soon.