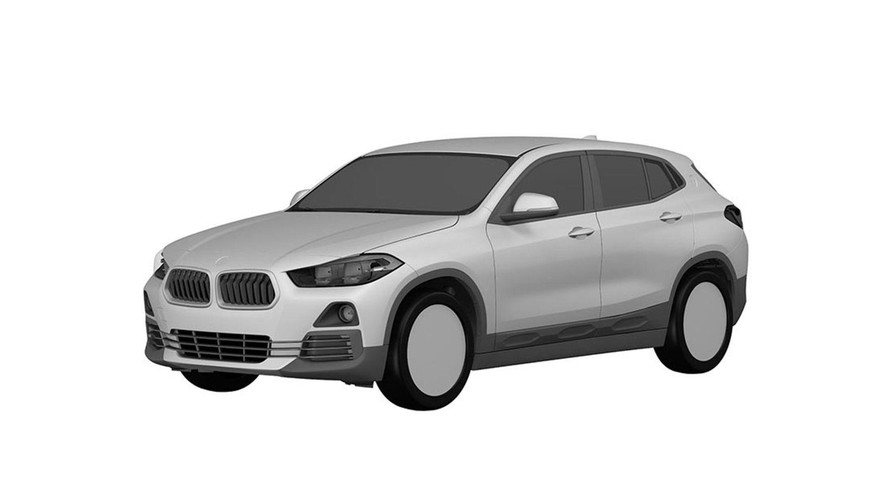 How to make a cute concept production-ready.

At the Paris Motor Show last year, BMW impressed visitors with its cute junior SUV-coupe, the Concept X2. BMW officials were happy to (very) heavily nudge and wink that a production version would be coming soon: it now seems the due date will be the Frankfurt Motor Show in September, exactly a year after the concept version was revealed.

These new patent images from the Japanese bureau are our clearest look yet at the final design of the X2. Side-by-side, the similarities with the concept model are clear: look at that side window line, the rake of the rear pillar, the slightly flattened tops of the wheelarches. The coupe-like roofline seems to have made it through relatively unscathed, too – and if you squint, you can just see the round pressing in the rear pillar, all set to take a BMW roundel just like on the concept. How very 1970s BMW 3.0 CSL.

Of course, it's less dramatic at the front: car makers can do things with concepts they aren't legally allowed to do with production cars, which have to pass pesky details such as crash safety tests. It's likely the aerodynamicists have had a say too, which is why the front bumper isn't as extreme, the headlights are bigger, the the wheelarches less pumped. But, again, it's still clearly Concept X2-derived: add on some bold orange paint and the similarities will be obvious.

BMW's also added on things such as door handles and full-size door mirrors, while the wheels aren't quite as extreme in diameter. The tail lights are not as structural as the concept either: the rear is perhaps the aspect where it's evolved the most over the concept. It's still promising though, and the benefits in interior practicality will help BMW draw in families who like the X1, but fancy something a bit sportier.

All told, these are encouraging signs BMW has been able to bring across the Concept X2 into production with relatively few major compromises. Expect an official reveal in the build-up to the Frankfurt show, ahead of sales beginning later in the year and deliveries commencing in early 2018. BMW will certainly be keen to get the X2 out there pronto: Jaguar is also gearing up the launch of a sporty direct rival to this model, the E-Pace. Show debut for that? Why, Frankfurt in September...