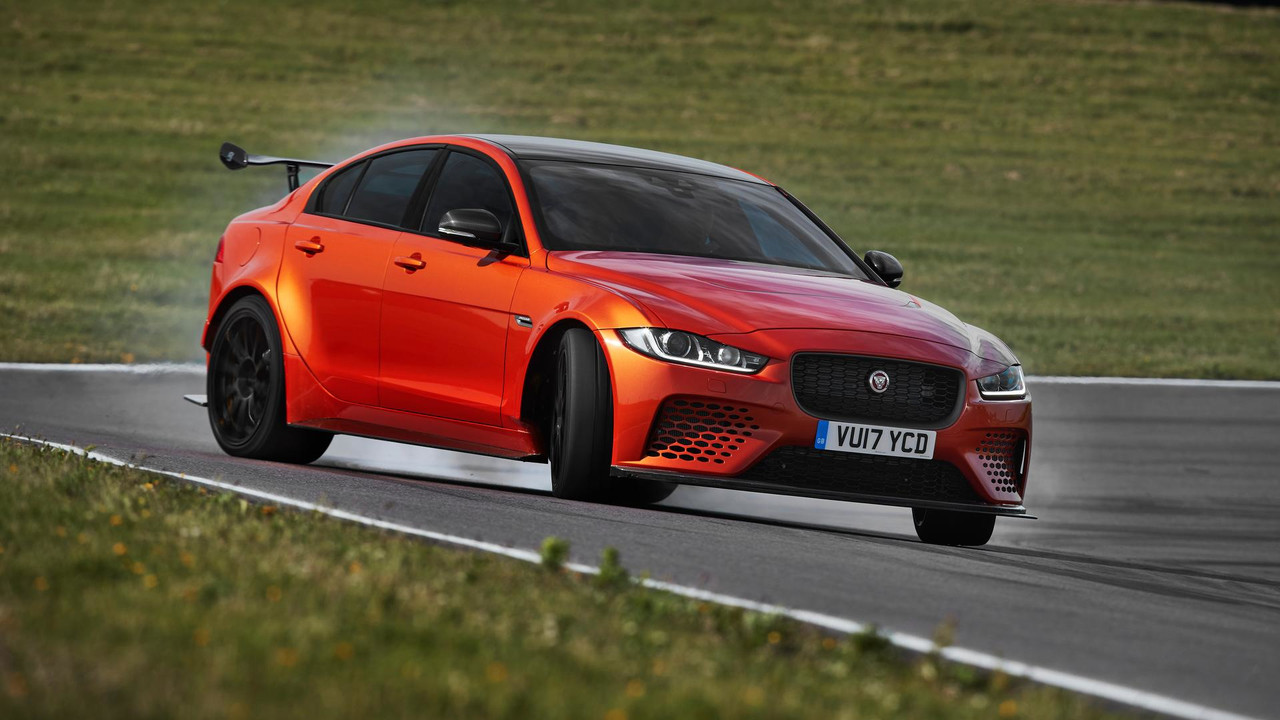 Super Saloon Wins Michelin Award at the Festival of Speed.

This year’s Goodwood Festival of Speed saw many global debuts, including that of the menacing Jaguar XE SV Project 8 of which has won Michelin Showstopper of the Year.

The show proved to be and excellent vintage, providing all of the thrills and drama we have come to expect from this unique event. Considering the Jaguar was up against million-pound supercars and pin-up poster idols, it proved to be a real fan favourite. Motor1’s Jon Quirk was involved in judging some of the finest cars to ever tread tarmac alongside: BTCC champion Tim Harvey, Seen Through Glass’ Sam, Paul Wallace from Supercars of London, and tuning company Deranged.

Don’t go thinking that the Jaguar XE SV Project 8 isn't your standard luxury saloon in fancy dress, this XE has had some magic woven into it by Jaguar’s Special Vehicle division. 75% of its parts have been replaced resulting in a four-door saloon that can worry a Ferrari. Under the bonnet you will find a supercharged 5.0 litre V8 engine that produces 592bhp. Four wheel drive and an 8 speed Quickshift gearbox helps the Project 8 achieve 0-60mph in just 3.3 seconds.

Extensive aerodynamic changes not only make this XE look mean, but will help it attempt to set a Nurburgring lap record later this year. As well as an attention grabbing adjustable rear wing, the front splitter, flat underbelly, and sizeable diffuser all work together to generate downforce.