You Can Now Test-Drive A Lamborghini Huracan Performante In Britain 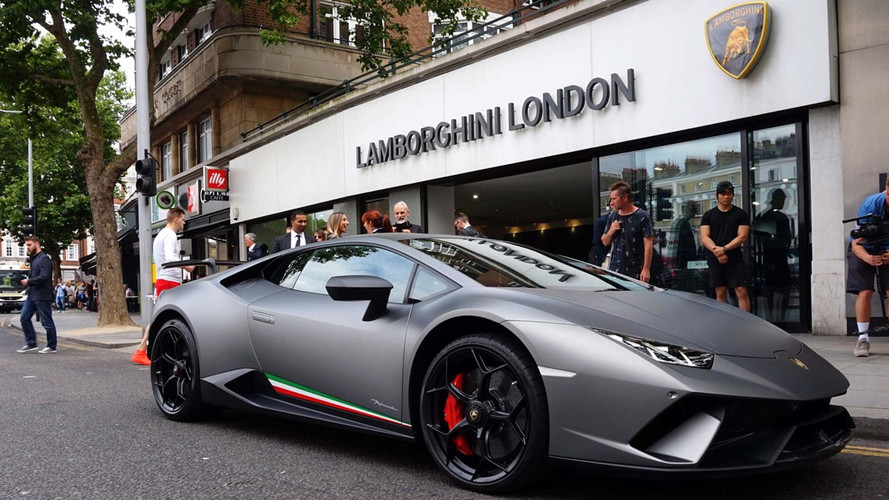 The first Lamborghini Huracan Performante supercars have been delivered to UK dealers so lucky potential customers can be first to sample the Nurburgring lap record holder in Britain. H.R. Owen dealers in London, Pangbourne and Manchester each has a Performante ready for test-drives.

H.R. Owen says its Lamborghini dealers are the first to get the new Huracan Performante test cars, which can hit 202mph when well away from UK public roads, and 0-62mph in 2.9 seconds where able. Last autumn, it grabbed the production car lap record around the ‘Ring with a 6:52:01 time. That’s fast.

The premium supercar dealer was near the top of the list for UK demo cars because it’s currently in Lamborghini’s good books: in 2016, Lamborghini London was honoured as the number one Lamborghini dealer in the world – kudos that’s already helped the South Kensington retailer display the UK’s first Centenario and a legendary 1988 Lamborghini Countach QV.

The Huracan Performante is the fastest junior Lambo ever, with carbon fibre tech taking its kerbweight down below 1400kg and its 5.2-litre V10 boasting a heady 630bhp power output. Price? It’s yours for a cool £210,000. We wonder how many lucky test-drivers will now be placing an order for one…