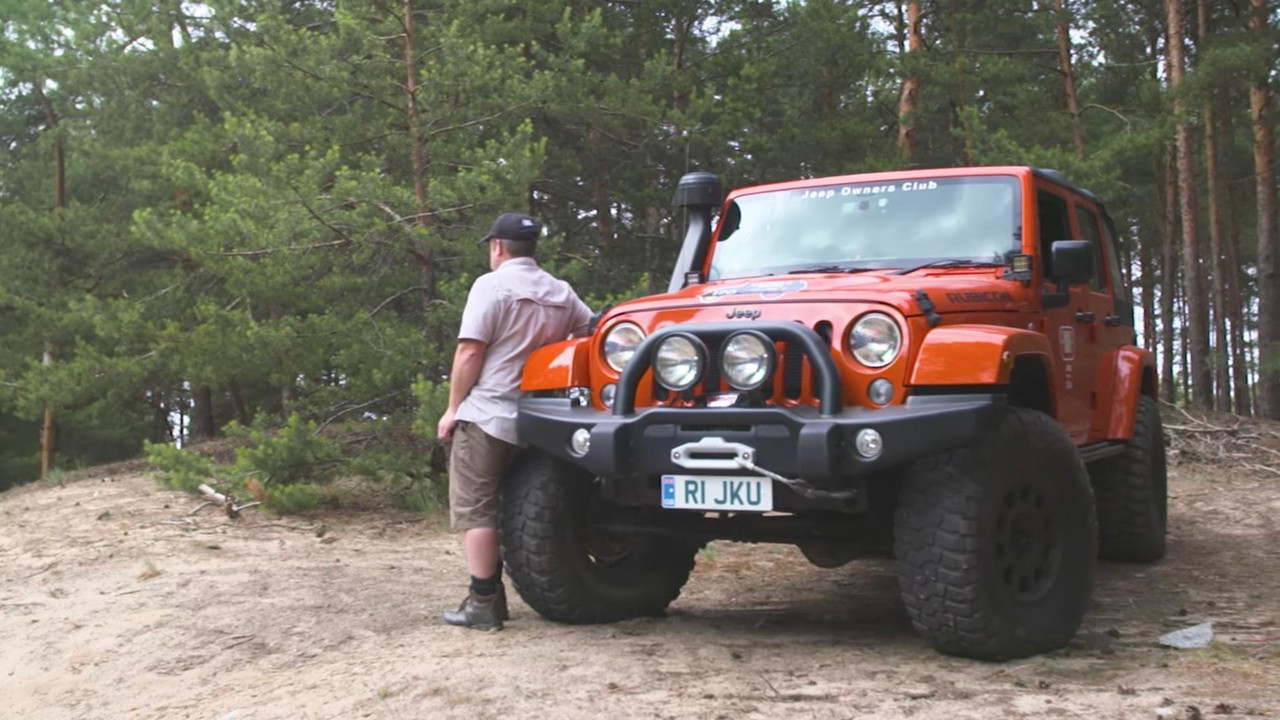 Stewart Harding has been crowned the UK's 'King of the Jeepers' at the 2017 Camp Jeep festival. Apparently, a 'Jeeper' is an affectionate term labelled onto only the most passionate of Jeep owners.
Harding, a director of the Jeep UK Owners Club (yep, we'd say that's pretty passionate), attended this year's action-packed event in Germany and entered his beloved 2015 Jeep Wrangler Rubicon into an online poll. Speaking to Motor1 before his victory, he described Jeep ownership as being "truly unique". "I don't believe there is any vehicle that can tick all the boxes the Jeep does," he explained.

If the luminescent orange paint hasn't already given the game away, Harding's Wrangler isn't exactly stock. It features a fettled 3.6-litre V6 petrol engine, offering enough torque to put the optional winch and winch bumper to good use. Indeed, it was this combination of attitude and go-anywhere ability that resonated with our UK readers, who voted in their hundreds to give this 4x4 top honours.
Harding will now be shortlisted into a grand final to find the world's best Jeeper. The online poll on Motor1 now extends to include competitors from Italy, Germany and France. For the biggest advocates of this brand, the chance to be recognised as world's best Jeeper will be priceless. Get voting!
++