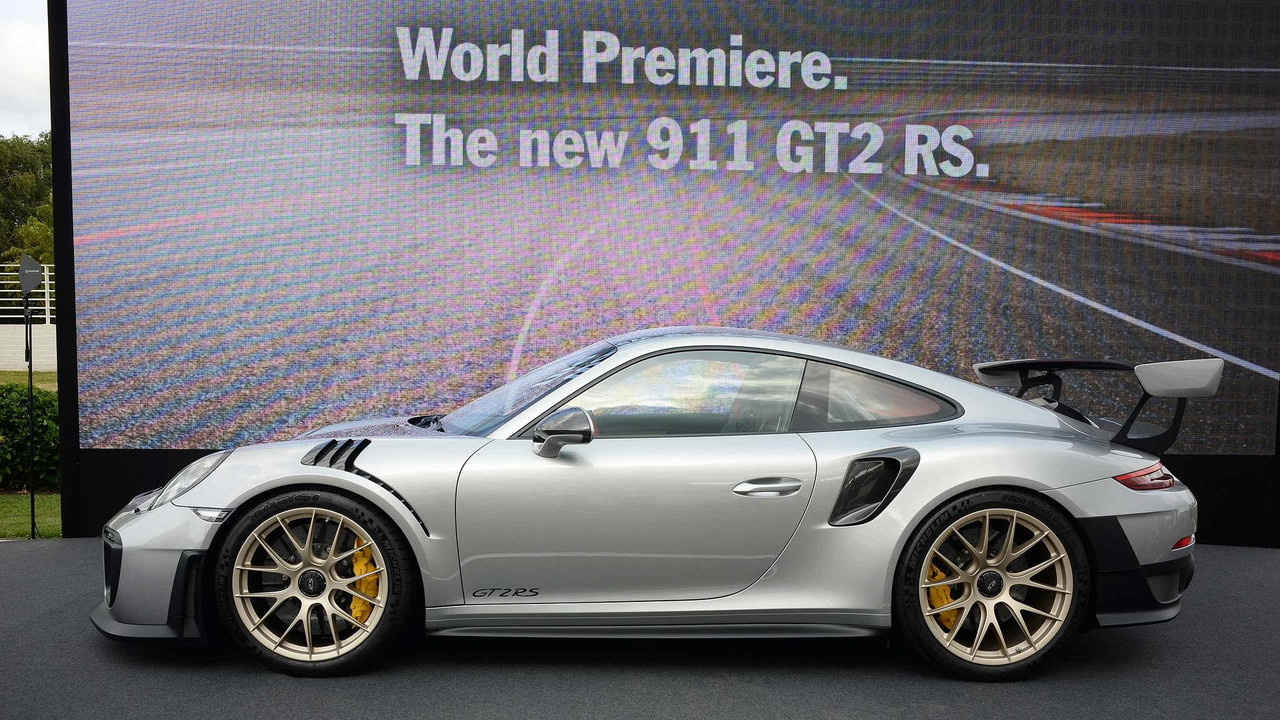 Meet the most powerful, most hardcore Porsche 911 ever built.

Porsche’s GT cars sit at the top of its sports car line up. They’re the most usable performance cars the engineers in Stuttgart can produce. Where the GT3 and GT3 RS are a perfect balance of power and handling, there’s one more GT car. One that takes the handling prowess of the GT3 RS, and power from the 911 Turbo: the GT2 RS returns for 2017.

Clad in carbon and featuring a rear-mounted twin turbocharged 3.8-litre flat-six, the new Porsche 911 GT2 RS produces 690bhp and 552lb ft of torque. 690bhp is roughly equivalent to seven family cars. All the power gets to the road via the rear wheels and Porsche’s dual-clutch PDK automatic gearbox. The new GT2 is good for 0-62mph in 2.8 seconds and it won’t stop until it hits a top speed of 211mph.

The bodywork is heavily race inspired, featuring huge air intakes, splitters and sills to manipulate the airflow, louvers in the wings to reduces pressure in the wheel well, grills that reduce lift, and a huge rear wing to generate downforce. The GT2 RS weighs just 1,470kg thanks to a carbon bonnet, front wings, and mirror housings.

Beneath the skin of every GT2 you will find the same four wheel steering system from the 911 Turbo and a set of ceramic brakes. A set of sticky 'Ultra High Performance' tyres help keep this supercar glues to the tarmac.

The cockpit is a combination of alcantara, leather, and carbon fibre. Unsurprisingly there are some hefty sports seats to keep passengers in place during high speed corners, and a meaty ‘wheel for the driver. Being an RS model means that there are no rear seats, instead you get a roll cage.

Much like the Porsche 918 Spyder, this 911 can be optioned with a Weissach package. Costing an extra £21,042 it gives the car a carbon fibre roof, carbon roll bars, and magnesium wheels, saving a total of 30kg. Weissach models can also be visually distinguished by their body coloured stripe and interior badging.