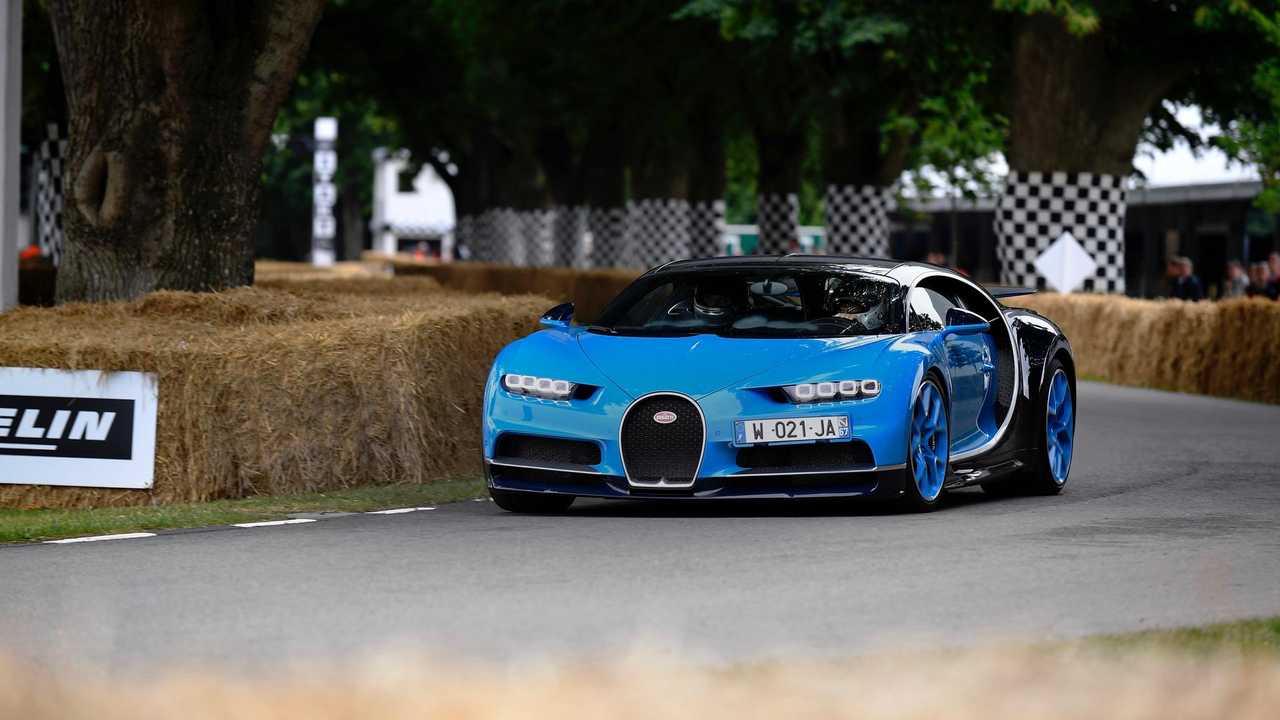 Bugatti fans are in for a treat at the Goodwood Festival of Speed.

The name Bugatti is synonymous with luxury, speed, and numbers big enough to boggle the mind. In doing their bit for the Goodwood Festival of Speed, Bugatti are bringing 9,404hp to the event.

That incredible figure is amassed by eight cars from Bugatti’s recent past. Sitting on just 700 square metres of manicured lawn, this collection likely makes said grass the most powerful bit of turf in the country.

Six Bugatti Veyrons with their huge 16.4-litre W12 engines make up the bulk of the brands tour de force at Goodwood. Within this multimillion pound gaggle are a few of the models greatest hits such as: a prototype car from 2005, the aluminium and carbon Pur Sang, a 1,200hp Super Sport World Record Edition, and a Grand Sport Vitesse of which is the record holder for fastest roadster.

It is a strong showing from the Veyron side of the family, but the new Bugatti Chiron is the biggest individual contributor to power by some margin. 1,500hp is produced by the flagship which will do 0-62mph in under 2.5 seconds and go onto an electronically limited top speed of 261mph. If you haven’t seen this piece of automotive artwork in the metal yet, you are spoilt for choice at Goodwood as Bugatti have brought two along for you to stare at.

The wealthy of the world are already queuing up for the keys to their Chiron as 180 deposits were placed even before its impressive specification was announced. Reportedly, one customer ordered six of the £1.9 million supercar.