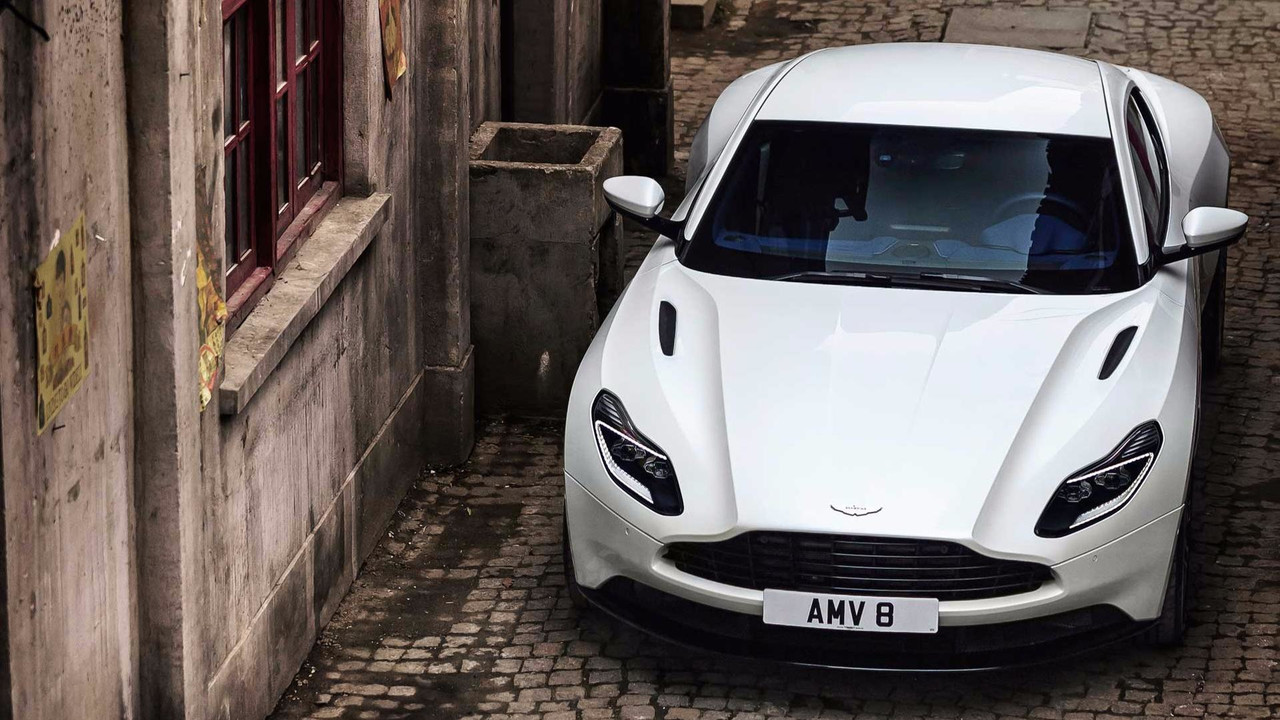 First Aston with a Mercedes-AMG engine.

After setting sales records with the all-new Aston Martin DB11 V12, Bond's favourite car maker is stepping things up a gear with the new DB11 V8. The first Aston Martin to benefit from an engine sourced from tech partner Mercedes-AMG, it makes the DB11 lighter and more agile for keen European drivers, and cheaper to buy in tax-heavy China.

The basic 4.0-litre Mercedes-AMG V8 will be familiar from umpteen other monster Mercs, although Aston hasn't taken it over unchanged. It's fitted new exhausts, revised ECU, even gone as far as bolting on a racing-style dry sump lubrication system, so the engine can be mounted as low as possible in the engine bay. Add in a weight saving of over 175kg and you have a considerably more agile and sporty-feeling DB11, reckons Aston.

It's comprehensively revised the suspension to suit, giving springs, dampers, anti-roll bars, suspension geometry and bushes a more focused tune. It's much more than simply being a standard DB11 with a downsized V8 engine, this – and the firm promises it will sound like an authentic Aston too, rather than a beefy AMG.

The specs say 510hp and 498 lb-ft of torque, good for a 187mph top speed and 0-62mph in a perfectly adequate 4.0 seconds. It also does 28.5mpg and emits 230g/km, which is an improvement on the 265g/km CO2 of the V12 motor. You'll struggle to tell it apart from a V12 version, though: the big difference is two bonnet vents rather than four, while they have a different finish, as do the alloy wheels and headlamp bezels.

The new V8 Aston Martin DB11 will make its dynamic debut this weekend at the Goodwood Festival of Speed, ahead of going on sale in the summer. Prices? From £144,900, which is roughly a £15,000 saving on the entry-level V12. Aston doesn't even strip out any equipment from it: kit levels are identical for both.