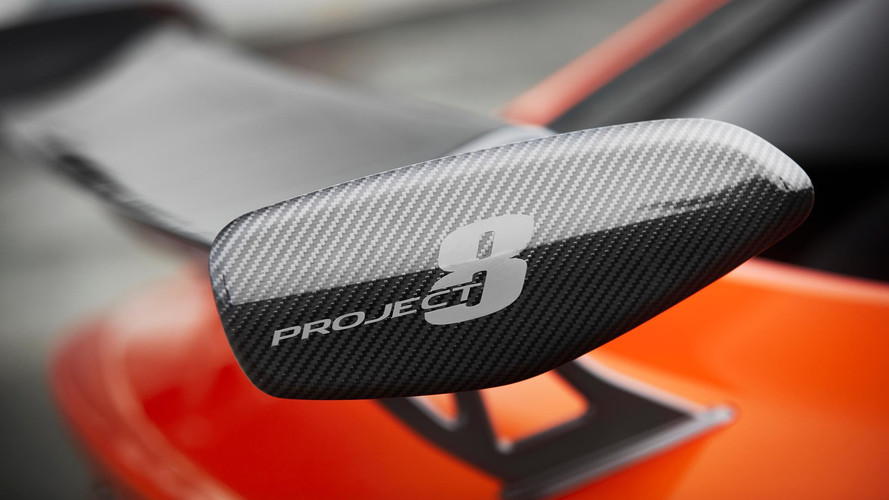 Sometimes you need to go beyond the press release to get a good feel for a new car...

We got a chance to get a sneaky first look at the new Jaguar XE SV Project 8 at the Special Vehicle Operations facility near Coventry a couple of weeks before its reveal to the waiting world. You can read the news bits, but here are five interesting things we learned at the reveal of the new supercar-rivalling XE Project 8.

The special vehicle division has quietly been expanding

Jaguar’s SVO has taken on 250 technicians and 600 designers and engineers in the last three years to build its cars. The outfit makes bespoke changes to Ranger Rover models and throws in the odd performance car like the Project 8 XE to show off what it can do.

The whole SVO setup is the most extreme and well-funded version of British blokes building stuff in a shed and you can tell that the guys there really enjoy their jobs – far more enthusiastic than some of the German performance divisions where they don’t look like they’re having any fun at all.

Don't worry – there were no projects 1 through 6

You did not miss a whole host of other performance models from Jaguar. The first car that SVO produced was the F-Type Project 7 back in 2014.

Jaguar says the Project 7 name in 2014 came about as an homage to the manufacturer’s seven Le Mans wins, and while they’d like to have us think that Project 8 is a tribute to the company’s workhorse V8 engine, it’s really just because it’s the number that follows seven.

What will the Project 9 car be, we wonder…? We've got our fingers crossed for a Porsche 911-baiting Evoque with the interior stripped out.

The SVO division wants to flex its muscles

Mark Stanton, SVO director, explained the purpose of the division very succinctly: ‘We take JLR cars and turn them up to 11’. He also said that the Project 8 was created ‘by enthusiasts for enthusiastic drivers’.

They might be enthusiasts at the Ryton facility on the outskirts of Coventry, but they mean business: ’Our team sits separately from the mainstream JLR teams, but we do work with them. We’re looking to strengthen our independence.’

Even the XJ220 supercar only managed a mere 550hp and 475lb-ft from its 3.5-litre turbocharged engine on its way to a 3.8-second 0-60mph time. The scorching new XE can truly claim to be a supercar in sheep’s clothing.

The SVO engineers have been obsessive about the detail, tweaking everything. Even the little holes in the front bumper were tested using computer programming to find the optimum balance of hole-to-expensive-carbon-fibre-spoiler.

Having said all that, it might be insanely fast, super-expensive and beautifully formed, but it still has two Isofix points in the back should you wish to make it your daily family car. We checked, that’s how dedicated we are.

The XE SV Project 8 is lovingly assembled by hand

Jaguar is able to make some alterations to the standard XE chassis on its Castle Bromwich assembly line, but then each car is diverted and assembled by hand by expertly trained SVO engineers who take two weeks to finish off each car. They’re limited to 300 examples, but even that should keep them busy for a little while.

Most of the SVO team has been found from within Jaguar Land Rover, with a few shipped in from outside. Of course, the top brass would say that there's a great atmosphere in the place, but the facility really does seem to have captured some of the car-making magic that's been lost since the robots took over. Well done Jaguar, top marks.