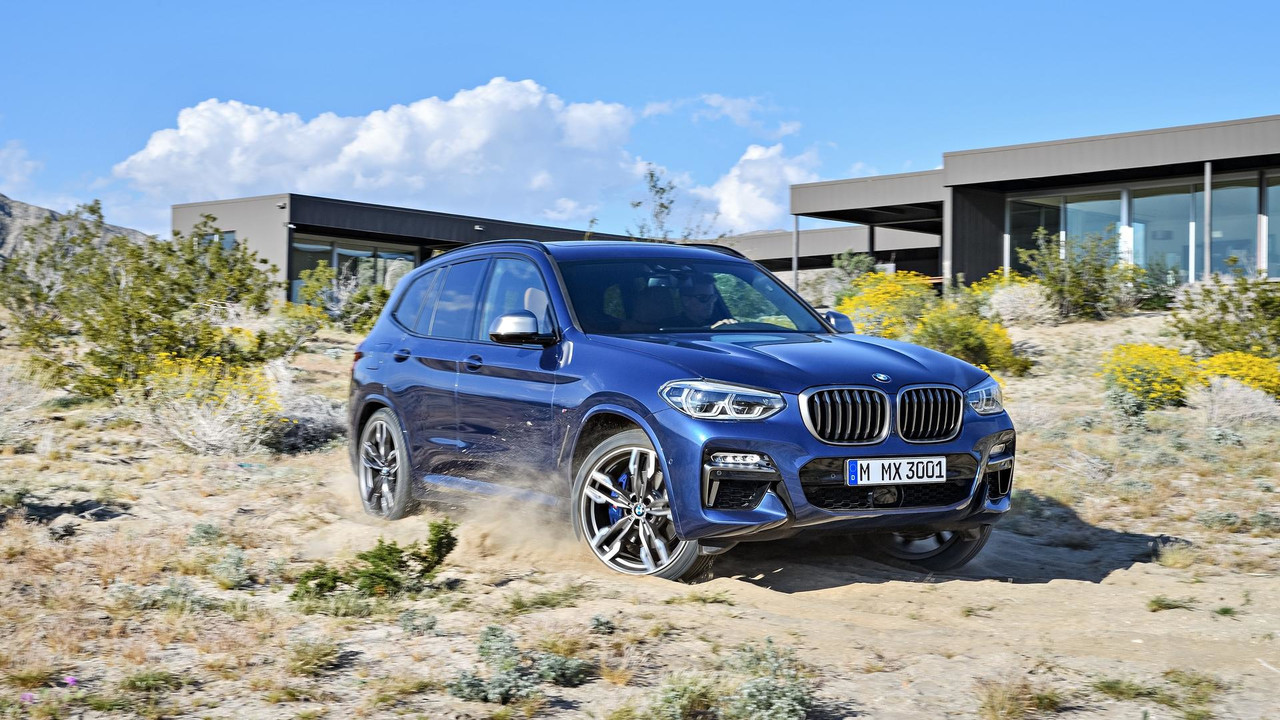 Most will buy the sensible 2.0-litre diesel.

BMW has taken the covers off its new 2018 X3 SUV – with a hot M Performance variant set to top the range. Producing 360hp from its 3.0-litre turbocharged six cylinder engine, the M40i will complete the 0-62mph run in just 4.8 seconds and compete with the Audi SQ5.

The firm says this new hot derivative – a first for BMW’s baby SUV – marks a new focus on sportiness for the popular Land Rover Discovery Sport and Audi Q5 rival. Despite this, most buyers are expected to opt for the much more sensible 190hp 2.0-litre turbodiesel, which returns a combined 56.5mpg and will cost from £38,880 when sales start in November.

A 265hp 3.0-litre turbodiesel will also be offered while a frugal 2.0-litre petrol turbo is mooted for the future. A petrol-electric hybrid badged the X3 xDrive40e is also expected further down the line, as is a fully-electric X3e to take on the Tesla Model X and Jaguar E-Pace.

British car buyers – known for their love of large alloy wheels, particularly on premium German vehicles such as the BMW X3 – will be pleased to read that all new X3s will come with wheels of at least 18-inch in diameter, while the M40i range-topper is shod with 20-inchers as standard (upgradeable to 21-inch if you wish). Other highlights of the M-badged model include styling tweaks in Cerium Grey as well as a bespoke M-Sport exhaust (complete with a flap to alternate between vaguely noisy and very noisy), along with M Sport suspension and upgraded brakes.

A lot of focus has been placed on image across the X3 range, with all models more curvaceous than before. The overall length remains the same but the wheelbase has been increased, shortening the front overhang for a more purposeful appearance.