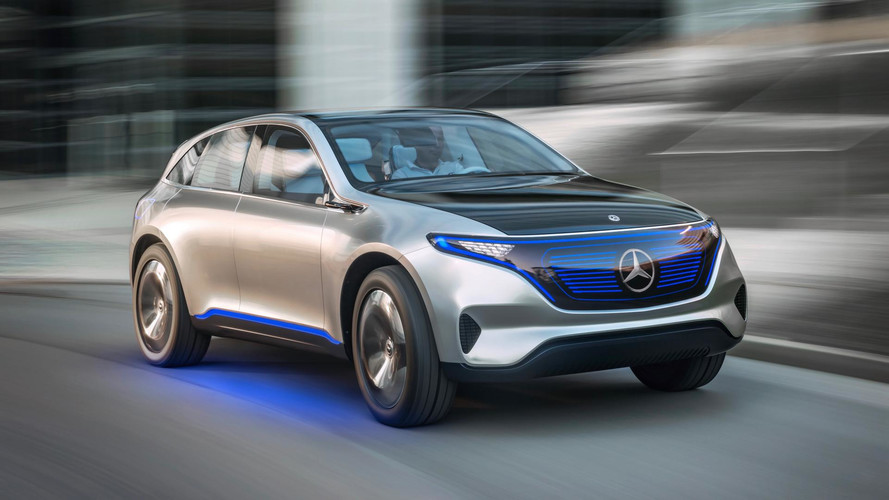 The sibling rivalry between the big three German car manufacturers is an ongoing game of oneupmanship dating back to the dawn of time. Almost every niche is contested, but now the battlefield is to shift towards electric cars.

'Anything you can do I can do better' is likely the tune being hummed by Mercedes-Benz engineers currently working on the company's new all-electric hatchback.

Not long after Audi outlined its battery powered plans for the next few years, the three-pointed star did the same. Both are bringing compact electric cars to market in a bid to take on the quirky BMW i3.

The first all-electric mainstream Mercedes-Benz will, rather predictably, be a crossover that is to launch a year before the hatch.

That vehicle will directly rival the Jaguar I-Pace and Tesla Model S. Slated to hit the road in 2020, the Mercedes-Benz EQ A hatchback is said to retain a more conventional design than the polarising BMW it will compete with. Styling will likely take some direction from the EQ concept car of the 2016 Paris motor show.

The EQ A will sit on a brand new modular electric platform that will be adapted for future models.

Electric cars are rising in popularity faster than ever – with the introduction of congestion zones, or the outright banning of cars from city centres in some countries, registrations have spiked.

In the UK alone 35,000 new electric vehicles were registered in 2016 and this is expected to grow considerably as air pollution legislation is reviewed in the coming years.

A concept version of the Mercedes-Benz EQ A will make its debut later this year at the Frankfurt motor show.