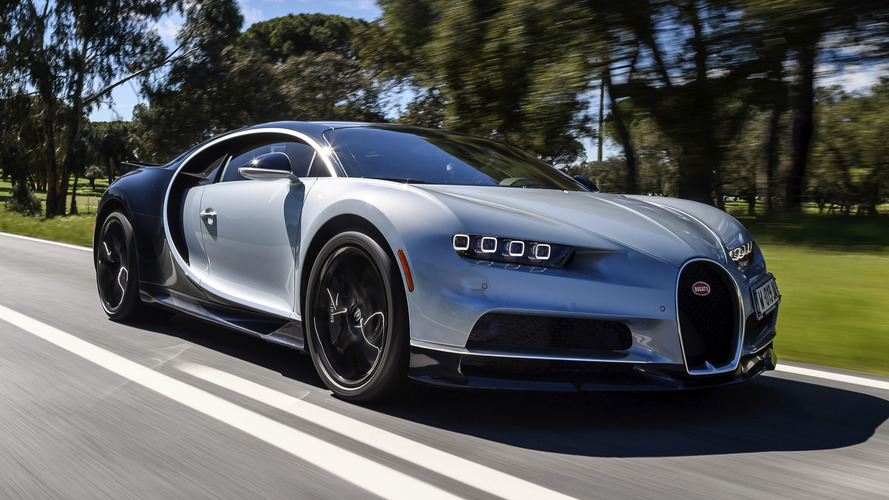 That's according to Bugatti's own test driver.

The Bugatti Chiron hypercar has a limited top speed of 231mph - unless you use its 'top speed' key to loosen the limiter up to 261mph. That's 3mph more than the Veyron Super Sport World Record Edition, a limited-run model designed to clinch the title as the world's fastest production car.

But speculation about what the Chiron could actually hit without a pesky limiter getting in the way has led to a Bugatti test driver admitting that he thinks a stock model could safely hit 280mph - and more, if the current production tyres were swapped for more serious rubber. Andy Wallace told Popular Mechanics that he thinks advanced tyres could help the 1,479hp hypercar reach more than 300mph in the right conditions.

Michelin's engineers are expected to attempt a high speed run in the near future and are expected to reach 280mph on the standard tyres. The record-run attempt will take place at the same 13-mile VW Group-owned Ehra-Lessien test track that witnessed an unrestricted Veyron Super Sport hitting 268mph back in 2010.

Hennessey is also expected to try for 300mph with its forthcoming Venom F5 which, unlike its Lotus-based predecessor, will be an in-house design developed from the ground up as a Chiron-beating hypercar. It'll be revealed later this year and a new world record attempt could follow in 2018.

According to Guinness Word Records, the Veyron SS remains the record holder for the fastest production car seven years after its high-speed attempt. How long will it continue to cling onto that record?

Bugatti Chiron was born to devour miles on the Autobahn
++6