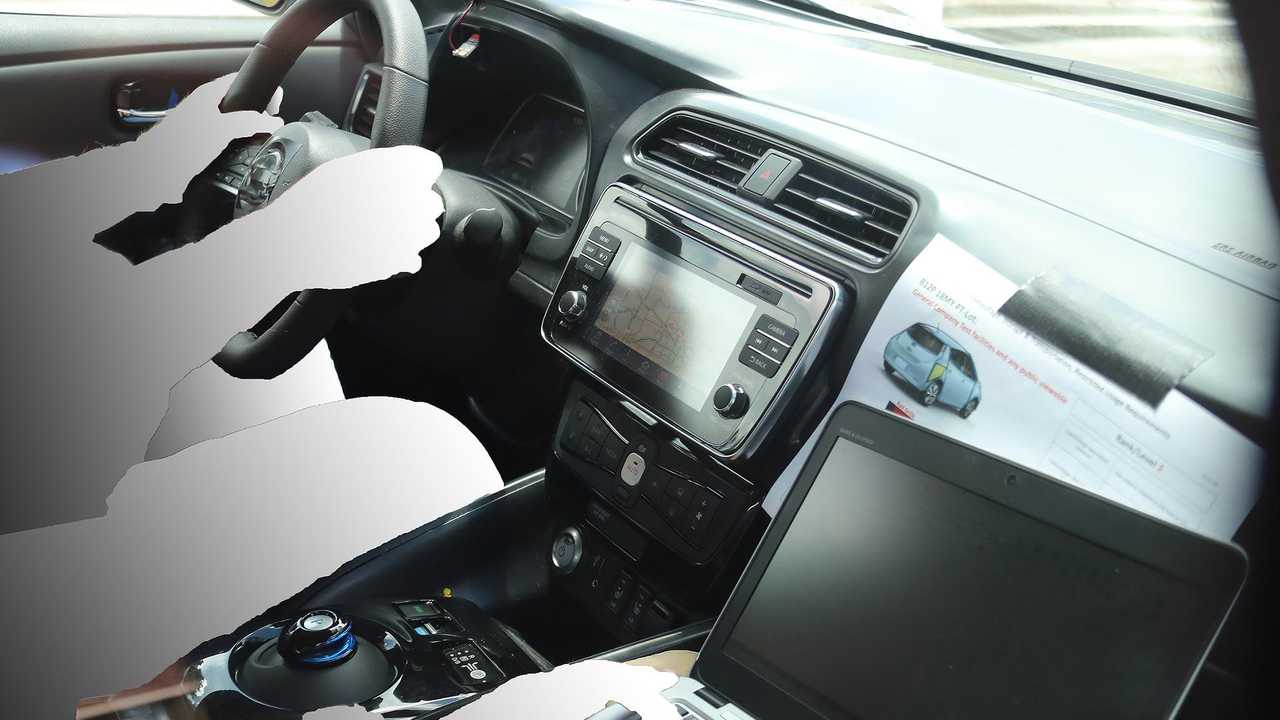 Nissan will reveal the all-new second-generation Leaf electric car in a huge global event in Tokyo on 6 September. Ahead of that, the firm has promised to reveal teasers of the new vehicle, which will replace the innovative British-built original that's just clocked up 20,000 sales in the UK.

We can't wait that long, though – and this week, our spy photographers have come up trumps with some revealing shots of the all-new Leaf... both outside and in. Externally, it's clear the new Leaf is to get a much sharper and more distinctive look than the rather blobby current car. Nissan showed off a radical concept car, the IDS Concept, at the Tokyo Motor Show a few years ago: the Leaf looks like it's taking some of that car's inspiration through to production.

Features such as the jewel-like headlamps have already been teased by Nissan, but our eyes are drawn to the sharp-edged grille, creased body sides, stand-proud rear lights and generally less oddball profile of the new Leaf. As the current one is already the world's best-selling EV, this bodes well for the new one.

Particularly as it looks like it's to get a much nicer and more sophisticated interior. Wearing little disguise, our spy shots show a modern dash very much in the style of the popular Nissan Qashqai crossover, with a prominent central touchscreen and all-digital dial pack. Levels of fit and finish appear to have taken a big step forward, yet some features of the original still remain, albeit modernised: see the spaceball-style central controller for evidence of that.

Whether we'll see any more revealing spyshots than these ahead of the new Leaf's September reveal remains to be seen; they're perhaps already enough to have rival brand sitting up and taking note. Following its debut, the all-new Leaf should be on sale by early 2018, with a standard model expected to have a range of around 150 miles, with a pricier 60kWh version taking this well over 200 miles.

Has Nissan already secured best-selling EV stats for the next few years? On this evidence, it's in with a very good shot...