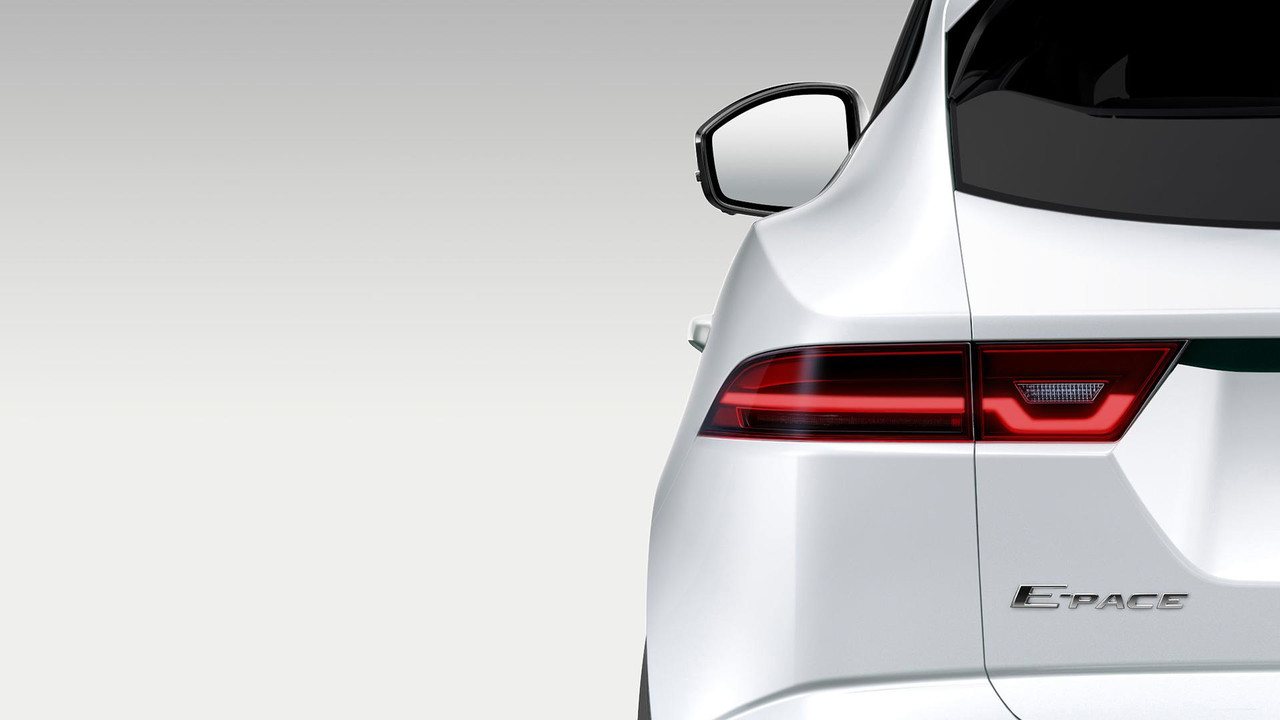 The new Jaguar small SUV will be called E-Pace and prices will start from £28,500 when it goes on sale later in 2017. The new model will compete with the BMW X1 and Audi Q3, and could become Jaguar's best-selling model overall, beating even the smash-hit Jaguar F-Pace.

Today's official image release is just a teaser, ahead of the model's full world debut on 13 July. Jaguar is, however, happy to confirm the target £28,500 starter price, and also tell us it will use a range of all-British, all-Ingenium petrol and diesel engines. Expect ample connected tech and safety features too, adds the firm, and it will of course offer all-wheel drive.

What we don't yet know are exact technical details of the Jaguar E-Pace. However, given the plethora of spy shots over the past year or so, it seems likely the new baby Jag SUV will use a variation of the Range Rover Evoque platform – meaning entry-level models could come in front-wheel drive guise, matching both the X1 and Q3. It's likely to be built under contract in Austria, as Jaguar Land Rover's UK car plants are all at capacity.

Jaguar design director Ian Callum said: "The combination of sports car looks with Jaguar performance will ensure that the E-Pace stands out. Every Jaguar is designed to excite the senses, and we think E-Pace will do just that, albeit with its own individual character."

The launch of the Jaguar E-Pace will further grow Jaguar sales, which already rocketed 83 percent in 2016 thanks to the success of the F-Pace. There is a third Jaguar SUV on the way as well: the I-Pace EV SUV will go on sale next year, to take on the Tesla Model X.