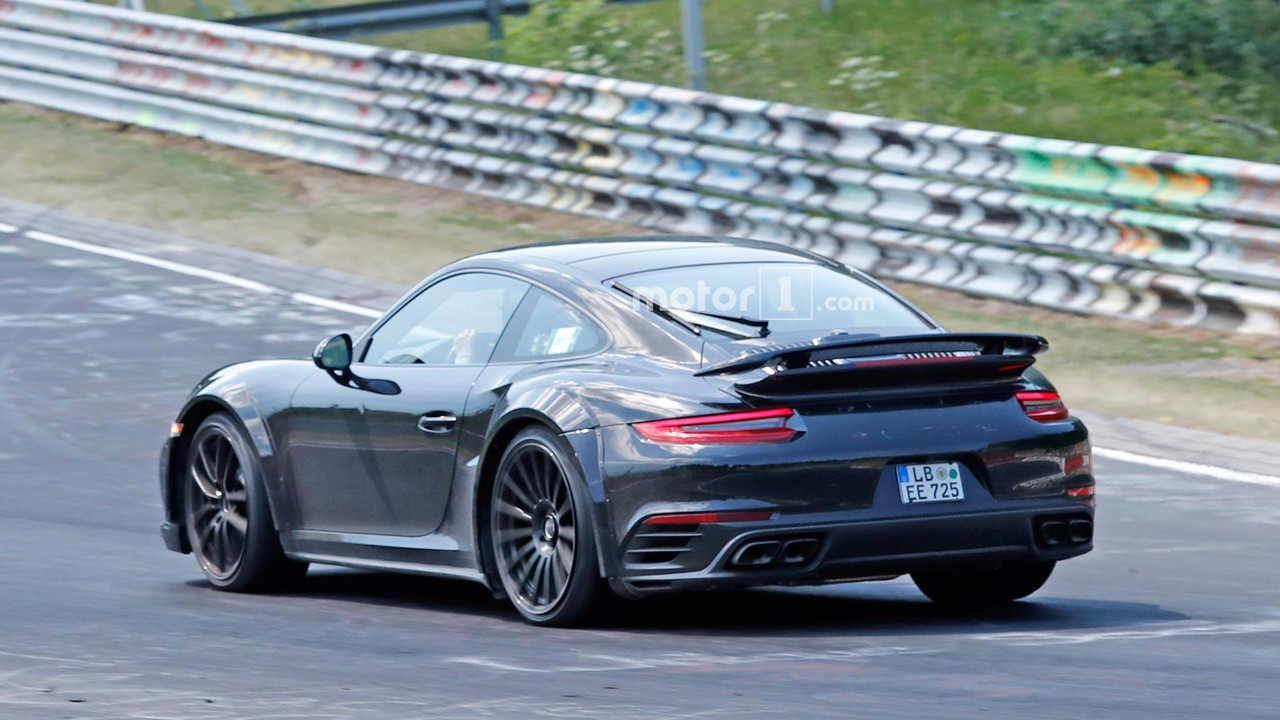 It's already been spied many times: the current Porsche 911, codenamed 991, is set to be replaced within the year by a new 911 992 model. Porsche is looking to hit the ground running as well: not only is it hard at work developing the core Carrera models, it's also busy developing the future 911 Turbo model.

Here is that very car, hidden beneath a modified version of the current 991 body. The modifications are hardly subtle: huge front and rear wings, plus broader track and bigger wheels, mean it looks quite the home-grown special at first glance. But appearances are almost certainly deceptive, for beneath the bodywork lies a seriously powerful engine.

How powerful? Rumours are the new 911 Turbo's uprated 3.8-litre twin-turbo flat-six engine will boast a full 600hp – after all the current special edition 911 Turbo S Exclusive Series has already toppled this, and Porsche won't want to be seen taking a step back with the new model.

And if you think that sounds fanciful, consider this: similar rumours suggest the very same engine in the recently-revealed 911 GT2 RS will produce a monster 700hp, suggesting there's plenty of wiggle room left in it for future-gen 911 Turbos.

It's early days yet: this raw-looking prototype was probably proving the car's basic integrity on a modified version of the regular model's platform, rather than being a fully ground-up prototype build. But its emergence nevertheless proves Porsche's readying the next-gen 911 onslaught, which will begin in 2018: as for the Turbo, look to 2019 for that to power into view. Best get preparing for the power rush.