Because they all want the hot hatch lap record.

We have been busy this week driving the all-new Honda Civic Type R, and pitching it against the Ford Focus RS to see which is the current hot hatch champ (no spoiler alert here: watch the video yourself to find out which wins...). Other car manufacturers are not taking the challenge lying down though – and hot Renault division Renault Sport is one brand very publically working on its upcoming rival.

It's already been previewed at the Monaco GP, and now Renault's getting stuck into lapping the Nürburgring to find ways of stealing a march over its rivals. Which gives our spy snapper the perfect opportunity to take a plethora of shots of the camouflaged car so we can try to tell what it looks like beneath the disguise. 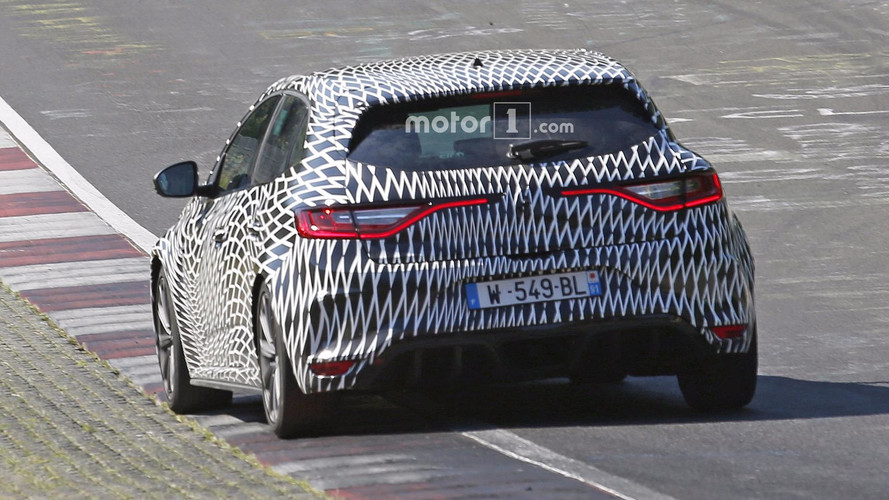 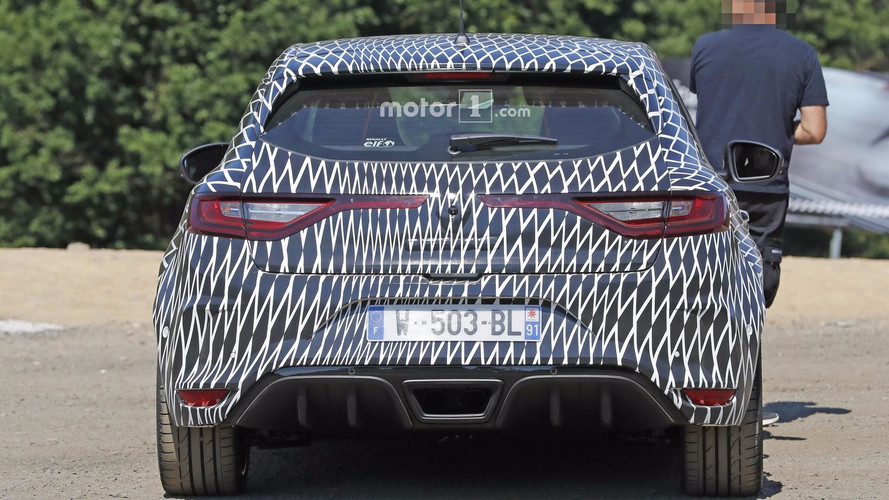 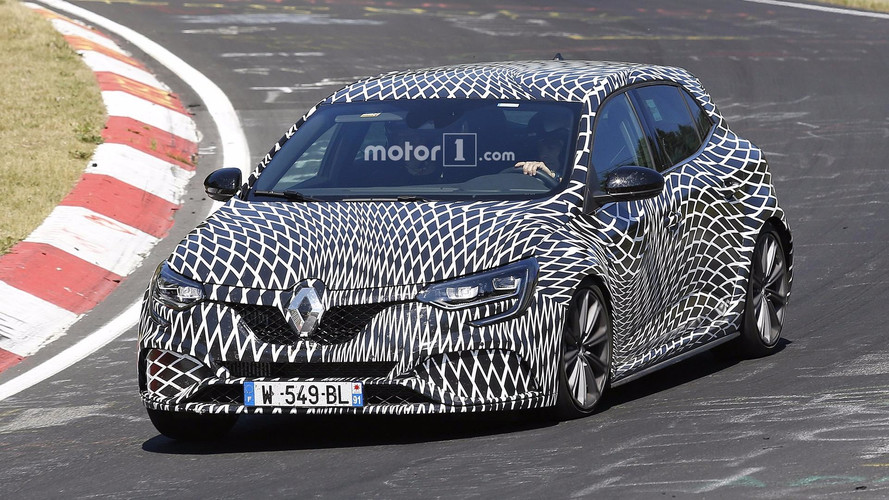 One thing is immediately clear: it's not going to be anything like as extreme-looking as the Civic Type R. It rides low, with huge air vents up front and a beefy diffuser at the rear, but Renault has kept the wings and spoilers relatively sensible, at least as far as we can tell.

Interestingly, we also spotted a 4Control badge on the B-pillar: this is Renault-speak for four-wheel steering, and it's already fitted to the Megane GT. Expect its effect to be further optimised for the RS model – although we also hear it may be a cost-option feature, for those purists who prefer to keep their hot hatches old school. That's also why Renault is offering a manual gearbox option alongside the six-speed paddleshift automatic.

We still don't know what engine is powering it, though. The current rumours are a version of the Alpine A1110 sports car's 1.8-litre turbo, producing 300hp, or a fiery variant of the Renault Clio RS' 1.6-litre turbo; we reckon the former is more likely. On September 12, we'll find out: that's when Renault will reveal all.

The sheer amount of time Renault's spending at the Nürburgring suggests it's almost certainly planning to try for a new front-wheel drive lap record. The current time to beat? 7 minutes and 43.8 seconds – set by, yes, the Honda Civic Type R...