Five Things We Learned From The 2018 Volkswagen Polo Launch 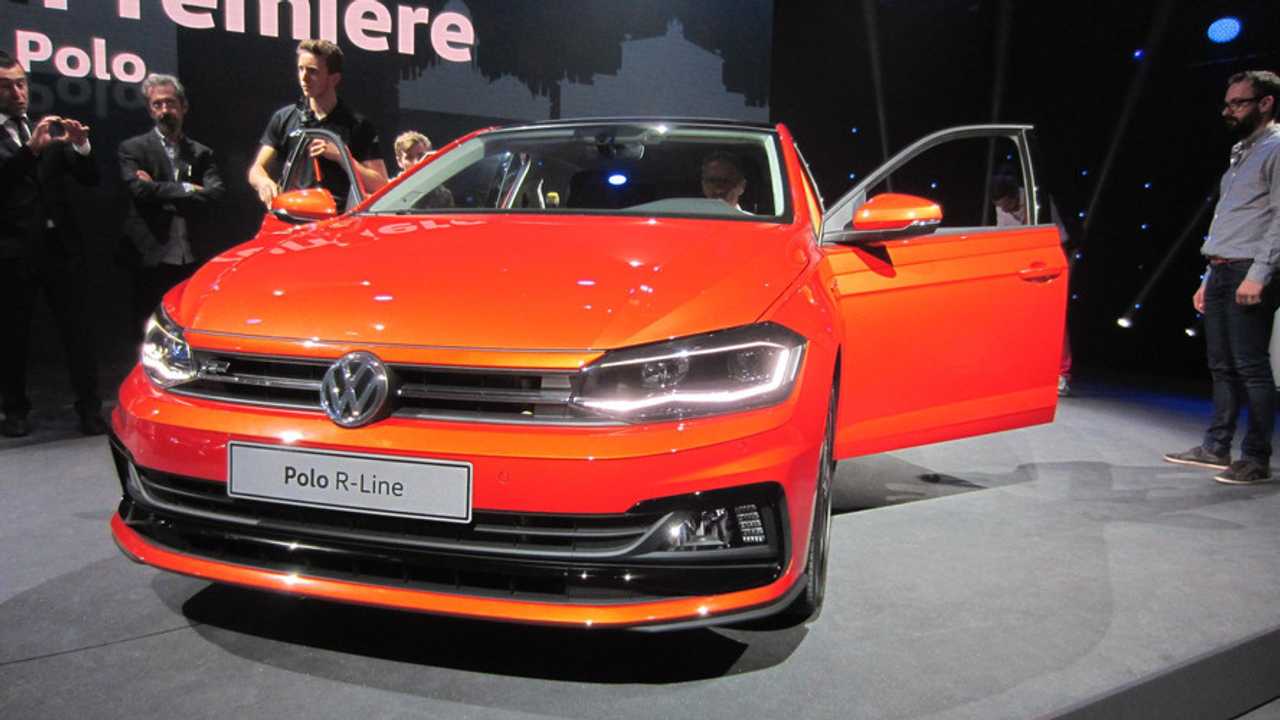 Ambitious plans, new apps, loads of SUVs – it's all kicking off at Volkswagen.

Volkswagen revealed the latest version of its Polo supermini in Berlin at the end of last week, and in the middle of the smoke machines pumping (could have done with some emissions controls there) and the strobe lights whirring we picked up some interesting snippets while we were there.

The German manufacturer announced a new app that is being trialled in Berlin.

WePark is aimed at all car drivers, and recognises what car park you’re in based on GPS, tells you how much it costs, then takes the money for however long you’ve been there. Nifty.

It will spread to other German cities soon – and from there, the world. Possibly.

The new car looks much better in the metal than pictures, but yikes is it big (see above: the front end is almost as tall as a grown man).

The Polo has expanded in every direction except up (if you’ll pardon the VW range pun), growing 7cm wider and 9cm longer in the wheelbase. A 7mm reduction in height makes it look squat and purposeful, emphasising that width gain.

The crazy thing is that the new Polo is bigger than the fourth-generation Golf, which was on sale until 2003.

The whole event was quite the show, a hefty event with hundreds of journalists from around the world, complete with the usual new car launch bluster.

Still though, there was an underlying nervousness and sense that things have to be put right for Volkswagen to get back to its previous levels of success. Which brings us on to our next point:

The company’s got plans to have a massive 19 SUVs on sale by 2020 (as opposed to 19 massive SUVs) – which means they will make up 40% of the range. The strategy is one long flirtation with the US, which Volkswagen wants to win back after the Dieselgate scandal.

200hp is an attention-grabbing headline power figure – the 2.0-litre petrol engine (up from a 1.8-litre producing 192hp) has been transplanted from the Golf GTI, leaving the bigger car with some soul-searching to do.

The 6.7-second 0-62mph is only a second slower than Honda’s new Civic Type R, which is seen as a properly quick and serious performance car (have a look at our exclusive Type R vs Focus RS video).