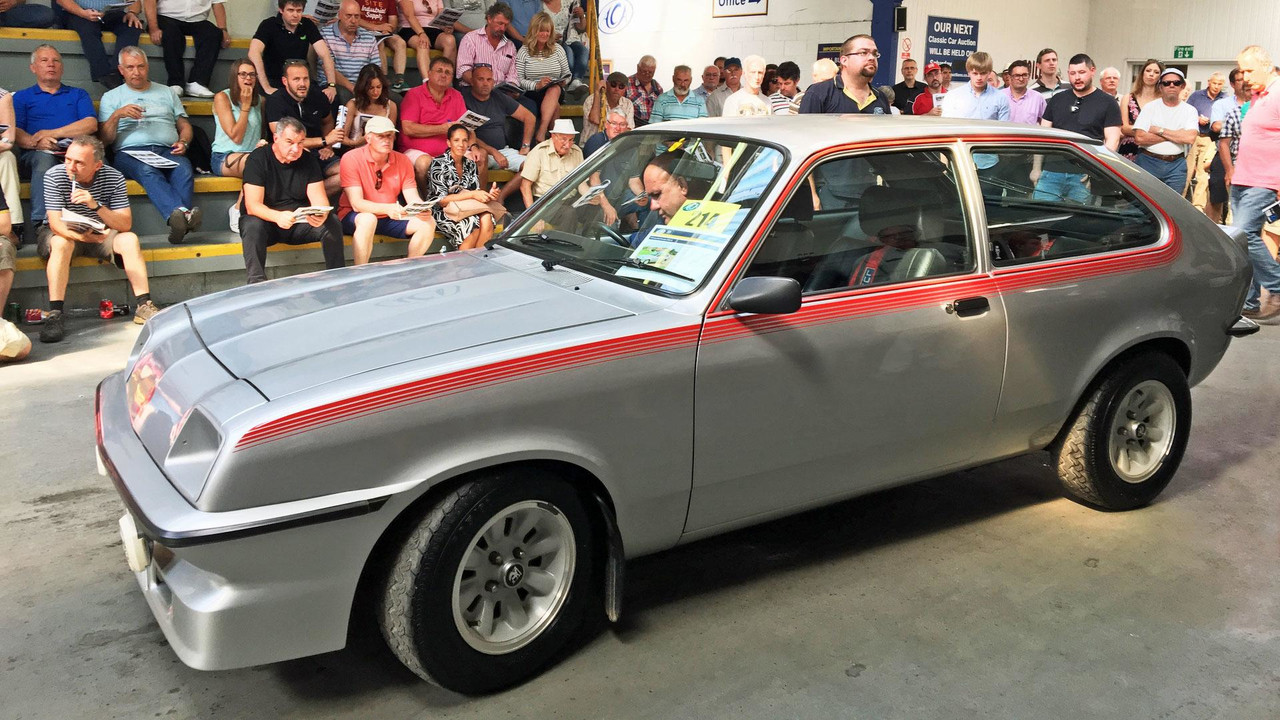 It wasn’t the only surprise at this weekend’s Anglia Car Auctions sale.

A rare 1978 Vauxhall Chevette HS has sold at auction for an incredible £28,000 plus fees – despite failing to start on the day of the sale.

Powered by a 2.3-litre twin-cam engine, the Chevette HS was launched in 1978 for Group 4 rallying homologation purposes. It produced 135hp and was intended as a competitor for the Escort RS2000, which was proving to be a hit for Ford – both as a rally car and on the road. A total of 400 were made (in line with homologation rules), but a lack of appetite for an expensive souped-up Chevette meant Vauxhall struggled to sell all of them.

This example was bought new by a Mr Nelson and stored carefully in his garage next to his Rolls-Royce until his death two years ago. The car was then bought by a Lincolnshire Vauxhall dealer, where it took pride of place in the showroom.

The Chevette – believed to be one of the best left in existence – has covered just 7,800 miles over its 39-year lifetime and its condition is that of a new car. Despite this, it failed to start and was pushed through the auction hall… appropriate, considering its period nickname as the Vauxhall ‘shove it’.

The auctioneer at the Anglia Car Auctions classic sale on Saturday insisted it was out of fuel, and jested that they’d put some petrol in it for the winning bidder. The hammer fell at £28,000 – rising to £29,680 once fees are added.