You could win a special Aston Martin Vanquish S for £20 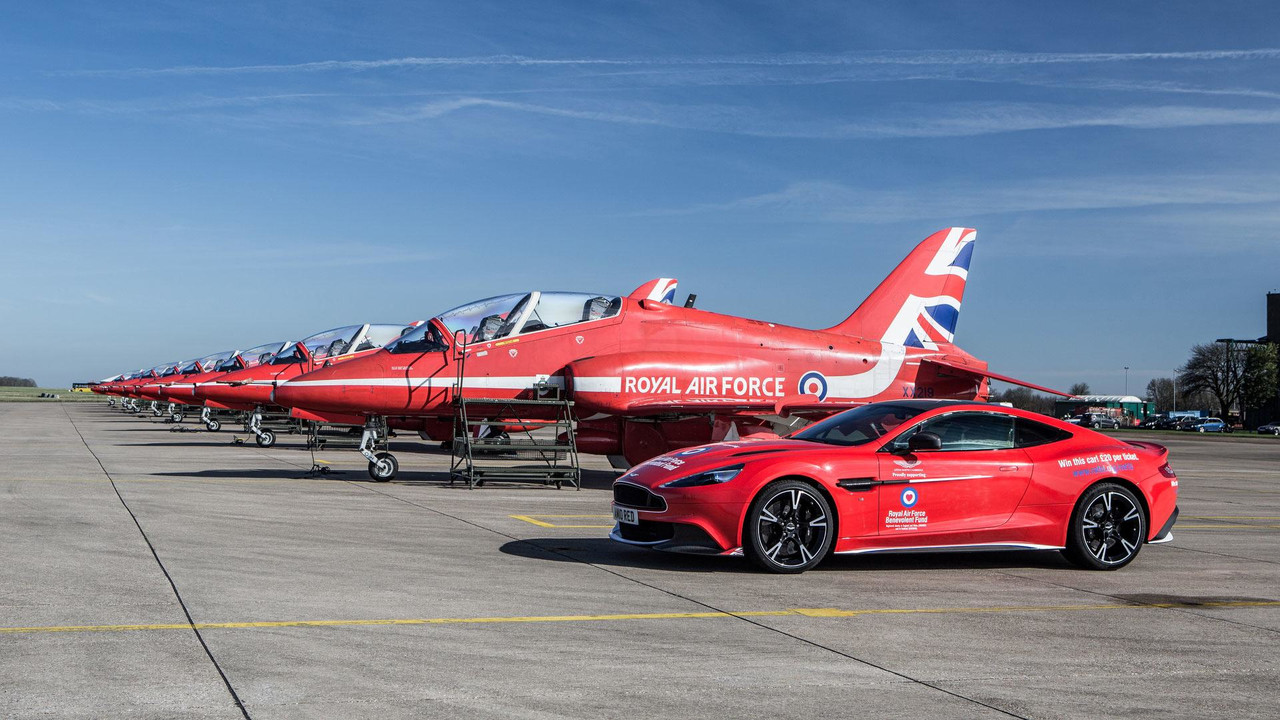 And it’s all for charity...

Aston Martin revealed its latest Q creation in April: the Vanquish S Red Arrows edition finished in the same bright red colour as the Hawk jets used by the RAF’s display team, complete with a blue and white racing stripes as a nod to the Red Arrows’ smoke trails.

Just 10 of the Vanquish S Red Arrows edition will be produced – with nine going to lucky customers at a cost of £275,000 each. The final one is going to be raffled at £20 per ticket to raise funds for the RAF’s benevolent fund.

The fundraising will support 60,000 current and former members of the RAF and their families, say the organisers, with the sale of one ticket providing a veteran with two hot meals and company at an RAF benevolent fund lunch club, or contribute to sending them on a course as they return to civilian life.

The raffle is being backed by Dame Judi Dench, who said: “I’m a huge fan of what the RAF benevolent fund does to provide vital help to past and present members of the RAF and their families. When they asked me to support this raffle, I just couldn’t say no. The lucky winner of this Aston Martin Vanquish S Red Arrows prize will certainly have a licence to thrill. I’ll definitely be buying a raffle ticket or two...”

The rare Aston Martin, commissioned by Aston Martin Cambridge, is also available with an accessory pack including racing helmets and suits, a 1:18 model of the car and a model of the Hawk jet used by the Red Arrows.

“We have supercharged the conventional raffle,” said the chief executive of the RAF benevolent fund, air vice-marshal David Murray. “This is one of the most exclusive Aston Martin cars ever built – a once in a lifetime prize. By buying just one ticket you will not only have the chance to drive away in the ultimate sports car, but you’ll also be offering your vital support to help current and former members of the RAF in their time of need.”

A winner is expected to be chosen by the end of the year. Tickets will be sold at air shows throughout the summer, as well as through the RAF benevolent fund’s website.