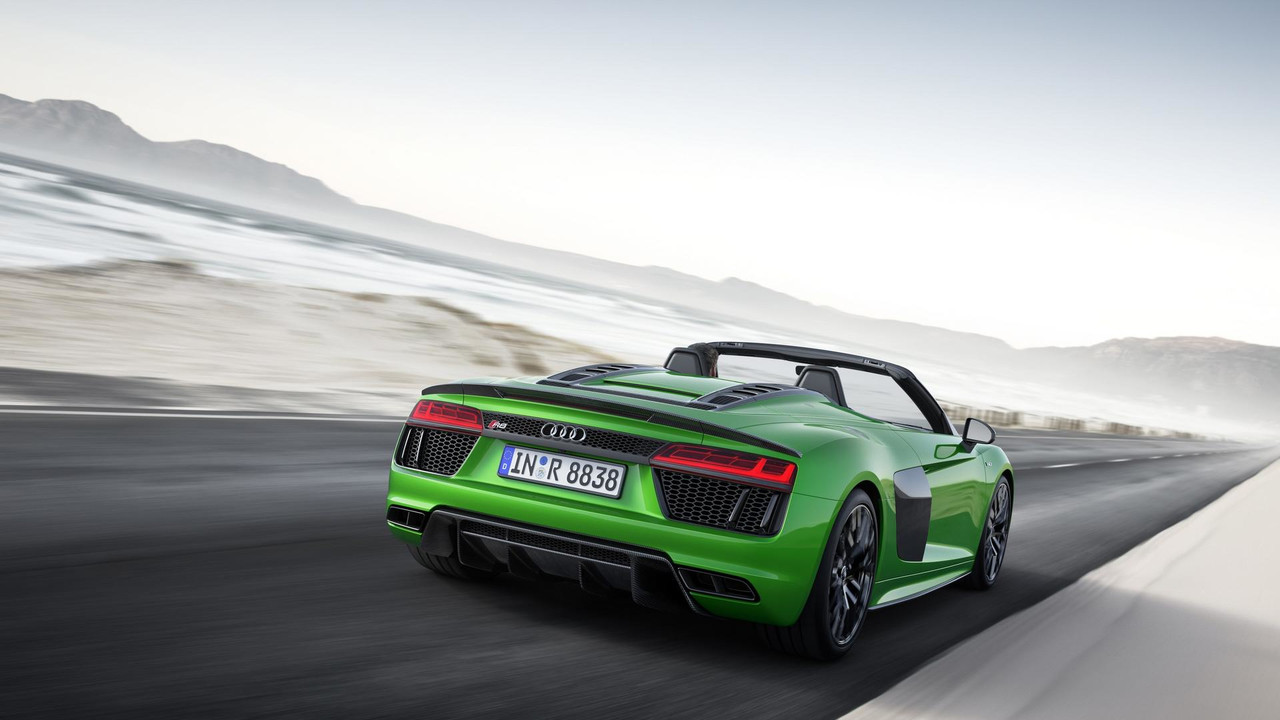 It seemed an odd omission from the range: when Audi launched the new R8 Spyder last year, it did so in 'basic' 540hp guise. A more potent Plus model was available with the R8 Coupe, but not as a drop-top. Did this mean Audi research showed soft-top buyers weren't all that bothered about speed after all?

The R8 Spyder V10 Plus isn't only more powerful, either, but it's been on a bit of a diet. 25kg has been taken out of its kerbweight, dropping overall mass down below 1600kg. Not bad for a big, potent open-top supercar like this, and helped by the standard fitment of forged alloy wheels and carbon ceramic brakes.

There's the option of an exclusive micrommata green paint finish as well, which is shown here in all its vivid glory. It's offset by an anthracite grille, black exhaust tips and an almost entirely black finish for the Nappa leather-clad interior, which also gets Audi's brilliant 12.3in Virtual Cockpit instruments.

On-the-road prices start from £147,470 and Audi says ordering will be open at the end of the month. Presenting sun-seeking supercar buyers with something of a dilemma – see, McLaren has also this week revealed the new 570S Spider, its first-ever Sports Series drop-top, and a car that's going head-to-head with the Audi for the first time. List price of that is £164,750, which at this level, is neither here nor there.

Which, then, would you go for, and why? It's a dilemma most of us can only dream of, but hey – the sun is out, so let's dream away, and share our open-top supercar fantasies below.