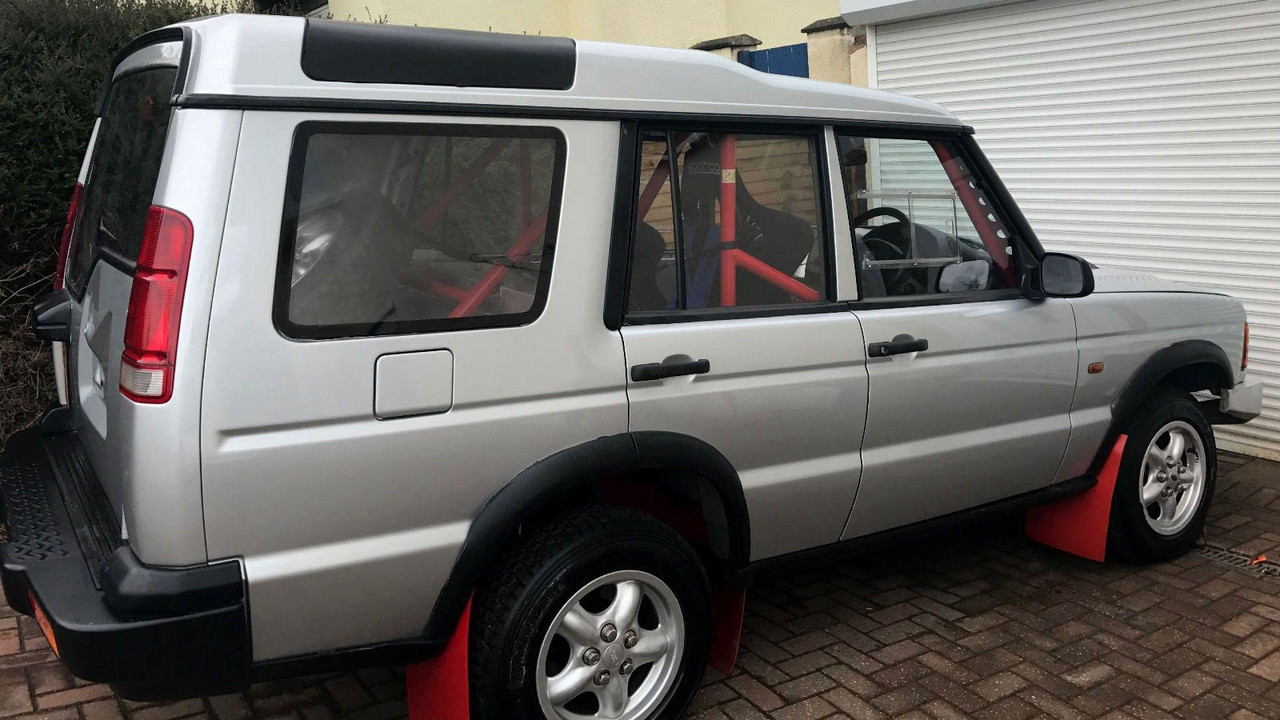 Land Rover fans have probably seen the video of a Discovery 2 drifting around a corner as part of a rally stage in Somerset last year. Not only did it handle the hairpin in a more agile manner than an old Disco has any right to, it also sounded fantastic in the process.

That's because this Discovery is far from standard – and it's on eBay right now, with bidding at a very reasonable £7,500.

So where do we begin with the modifications? Well, for a start, there's an engine out of an E36 BMW M3. It's been tweaked in the form of a remap, along with a de-cat exhaust system and throttle bodies to produce around 350hp.

The gearbox was originally from a later TD5 Discovery, with a shortened transfer box and low range removed. It's also locked in diff lock (most D2s made do with traction control) while the gear ratios have been tweaked to provide maximum acceleration and limit top speed to around 105mph.

A viscous coupling from a Porsche 911 splits power between the axles, sending most to the rear (hence the epic sideways video), while Brembo brakes from a BMW 750iL provide adequate stopping power. In a bid to lose weight, the seller says the body has been "extensively lightened," with all bracing removed and glass replaced with clear plastic panels.

That's just scratching the surface of the epic modifications made to this Discovery – it's worth giving the eBay advert a read for the full low-down. At the time of writing, there's just over six hours left of the auction and 28 bids means it currently sits at £7,500. That strikes us as a very reasonable figure for a frankly bonkers way into rallying.

Oh, and if you're wondering – the seller says it's road legal with an MOT until March 2018. It could make a brilliant family hack (as long as the kids are happy to stay at home... there's just the two seats).