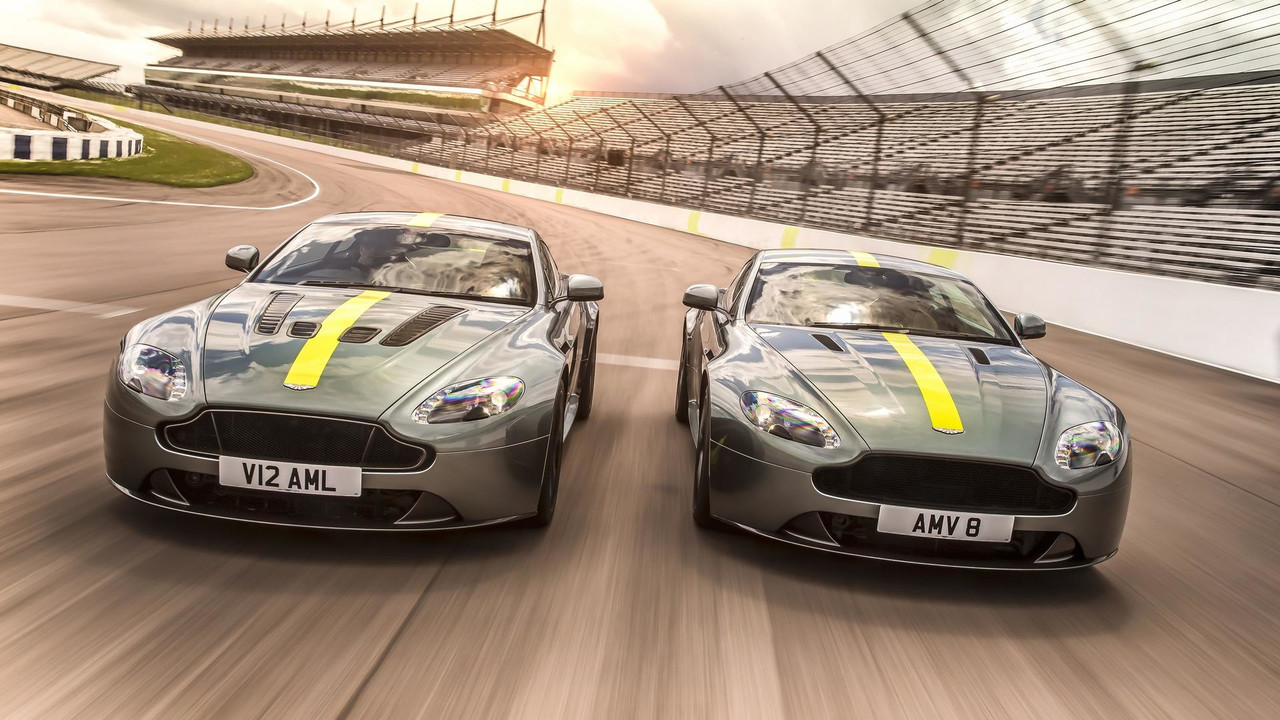 The AMR is more than just a run-out special.

The stunning Aston Martin Vantage is set to be replaced next year – but in the meantime the British sports car manufacturer has revealed a limited edition badged the AMR (Aston Martin Racing). It’s perhaps a little unfair to describe this as simply a run-out model, however. It’s the first Aston road car to get the AMR branding and it takes cues from the track-only Vantage AMR Pro revealed at this year’s Geneva Motor Show.

Customers will get a choice of V8 and V12 flavours with either a paddleshift auto or a six- or seven-speed manual ’box (in the V8 and V12 respectively). Power’s been given a boost, of course, with the V8 producing 430hp and V12 a respectable 565hp.

Inside, a combination of leather and Alcantara is available, while the Halo Pack offers splashes of lime green to contrast with the exterior body colour. For those wanting an extreme interior and exterior look, lightweight carbonfibre seats are offered, as are a host of other carbon features such as a lightweight front grille, mirror caps and door grabs on the inside.

An optional forged aluminium AMR Vantage wheel mimics the design of those fitted to the AMR Pro concept, while an optional titanium exhaust can save 14kg over the standard V12 Vantage system.

“It’s a real thrill to see our first AMR model go into production,” said Aston Martin’s president and CEO, Dr Andy Palmer. “The Vantage has been an incredible success for Aston Martin, both in V8 and V12 forms. As our most agile and athletic road car, and our long-time representative in the world of GT racing, it is the perfect model with which to introduce the exciting AMR range.

“Unmistakable in look and feel the Vantage AMR will appeal to our most enthusiastic customers. These are people who love our cars for their motorsport pedigree, and for their unmistakable dynamic and emotional qualities. Limited production numbers will undoubtedly make them extremely collectable, but they’re so good to drive I’m confident we’ll see many of them being enjoyed both on the road and at track events around the world.”

The Aston Martin Vantage AMR will make its public debut in both V8 and V12 forms at this weekend’s Le Mans 24 hour race, while deliveries are expected to begin later in 2017. UK prices start at £97,995.