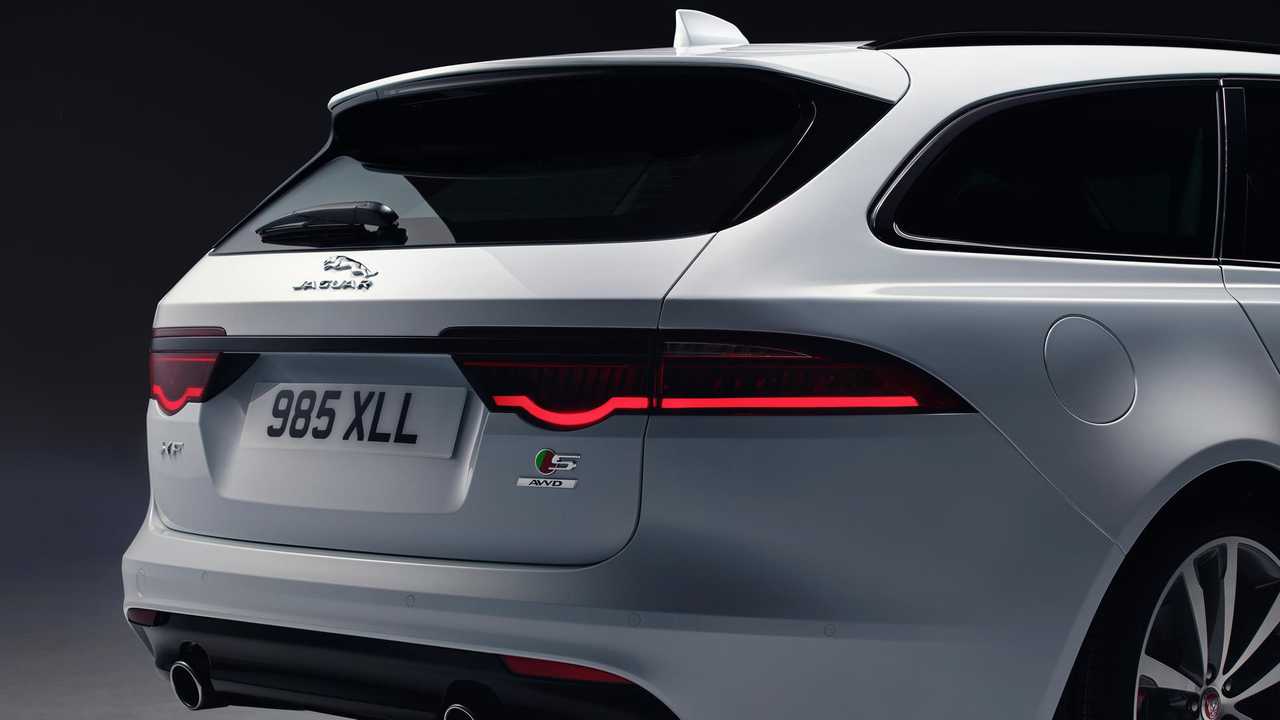 A Jaguar to carry your fridge to the tip.

Jaguar has revealed the new estate version of its second-generation XF, called the Sportbrake.

Taking the covers off the car at the Castle Bromwich factory where the new wagon is to be built, Jaguar designers and engineers said they felt confident they had built a best-in-class car.

The Germans don’t need convincing of the Sportbrake’s merits – the previous-generation version of the car outsold the saloon model 60% to 40% there, but that enthusiasm for estates isn’t always reflected in other countries. Nevertheless, the Sportbrake is set to go on sale shortly in China and the US.

The XF was designed from the outset with an estate version in mind and engineers have made a series of changes to the layout of this estate model in order to meet customer demands: Jaguar tells us you can fit two electric buggies and two sets of golf clubs in the XF Sportbrake without even having to put the seats down.

In case anyone needs convincing of the merits of the car, the Sportbrake gets a range of enticing options and standard kit.

There are full LED lights front and back, for instance, with the new units at the rear of the estate designed to resemble those on the F-Type sports car. A powered tailgate comes as standard and there’s an electric towbar controlled from the driver’s seat that stows out of sight when it isn’t needed.

The Sportbrake even comes with fancy air suspension as standard to help with carrying heavier loads.

The innovative panoramic glass roof that comes as an option on the XF Sportbrake gives an unobstructed view upwards. Jaguar says that it wanted to make the glass roof larger, but its 1.6m length is exactly that of the oven capacity of the company that supplies the panes.

With a company like Jaguar the difference is in the details – you can even specify the car with a little extra flap of carpet in the boot that folds out to protect the trim around the opening.

The hidden detail is important too – Jaguar was ahead of the game in switching to aluminium construction with its cars – the XJ got that back in 2003. The Sportbrake uses all of that knowhow and more, with a little splash of magnesium thrown in for good measure.

Use of lighter materials such as aluminium cuts fuel consumption and CO2 emissions, and ultimately running costs – the new XF saloon last year cut 198kg over the previous model, and the new Sportbrake tips the scales at a relatively lithe 1,660kg.

The XF’s engine range is made up of newly developed units from Jaguar Land Rover’s Ingenium range – a set of 2.0-litre four-cylinder petrol and diesel engines that are designed to be flexible and cheap to manufacture.

Transmission-wise, the entry-level diesel car comes with a six-speed manual gearbox and the rest of the cars get an eight-speed automatic.

The new XF Sportbrake range’s trim levels include:
Pure, Prestige, Portfolio, R-Sport, S
(Prices start at £34,910, but prices yet to be confirmed for the rest of the range)

What we say: The new XF Sportbrake is a practical proposition, with its clear boot space and flat load bay. Jaguar dealers are already taking orders, and we think if we were to start considering which one we might order, it would likely be the mid-range 180hp 2.0-litre diesel in Prestige or Portfolio trim. We’d definitely want to keep some money aside for the panoramic glass roof...