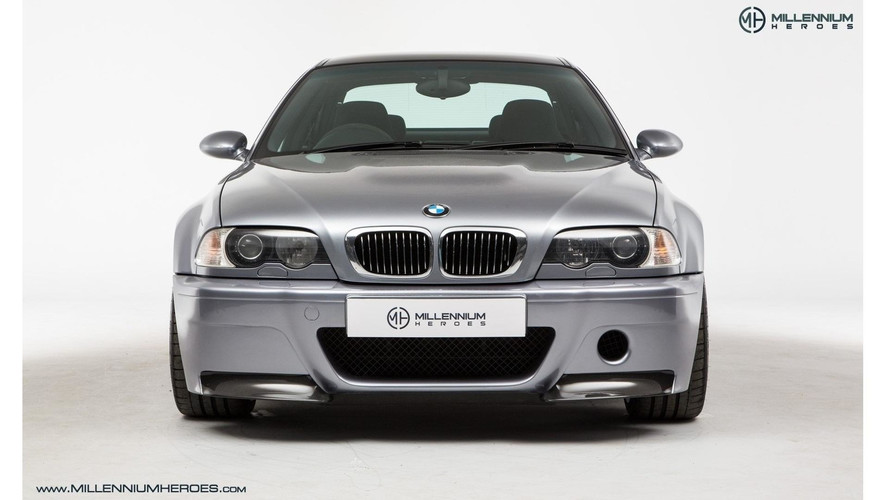 Can a 14-year-old BMW with a £45,000 asking price really be described as a bargain? Well, when it concerns the desirable E46 M3 CSL – one of just 535 ever sold in right-hand-drive spec – it seems the answer is most certainly... yes.

This example of the CSL (which stands for Coupe Sport Lightweight, if you're wondering) has covered a not unreasonable 87,452 miles over its lifetime, but the seller says it's had more than £15,000 spent on it by its current owner. Upgrades include new wishbones, rear springs, ball joints, and a new clutch – all of which should help it drive like it did the day it left the factory.

The advert also suggests it's had a new power steering hose – a common issue, apparently – and a BMW dealer has given the boot floor a full inspection and not discovered any cracks or damage (despite rumours, it wasn't actually made out of cardboard). It also has a full wad of service history which should make spending £45,000 on a rare BMW a little easier to stomach.

This example is finished in the most desirable Silver Grey Metallic (Black Sapphire Metallic was also available), and weighs a chunky 110kg less than a standard M3 of the same vintage. This was achieved by removing sound insulation, sat-nav and electric seats, while thinner glass was also used and a carbonfibre reinforced roof panel.

Power from the standard car's 3.2-litre straight-six engine was boosted by 360hp, meaning it'd hit 62mph in 4.9 seconds before topping out at 161mph. All that power was channeled to the rear wheels through – and this is the downside – an SMG sequential gearbox. This was loathed by reviewers in the day, but we could probably live with it today in order to own one of the most desirable BMWs ever sold.

While you might question the logic of spending £45,000 on an old M3 CSL when a brand new M3 can be picked up for around £13,000 more, you ought to look at the price of other M3 CSLs in the classifieds. They regularly sell for closer to £60,000 and, with a little care, you could have a serious investment on your hands.