Fancy a used car that gives a new meaning to Cruise control? The Kia C-apostrophe-D used on Top Gear for five years as its reasonably priced car is up for sale on eBay.

Currently bidding sits at £2,350, but this Kia Cee'd is surely set to reach some heady numbers as an iconic slice of modern motoring. Who else would be able to say that they've shared their driving seat with the likes of Tom Cruise and Cameron Diaz?

The Kia has driven just 7,150 – admittedly rather strenuous – miles and is powered by a 1.6-litre petrol engine. The interior has been partially stripped out and replaced with bucket seats and a roll cage to ensure the safety of some of the planet's most recognisable faces.

The added protection is a bonus, but it does mean you have to cable-tie rear passengers to the bars. 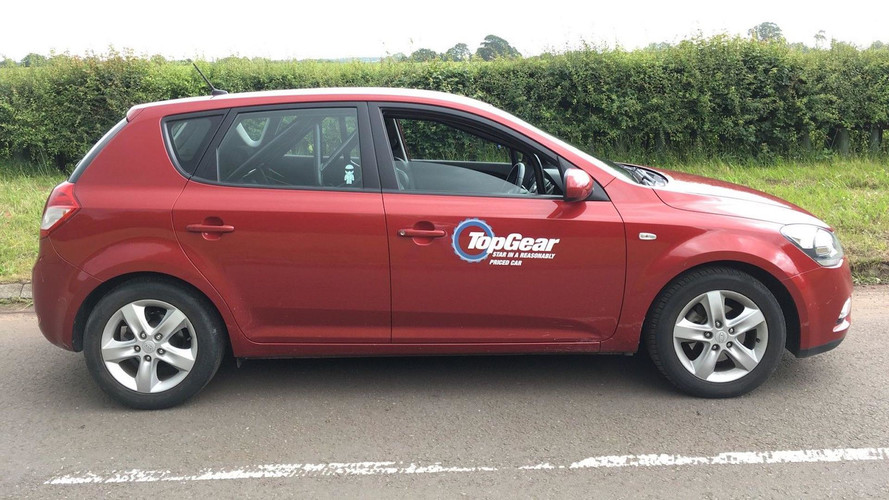 As mentioned, the Kia has been the plaything of 24 celebrities in total. It was just the third vehicle of four used for the segment throughout the entire series, following the Suzuki Liana and Chevrolet Lacetti, and preceding the Vauxhall Astra. The five fastest around the track in the Kia were current host Matt LeBlanc, Rowan Atkinson, Michael Fassbender, John Bishop and Tom Cruise.

The auction will last for eight days ending on 18 June 2017 – the seller says it 'drives and feels like a new car' and that the tyres have 'loads of tread left'. Could be worth a look.