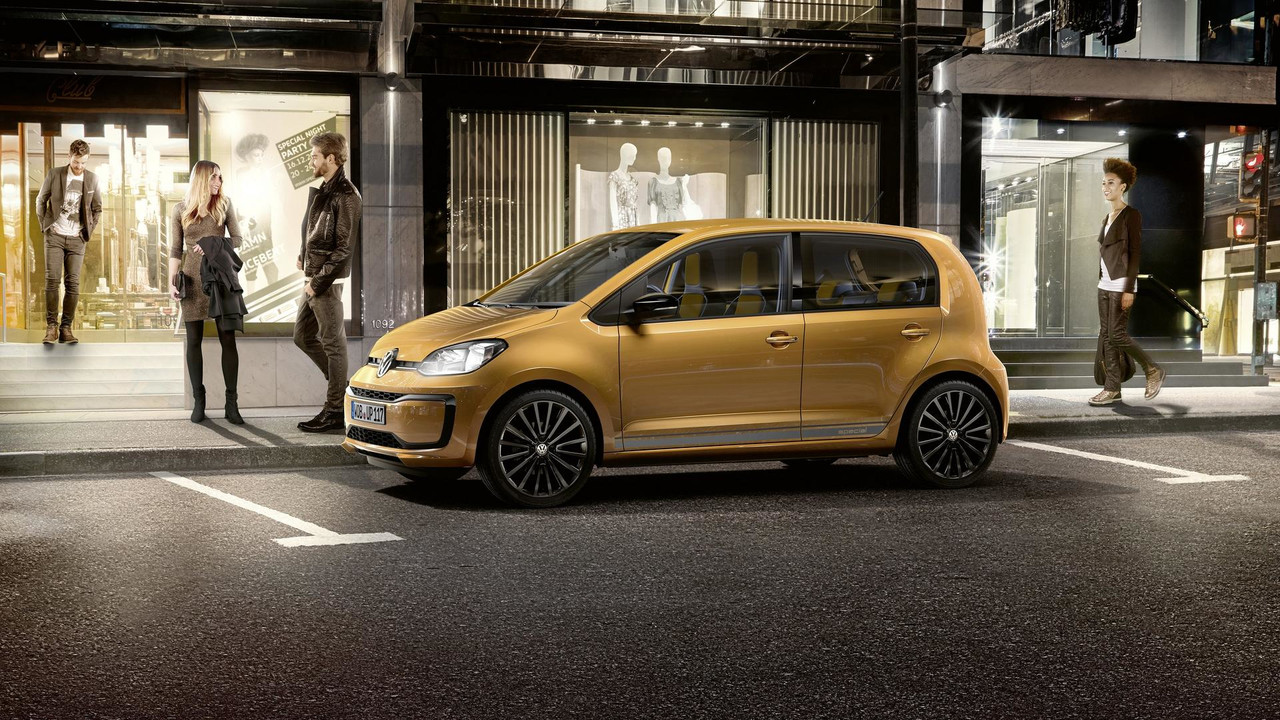 If the new Volkswagen Up GTI isn't for you, VW has given its popular city car the luxury treatment in the form of a new special edition inspired by a 1982 Beetle. Based on the Beetle 'Special Bug', the Up special edition can be finished in an eye-catching Savana Gold paint contrasted with black alloy wheels and dark mirror caps.

The Up special edition – which hasn't been confirmed for the UK – is also available in a more understated black finish combined with bling 17-inch alloys and 'special' letting to separate it from the standard model. Volkswagen is yet to reveal pictures of the interior, but it does say it comes with heated front seats and ambient lighting for that special touch.

There's also the option to have the dashboard and seat covers finished in Savana Gold.

Although we're yet to discover whether the special edition is coming to the UK, it's on sale now in Germany with prices for the black one starting at €13,625 (around £12,000), while the gold one is an extra €150 (£132). In Germany, the special edition Up will also be available powered by compressed natural gas.

Volkswagen revealed a close-to-production concept version of its new Up GTI at last month's Worthersee GTI festival in Austria. Powered by an uprated version of its 1.0-litre three-cylinder turbocharged engine producing 115hp, the German brand says it's a nod to the original Mk1 Golf GTI of 1975. Prices for the Up GTI are expected to start at around £14,000 when sales start in 2018.