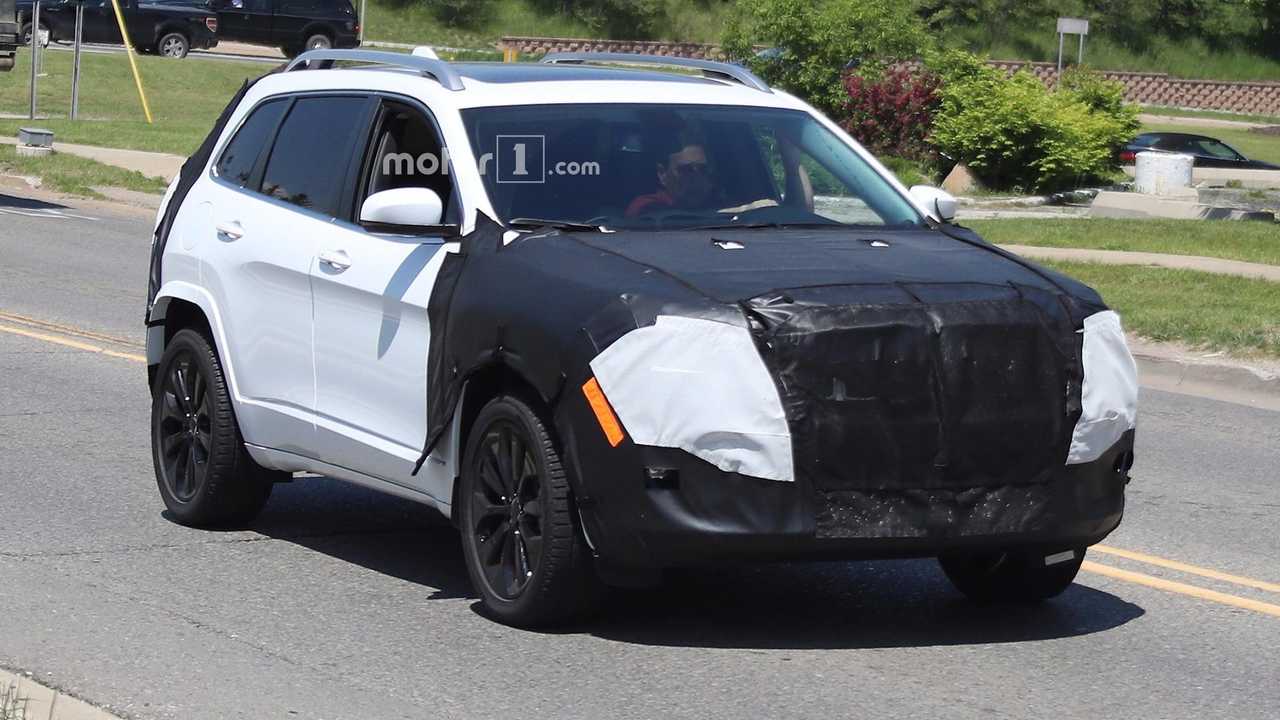 It seems not everyone likes the controversial look.

When the Jeep Cherokee returned to the UK in 2014, it came wearing a rather striking look. Previous models had been somewhat generic, but Jeep wanted to make a statement with the latest model in an attempt to challenge class best-sellers such as the Land Rover Discovery Sport and Volkswagen Tiguan. Enter a distinctive front end, complete with split-up headlights spreading individual units into three layered elements.

It ensured the model got attention, but it seems it may now have been too distinctive for some buyers. Our spy photographers have spotted a mid-life facelift for the Cherokee undergoing development – and it seems those distinctive high-set LED running lights are now to be combined into the headlights themselves. They'll in turn be mounted higher up, making this, literally, a facelift.

Jeep's retaining its trademark seven-bar grille, of course, and it looks like the radar unit for the autonomous drive systems has now been more neatly integrated into the design. Jeep's also painted the bodykit, to make those squared-off wheelarches blend in a bit better. At the rear, it seems less has been been done; as this hasn't particularly roused any controversy, that's perhaps to be expected.

There'll be smarter infotainment technology inside, hopefully an uplift in quality and, under the bonnet, minor tweaks to the existing motors – Jeep has already previously introduced a more powerful diesel engine for the Cherokee, so it's unlikely there'll be major changes on the engines front.

When will we see it? Later this year is the current expectation; as it's a car from the U.S., a debut at the LA Auto Show in early December seems most likely. UK ordering will open in early 2018.