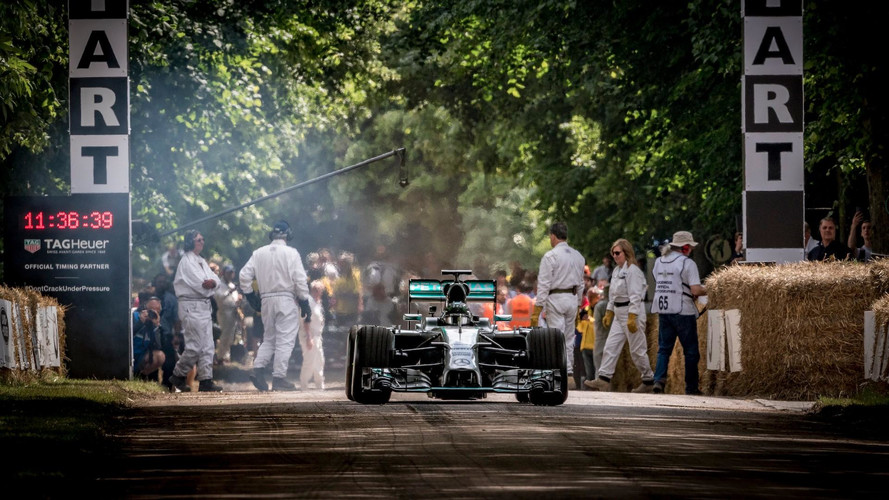 Mercedes will present its new supercar concept along with a handful of classics.

At this year’s Goodwood Festival of Speed, Mercedes-AMG will be celebrating 50 years. The performance wing of Mercedes-Benz started out as an independent tuner in 1967, and in honour of that historic milestone, will be running some of its most iconic models up the infamous hill route at Goodwood.

The most notable run will be from the AMG GT concept, which was revealed at the Geneva Motor Show in March. The four-door sports car is powered by a hybrid 4.0-litre V8 with as much as 805hp on tap. Thanks to a torque-vectoring all-wheel drive system combined with the hybrid powertrain, the concept car is good for a 0-60mph sprint of less than three seconds.

Alongside the GT concept, Mercedes-AMG will be bringing a brace of other performance vehicles, including the new E63 S sedan, the GT C Roadster, the GT R, and the outgoing SLS AMG Black Series.

A replica of the iconic 300 SEL 6.8 – also known as the Red Pig – will make the outing, as will reigning F1 world champion Nico Rosberg, who will drive his 2014 Mercedes-AMG Petronas F1 W05 hybrid up the hill on Sunday.

The 2017 Goodwood Festival of Speed, now in its 24th year, takes place from June 29 to July 2. Since Mercedes is heading the event, the German manufacturer will offer owners access to its exclusive lounge on display of their car key.